On Wednesday, President Trump made an appearance at the Faith and Freedom Coalition conference where he invited a millennial woman up to the stage and to the podium to speak.

Natalie Harp gives credit to the “Right to Try” law that was backed by Trump. Harp has been fighting for her life battling bone cancer. She had been in a wheelchair and suffered severe pain after a nurse’s medical mistake in 2015.

Harp walked to the stage and was looking well as she said, “We all know the story of the Good Samaritan. Well, I was that victim on the side of the road, a victim of medical error. My Good Samaritan, President Donald J. Trump, he saw me there and he didn’t walk by, he stopped.”

The president signed the law that supports allowing terminally ill patients to access drug treatments that have not yet been fully approved by the Food and Drug Administration.

Referring to Trump, while Harp was standing in front of to the Faith and Freedom Coalition, which is a group of conservative evangelical Christians, said, “He believes in survival of the fighters, not the fittest.”

The Faith and Freedom Coalition is made up of a core bloc of support for him during the 2016 election. Trump intends on holding the support into the 2020 elections.

Two rounds of chemotherapy had not worked for harp. She was also rejected from clinical trials. There was no medical means to give Harp hope.

When Trump signed “Right to Try” last year, she was permitted to explore experimental treatment opportunities, and find new doctors and different medications to improve her life.

Trump delivered wonderful heartfelt words to the audience and said, “The radical left offers a vision of socialism, censorship, higher taxes and late-term abortions. We’re fighting for the American dream and with you we will prosper.”

Trump said that when he ran in 2016, “Americans of faith were under assault. But the shameful attempt to suppress religious believers ended the day I took the oath of office.”

It was my great honor to speak at the Faith & Freedom Coalition Conference today in Washington, D.C. Thank you! #RTM2019 https://t.co/KknwcFhawb

Personally, I believe that we all have the right to try to live. If someone is guaranteed death from illness and there is no cure, that person should be allowed to use any drug that they want to try to prolong their life or to cure themselves. What is there to lose at that point?

Thank you President Trump. You are the gift that keeps on giving in so many wonderful ways.

Watch: Democratic candidates spar over immigration and the economy in the first 2020 debate

Wed Jun 26 , 2019
Ten Democratic candidates faced off for the first time Wednesday night in Miami as they jockey for position in the race to take on President Donald Trump in 2020. Another 10 candidates will meet Thursday in the first Democratic debate as they look for standout moments to gain ground in […] 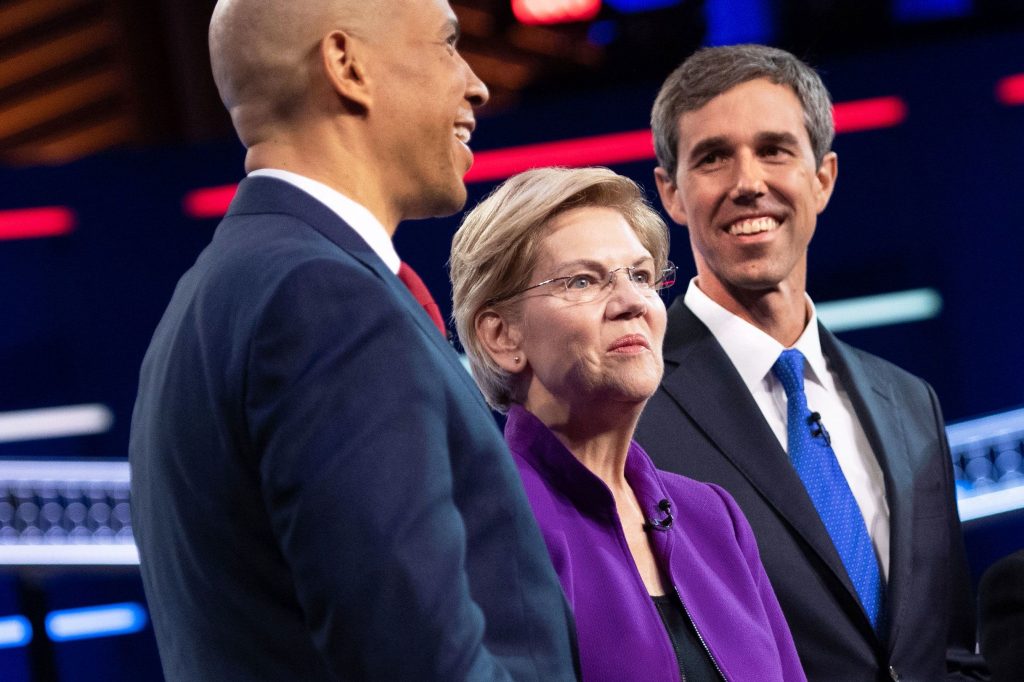