FILE PHOTO: An old windmill stands in front of wind turbines in a paddock near the Hornsdale Power Reserve, featuring the world’s largest lithium ion battery made by Tesla, located on the outskirts of the South Australian town of Jamestown, in Australia, December 1, 2017. REUTERS/David Gray/File Photo

MELBOURNE (Reuters) – Constant changes in Australia’s government have convinced the country’s power companies that its political leaders will never craft a coherent and long-lasting national energy policy that is needed to keep the lights on.

Years of energy policy flip-flops are holding up billions of dollars of investment in new generation and transmission even as Australia looks to prevent a repeat of blackouts suffered over the past two years. The lack of reliability is occurring even as the country pays some of the highest electricity costs in the industrialized world.

With six different prime ministers and a change in the ruling party since 2010, Australia’s power companies have been whipsawed between competing political visions for the country’s energy markets, particularly over the type of power generation and whether to address carbon emissions.

“Changes of government in Australia have led to vastly different energy policy environments due to the absence of bipartisan consensus on what the appropriate energy mix should be and to what extent climate change should be tackled,” said Peter Kiernan, an energy analyst at the Economist Intelligence Unit.

The policy vacuum is occurring at a crucial time for Australia.

As much as A$25 billion ($18 billion) will be needed for a mix of wind and solar farms, hydroelectric power, batteries and transmission lines as well as natural gas-fired power to keep the lights on, the Australian Energy Market Operator (AEMO) said.

Yet investors tired of the flip-flopping are hesitant to back projects amid the uncertainty.

“Twenty-five billion dollars is a lot of money to put at risk when we don’t really know what the rules are going to be,” said Sam Magee, head of commercial for EnergyAustralia, Australia’s third-largest power producer.

On Oct. 23, Energy Minister Angus Taylor revived some but not all of the NEG policies. He also invited generation developers to apply to the government to underwrite projects for so-called firm power capacity such as coal-fired plants and firmed capacity which includes solar or wind projects tied to back up power sources such as batteries or standby hydroelectric sites known as pumped hydro.

To address blackout concerns, the government proposed instituting a retailer reliability obligation that will require power retailers and big energy users to line up enough power to meet their needs if the market operator identifies predicted shortfalls that have not been filled a year in advance.

It also launched a plan to introduce “default power prices”, effectively a price cap, to keep a lid on household electricity prices which have soared 56 percent over the past 10 years.

Price caps may be popular with consumers, but not for financiers and developers of new capacity.

“We continue to caution against a return to price regulation as it will stifle investment right at the time we need it to maintain a secure electricity supply for customers as we replace aging coal plants and transition to a lower emissions future,” Origin Energy, Australia’s top power retailer, said in emailed comments.

Carbon policy was absent from Taylor’s proposals which will create more uncertainty for investors.

The shifting carbon policy of the past decade has deterred investment in natural gas and coal-fired power stations. The opposition Labor party has called for a 45 percent cut in carbon emissions by 2030. The NEG contained a target of 26 percent but that was dropped after the plan failed.

Australia’s biggest power producers, led by AGL Energy, Origin Energy and EnergyAustralia, owned by Hong Kong’s CLP Holdings, all have gas-fired and pumped hydro projects awaiting final sign-offs which partly hinge on what the government does next.

Yet, more uncertainty is likely as the Liberal-National government is expected to lose to the Labor Party in the next elections, due by May 2019.

The power producers themselves are accepting of a lower carbon future but need more certainty for their plans to replace Australia’s ageing coal-fired power plants over the next 20 years, said the EIU’s Kiernan.

“For this to occur, however, requires implementation of policies that are durable and able to last beyond one election cycle,” he said.

(For a graphic on ‘Australia Large-scale Renewable Energy’ click https://tmsnrt.rs/2O1BY4E)

(For a graphic on ‘Cost of solar panels vs. growth in global solar capacity’ click https://tmsnrt.rs/2O1n6Dy)

Ready for a fight: Voter enthusiasm surges among U.S. Hispanics 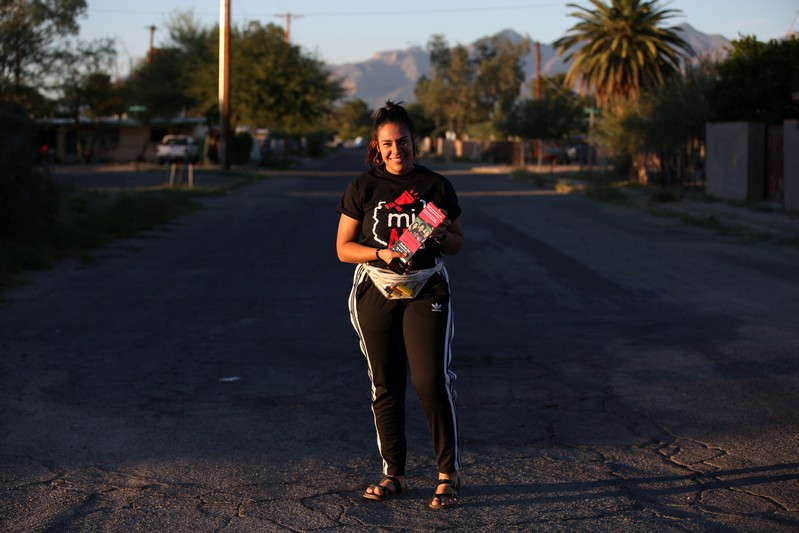