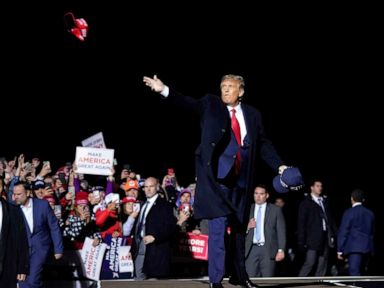 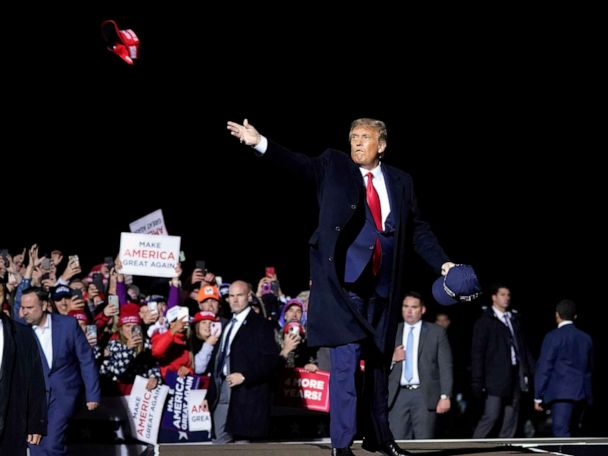 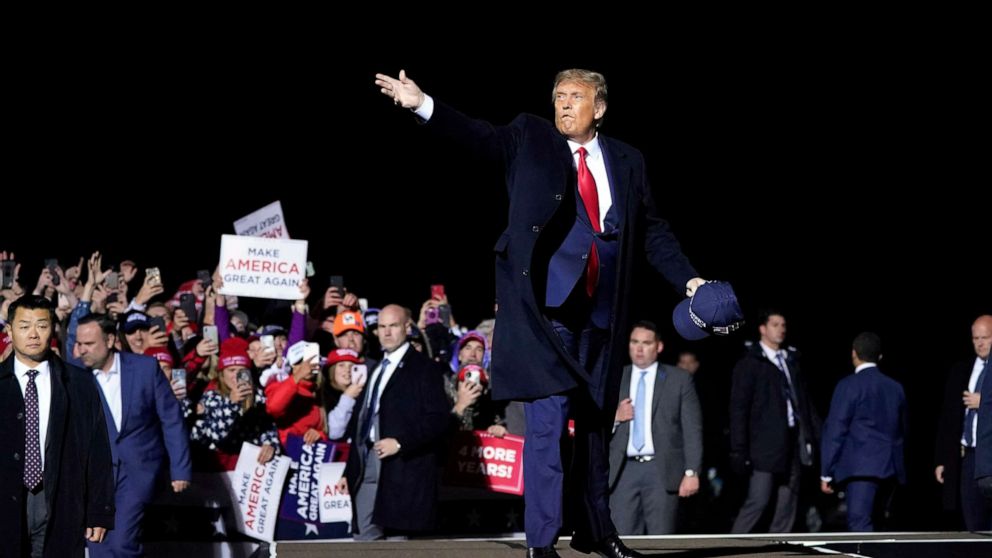 Just days removed from Walter Reed hospital, and still battling the coronavirus, President Donald Trump’s reelection campaign is already plotting the president’s return to the campaign trail, with an event in the cards for as soon as early next week.

The president has been sidelined for nearly a week after testing positive for the coronavirus late last Thursday, forcing the Trump campaign to cancel five previously announced rallies in Florida, Wisconsin, and Arizona.

In recent days, Trump’s team has started working to nail down details for a potential return to the campaign trail for the first time since the president tested positive, with a return event under consideration for as soon as Monday and possibly in Pennsylvania, multiple sources tell ABC News.

Trump’s quick return to the campaign trail is dependent on how the president feels in the coming days, sources said.

Since being forced off the trail last week, the president has been itching to return, urging advisers that he wants to restart his signature rallies as soon as possible. The president has also repeatedly made it known that he plans to get back on the road sooner rather than later.

“Will be back on the Campaign Trail soon!!! The Fake News only shows the Fake Polls,” the president tweeted shortly after returning to the White House from Walter Reed.

The president was scheduled to hold a previously unannounced rally in the Hawkeye State on Thursday of this week, before plans were scrapped following Trump’s diagnosis, sources said.

The Trump campaign did not respond to a request for comment.

The timing of the president’s return to in-person rallies has not been decided and the White House has yet to sign off on any upcoming travel while Trump recovers from COVID-19, a source said.

Details around the type and size of possible venues were not immediately known.

The president held 15 rallies in September after a brief pause following a dismal turnout at a much-hyped Tulsa, Oklahoma, rally in June. Most of the recent rallies have been outdoors at airplane hangers, in addition to one indoor rally in Henderson, Nevada. But while the Trump campaign says they provide hand sanitizer, check temperatures, and pass out masks at events, most supporters don’t wear masks and the crowds are typically packed shoulder-to-shoulder with no social distancing enforced.

The Trump campaign says that despite the president contracting the coronavirus, no extra health precautions are set to be implemented at future events.

The president has also been adamant about showing up in person to the second presidential debate against Democratic challenger Joe Biden in Miami, Florida, next week, despite contracting the virus just last week. Biden has said that while he plans to attend, “I think if he still has COVID, we shouldn’t have a debate.”

Since the first presidential debate and Trump’s coronavirus diagnosis, the president has seen a drop in national polls, with Biden now leading by 9.3 points — the former vice president’s largest lead since late August — according to FiveThirtyEight’s average.

Plans for Trump’s return to the trail come as the White House remains in chaos, with staffers continuing to test positive for the coronavirus. The number of COVID-19 cases related to the White House has ballooned to 34, according to an internal government memo, including White House adviser Stephen Miller. The recent surge in positive cases around the president has also impacted the Trump campaign directly, with campaign manager Bill Stepien testing positive last week.

As Trump has been off the road, the president’s campaign has ramped up virtual events and is planning a cross-country re-start of in-person campaign events with top surrogates from the First Family including Donald Trump Jr., Lara Trump, Eric Trump, and others, calling the effort “Operation MAGA.”

Thu Oct 8 , 2020
The city of New Orleans is under a state of emergency as Hurricane Delta barrels across the Gulf of Mexico with Louisiana in its sights. The storm has battered Mexico’s Yucatan Peninsula overnight as a Category 2 — blasting down trees and knocking power out across the resort area, and […] 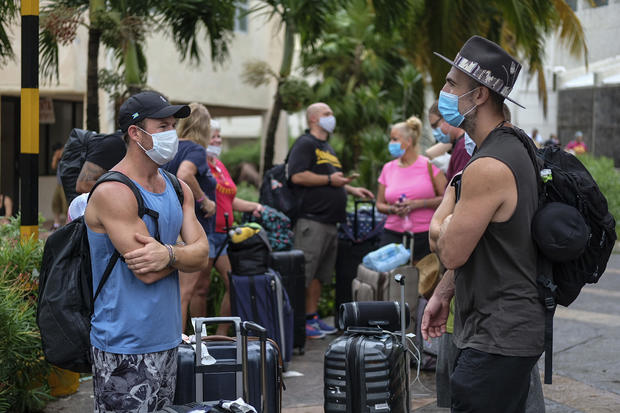