The 34-year-old Bellamy played 130 games over 15 years with the national team and had 11 goals and 38 assists.

“Hockey has given me the most incredible memories, and as tough of a decision that this is, I know in my heart it is right,” Bellamy said in her announcement. “So I’ve decided to step away from the game and start the next chapter in my life.”

Bellamy, a defenseman, was on silver-medal-winning Olympic teams in 2010 and 2014 before being part of the memorable 2018 squad that beat Canada in the gold-medal game in South Korea. It was the first time the U.S. women won gold since 1998.

Bellamy also played professional hockey for teams in Boston and Calgary, accumulating 105 points (22 goals, 83 assists) in 166 games overall. She played college hockey for New Hampshire from 2005-09 and had 27 goals and 80 assists (107 points) in 143 games.

Wed May 19 , 2021
May 18, 2021; Vancouver, British Columbia, CAN; Vancouver Canucks forward Nils Hoglander (36) handles the puck against the Calgary Flames in the third period at Rogers Arena. Canucks won 4-2. / Bob Frid-USA TODAY Sports May 19, 2021 Tyler Myers, Brock Boeser and Travis Hamonic each collected one goal and […] 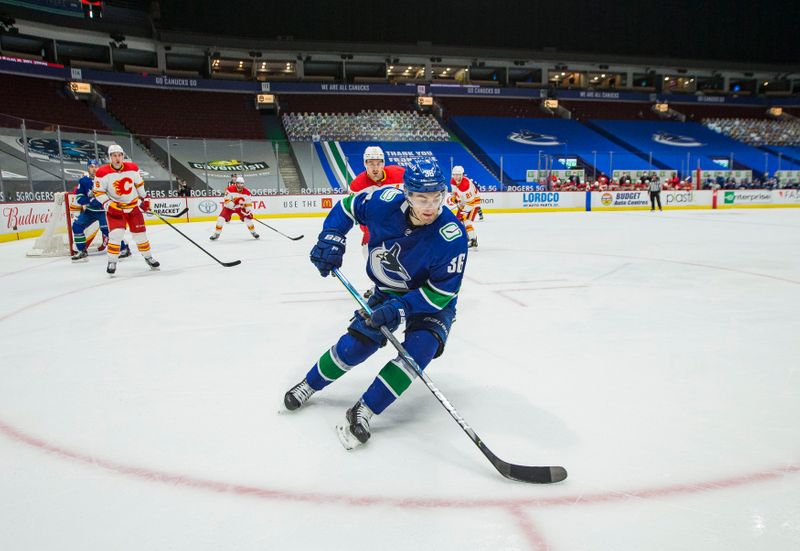