Thousands marched to Puerto Rico’s Governor Ricardo Rosselló‘s residence in San Juan as part of a massive protest that included musicians Ricky Martin, Residente and Bad Bunny. One protester told CBS News’ David Begnaud the group chat scandal was the “straw that broke the camel’s back.”

The crowd ranged from teenagers to retirees, with some waving the island’s flag printed in black and gray rather than red, white and blue to symbolize their discontent with a government they call corrupt and unresponsive to its people.

Police erected concrete barricades and shop owners covered store windows with metal sheeting or plywood as if a hurricane were coming. The multicolored umbrellas that form a photogenic awning over the street in front of the governor’s mansion were taken down.

The turnout filled several city blocks in colonial Old San Juan but appeared to fall short of the many tens of thousands that some Rosselló opponents had predicted. Many older protesters went home before nightfall as chanting young people filled Old San Juan’s Totem Plaza and the first few blocks leading up to the 16th century fortress where the governor resides.

Karla Villalón has three elementary-age children and an 81-year-old grandmother. Her kids have been uprooted twice in two years when first one school, then another, was closed by budget cuts under Rosselló. Her grandmother, a retired teacher, is anguished over the possibility of losing her pension in future rounds of cutbacks.

Villalón was outraged when Rosselló’s former education secretary was arrested and accused of steering millions in improper contracts to politically connected contractors. Then hundreds of pages of online chats between Rosselló and members of his administration leaked, revealing the men mocking women, the disabled and victims of Hurricane Maria.

Villalón has had enough.

“It’s the final straw,” the homemaker said before the march. “My kids’ classrooms have mold in them. … There’s just so much outrage that’s been building over time.”

That feeling rippled across Puerto Rico, where many are angry over what they see as neglect by Washington and the U.S. territory’s own government.

The island is mired in crises. It is struggling to emerge from a debt-driven financial failure and a more than decade-long recession. It needs federal funding to help recover from Hurricane Maria, the 2017 storm that devastated the island’s electrical system and a months-long failure to provide care to the elderly and medically vulnerable.

The outrage erupted after Rosselló’s former secretary of education and five other people were arrested on charges of steering federal money to unqualified, politically connected contractors.

Freelance music producer Ise Sonja, 28, said he took to the streets Wednesday because he is fed up with corruption and government ineptitude. “(Hurricane) Maria woke the people up – it outraged us as a people.”

Since the storm, hundreds of schools have been closed to save money and a wide range of social services and pensions are being cut back, or are under threat.

Prominent Puerto Ricans on the U.S. mainland raised their voices in the call for Rosselló to resign.

“Puerto Ricans are so numb to politics in America and we get lies from the Trump administration,” said Miranda. But the alleged corruption surrounding the governor of the U.S. territory “is the last straw and Puerto Ricans are standing up against it.”

Singer Ricky Martin said in a video message posted online: “Puerto Rico has suffered so much and we can’t deal with the cynicism of these leaders anymore. Enough already. Enough already.”

Martin flew to Puerto Rico to march along with other Latin music stars from the island, including singer-producer Benito A. Martínez Ocasio, known as Bad Bunny, and rapper René Pérez, known as Residente, who released a song online Wednesday calling people to the streets.

“This is coming out early so you can eat it for breakfast,” Residente raps on the song, “Sharpening the knives.” ”Fury is the only political party that unites us.”

In comments to The Associated Press shortly before the protest was to start, he said, “The anger is so great that for the first time I’m seeing Puerto Rico rise up and take to the streets.”

In Boston, Red Sox manager Alex Cora, who is from Puerto Rico, told reporters that he hopes Rosselló resigns within the next hours or days.

“I know it’s hard to do – but at the same time, as a whole, we’re very upset and very mad at everything that is going on,” Cora said. “I’m with my people back home.”

The Fed 'shouldn't use all their firepower immediately,' says CIO

Thu Jul 18 , 2019
Deutsche Bank Wealth Management’s global chief investment officer Christian Nolting predicted the Federal Reserve will cut interest rates twice in the next 12 months, but chances of a four-time rate cut are less. Chicago Fed President Charles Evans had said this week that even two rate cuts might not be enough […] 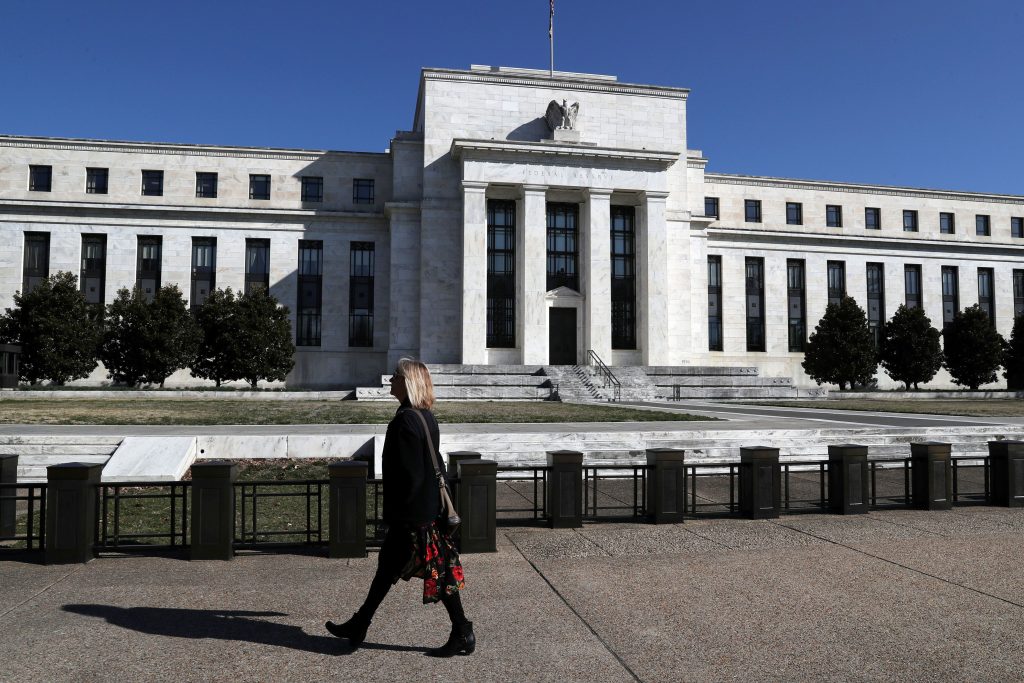