Bank of America CEO Brian Moynihan discusses his outlook for the U.S. economy in 2020, strengthening housing and auto markets and his company’s investment in technology.

Local economies are slowing down but states that backed  Donald Trump in the 2016 presidential election, have better-performing local economies than those that supported Democrat Hilary Clinton.

Those are the findings of Yelp’s Economic Average, which tracked local business activity in 2019 and compared the current economic status to what it was last election.

The link between the economic average report and the U.S. global domestic product “indicates that this important and understudied part of the economy, reported in near-real-time, moves the same way as the economy as a whole,” Yelp’s report explained.

Yelp tracked consumer demand and business growth, and its findings show that blue states’ local economies fell behind red states’ by nearly three points in 2019 compared to 2016. That trend occurred across the country and the seven states that ranked lowest on the list all voted for Clinton compared to five of the top seven states, which voted for Trump.

POLL: HOW MANY AMERICANS THINK HUAWEI SHOULD BE REMOVED FROM US

Despite the red-blue divide, most local economies around the country dipped in 2019, according to the report. Economic growth was dulled by uncertainty around trade policy and weaknesses in the restaurant and retail industries. And if GDP growth continues to mirror Yelp’s economic indicator, researchers expect fourth-quarter GDP growth to be below the 2 percent increase seen in the third quarter.

In the fourth quarter of 2019, Yelp’s national economy score dropped by 1.4 points, the biggest quarter-over-quarter decline since last year, marking the fifth straight quarter that the measure showed a level of economic growth lower than that of 2016.

“The forecast suggests a continued decline in local economic health — nationally and in many major markets and sectors,” the report read. “In the first quarter of 2020 we expect YEA to be dragged down by the retail and restaurant sectors, as well as weakness in many big state and metro economies: California, Texas, Florida, New York, Chicago and Seattle.”

Boeing 737 Max could be recertified before midyear, FAA says

Fri Jan 24 , 2020
Two workers walk under the wing of a 737 Max aircraft at the Boeing factory in Renton, Washington, March 27, 2019. Lindsey Wasson | Reuters The head of the Federal Aviation Administration has told airlines that it could lift a flight ban on the Boeing 737 Max before midyear, ahead […] 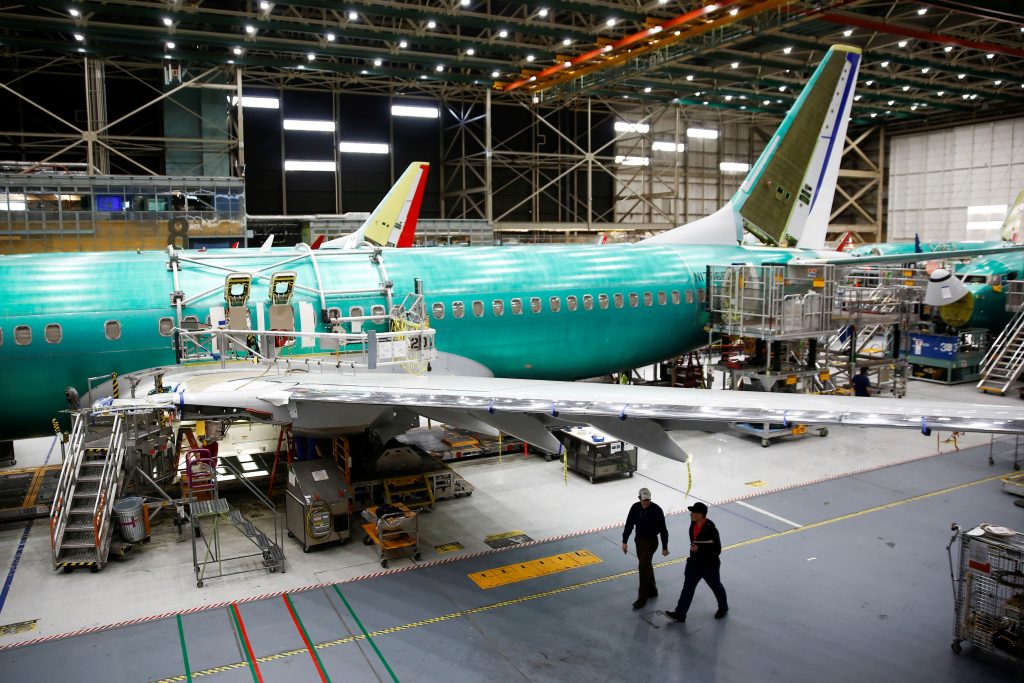