Soccer fans play the drums during a sit-in, in front of the Colombian Football Federation (FCF), demanding the cancellation of the 2021 Copa America tournament that Colombia co-hosts with Argentina, in Bogota, Colombia May 18, 2021. REUTERS/Nathalia Angarita

BOGOTA (Reuters) -The 2021 Copa America will no longer feature games in co-host Colombia after the South American Football Confederation (CONMEBOL) decided on Thursday to move games away from the country after a wave of civil unrest there.

The 2021 tournament, delayed a year by the pandemic, was due to be jointly hosted for the first time its 105-year history, with matches split between Colombia and Argentina.

“CONMEBOL guarantees the realisation of the 2021 Copa America and in the coming days will inform on the relocation of those games that were to be held in Colombia,” the organisation said in a statement.

CONMEBOL rejected an appeal from Colombia to move the tournament to the end of the year.

Argentina earlier this week offered to host the whole tournament amid weeks of anti-government protests in Colombia which have killed at least 15 people.

Tear gas fired outside some Colombian stadiums during recent matches led to discomfort for players and condemnation from coaches and officials. CONMEBOL already transferred some games out of Colombia to Paraguay and Ecuador.

The protests that began in late April, originally against a now canceled tax plan, have led to food and gasoline shortages and stymied exports, the government said. Protest demands have expanded to include calls for a basic income, an end to police violence and more opportunities for young people.

Blockades are still affecting roads in 17 of Colombia’s 32 provinces and unions have called for more big protests on May 26 and 28.

The tournament features all 10 South American nations and was due to kick off in Buenos Aires on June 13 and culminate with the final in the Colombian city of Barranquilla on July 11.

It originally featured 12 teams, but invited guests Qatar and Australia pulled out after the dates were changed.

The co-hosting model was based around a northern group in Colombia featuring Colombia, Ecuador, Brazil, Peru and Venezuela and a southern group playing in Argentina featuring the host nation, Bolivia, Chile, Paraguay and Uruguay.

The five teams based in Colombia now face an anxious wait to see where they will now be based.

Although CONMEBOL have given no indication of where they might move the games, Chile – the South American country with the highest vaccination rates – could be one possibility.

CONMEBOL, which is based in Paraguay, moved several intercontinental games there from Colombia earlier this month and could ask authorities there for assistance.

The decision to strip Colombia of its games is a crushing blow to a nation that suffered a similar reverse in the 1980s when it was forced to give up the right to host the 1986 World Cup finals, which were moved to Mexico.

And in 2001, the last time Colombia hosted the Copa America, CONMEBOL were so worried about security there they cancelled the tournament only to change their minds a few days later.

South America has been hit hard by the pandemic, with more than 444,000 people dying in Brazil, and new surges causing consternation in Argentina and Uruguay, amongst other places.

The death toll in Colombia this week surpassed 83,000, while 72,699 have perished in Argentina, with a new record of daily deaths recorded earlier this week.

Argentine President Alberto Fernandez on Thursday announced a strict lockdown beginning on Saturday and lasting until at least May 31.

The move includes a ban on all sporting, religious and social events, in addition to closing schools and non-essential commerce.

(Reporting by Julia Symmes Cobb in Bogota and Andrew Downie in London, Daniela DeSantis in Asuncion; Editing by Chris Reese and Lincoln Feast.)

Olympics-Most Japan firms say Games should be cancelled or postponed 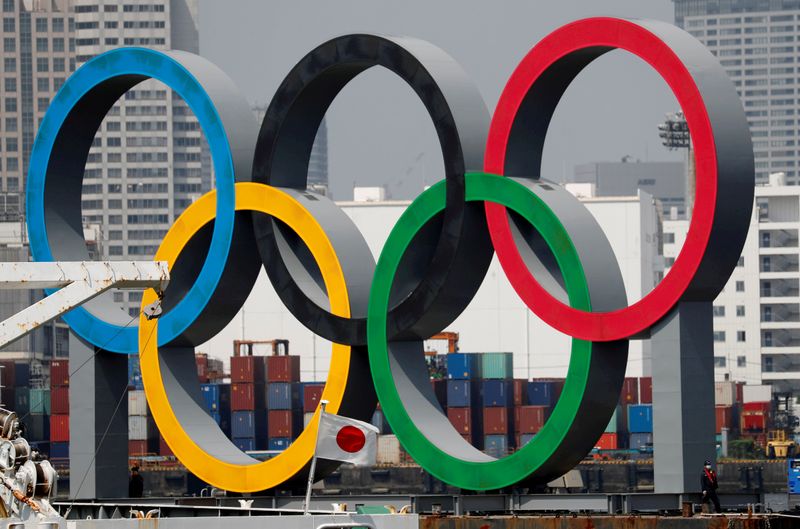