The Democrat said in a statement that Phoenix-based ON Semiconductor will establish its first 300mm chip manufacturing plant at GlobalFoundries’ Fab 10 facility in East Fishkill, 60 miles (96 kilometers) north of New York City.

ON Semiconductor has committed to creating 150 new jobs in East Fishkill and retaining a minimum of 950 existing jobs at the facility, Cuomo said.

“We’re glad ON Semiconductor is choosing to deepen its roots here and its commitment to New York State,” he said.

The deal calls for GlobalFoundries to shift production from Fab 10 to their other facilities, including Fab 8 in Malta, New York, 100 miles (161 kilometers) north of East Fishkill.

The state has offered ON Semiconductor up to $17.5 million in grants toward the purchase of the Fab 10 property, plus another $22.5 million in tax credits over 10 years if the company meets its job creation and investment commitments.

“The increased level of capability and capacity enabled by this expansion is our answer to meet critical market needs,” Keith Jackson, president and CEO of ON Semiconductor, said in a statement.

After a three-year transition period, ON Semiconductor will take ownership of the East Fishkill facility, which GlobalFoundries acquired from IBM in a $1.5 billion deal announced in 2014. Under terms of the deal announced Monday, ON Semiconductor will pay $100 million at the agreement signing with GlobalFoundries and $330 million at the end of 2022.

Last summer, GlobalFoundries announced it was eliminating more than 400 jobs at its Fab 8 plant in Malta as it restructured operations and moved away from cutting-edge chip technology.

The high-tech industry deal was the second major economic develop win announced by the Cuomo administration over the past four days. On Thursday, the third-term governor announced that Netflix was expanding its corporate offices in Manhattan and building six sound stages in Brooklyn, where thousands of production jobs will be located.

That announcement came two months after Amazon backed out of a deal that potentially could have brought more than 25,000 new jobs to Queens. The internet retailer ditched New York on Valentine’s Day, citing stiff backlash from some local politicians opposed to the $3 billion in city and state tax breaks offered to Amazon.

The 'Worry Gauge' shows investors are still really scared, and that could drive stocks a lot higher

Mon Apr 22 , 2019
With the S&P 500 sitting less than 1% from its all-time high and on track for its fourth straight monthly gain, cautious investors can’t help but wonder how long they can still ride on the back of this aging bull before everything comes crashing down. Investors are used to erring […] 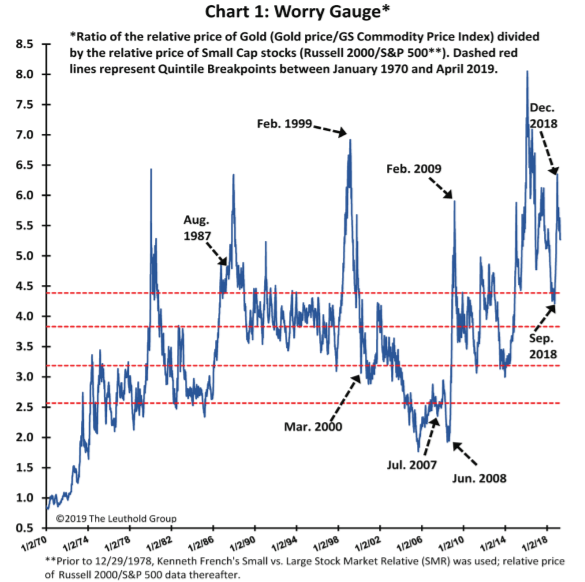