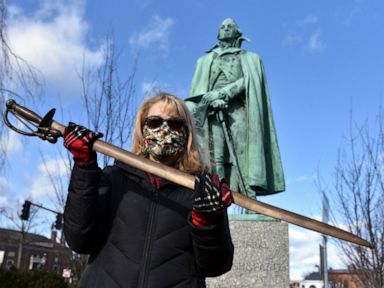 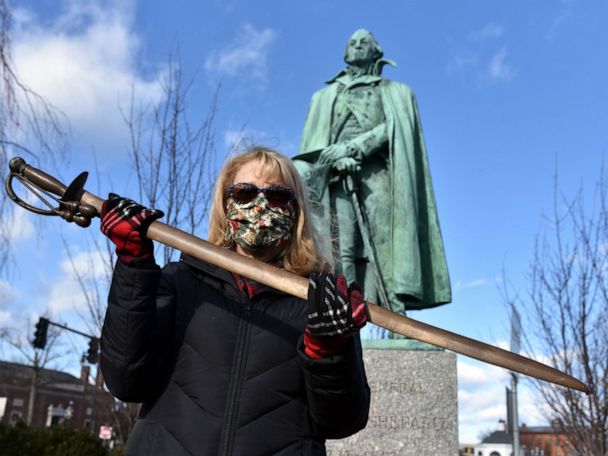 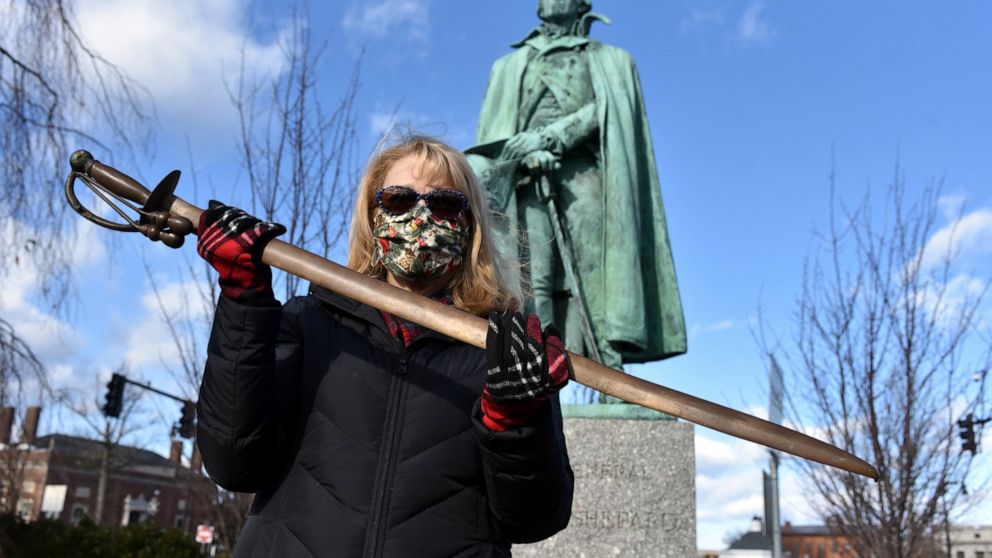 A veteran returned a sword he stole from a statue of a Revolutionary War general 40 years ago, telling the head of the Massachusetts town’s historical commission that he regretted taking it

WESTFIELD, Mass. — A veteran returned a sword he stole from a statue of a Revolutionary War general 40 years ago, telling the head of the Massachusetts town’s historical commission that he regretted taking it.

Cindy P. Gaylord, the chair of Westfield’s Historical Commission, said a man contacted the city hall saying he had the sword stolen from the town’s statue of Gen. William Shepard in 1980, the Springfield Republican reported on Sunday.

Gaylord agreed to give the man anonymity if he returned the bronze sword and arranged for him and his wife to drop it off at her home, she said.

“He had a great deal of shame and remorse,” Gaylord told the newspaper. “He is a veteran and told me the fact that he did this to another soldier troubled him. He wants the story printed to remind people that something you do in your youth could haunt you for the rest of your life.”

The man, who Gaylord described as a “great big bear of a guy,” told her he had worked at a bar in the town while he was enrolled as a student at Westfield State University. After a night of drinking, he and a group of friends went to steal the sword, which he said he wrenched loose with just his own strength. When they realized what they had done the next morning, they were not sure how to return the sword without facing consequences.

Shepard was born in the area in the 1730s and fought as a militia man and solider in multiple wars, including the Revolutionary War. The town erected the bronze statue of him in 1919, the newspaper reported.

New York Gov. Cuomo to propose law making it a crime to skip the line for Covid vaccine

Mon Jan 4 , 2021
New York Gov. Andrew Cuomo is proposing a law to make it a crime to sell or administer coronavirus vaccine shots to people who are trying to skip ahead in line. “This vaccine can be like gold to some people,” Cuomo said at a press briefing Monday. “If there’s any […] 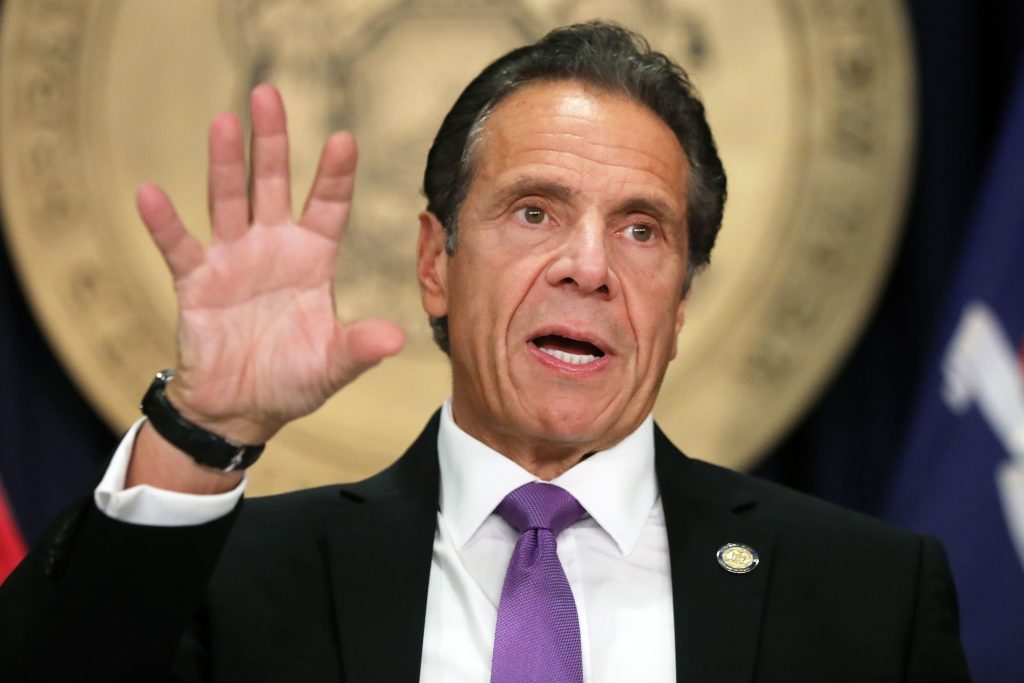