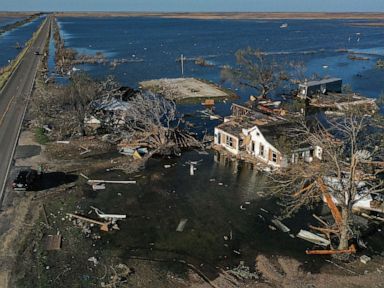 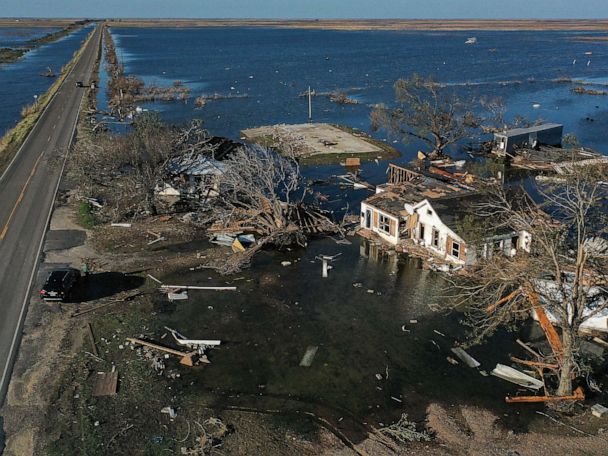 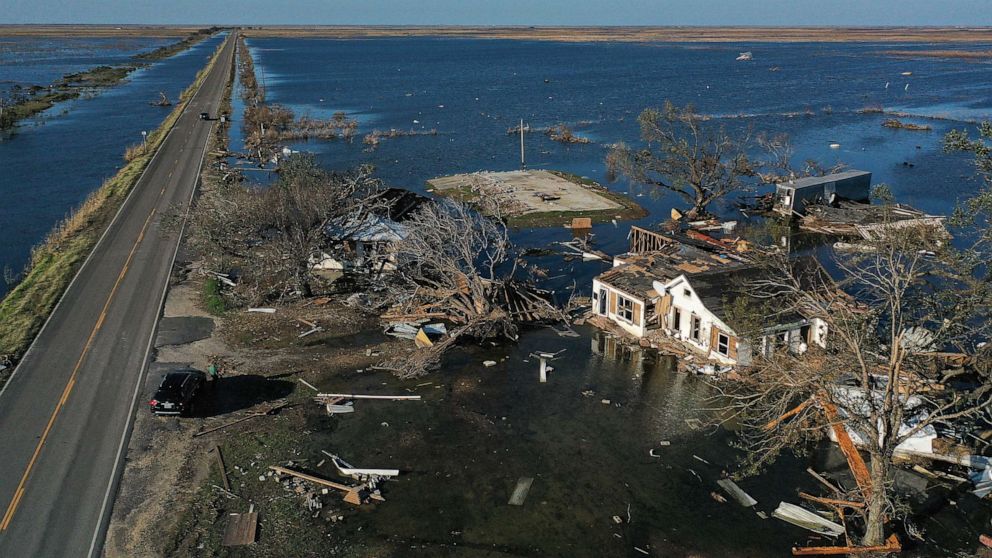 Delta was the first Greek alphabet named hurricane to make landfall in the U.S.

Delta has dissipated but its remnants are bringing heavy rain and gusty winds to the Northeast today.

The top wind gusts for Delta were in Texas Point, Texas at 100 mph, Lake Charles, Louisiana at 96 and Calcasieu Pass in Louisiana at 90 mph. A: 96 mph

The top rainfall totals occurred near Iowa, Louisiana, which had 17.02 inches of rain as well as a widespread 12 inches across eastern Calcasieu Parish, Lake Charles, Louisiana reached 15.68 inches and Alexandria, Louisiana had 11.87 inches.

A storm surge of over 9 feet was reported along portions of the south-central Louisiana coast, including near Freshwater Canal Locks, Louisiana, around landfall time.

The storm surge exceeded 6 feet in the hours prior to landfall near Cameron, Louisiana by Calcasieu Pass.

Delta was the first Greek alphabet named hurricane to make landfall in the continental U.S. on record.

This was the 10th named storm to make landfall this season in the continental U.S. which breaks the record for the number of named-storm landfalls ever recorded in a single season.

Hurricane Laura made landfall near Cameron, Louisiana, early on 8/27 and just about six weeks later Delta made landfall only 12 miles east of that location near the next town over in Creole.

Delta was the fifth hurricane to make landfall in the continental U.S. this season and the last time that happened was back in 2005.

Now, part of that moisture from Delta is moving into the Northeast and Mid-Atlantic and it is combining with a frontal system which will bring windy, rainy, chilly and raw weather for the area today.

Meanwhile in the West, it is windy and dry there is a critical fire danger from California to Nebraska.

Dozens of wildfires are burning in western states with 21 of them burning in California alone.

Red Flag Warnings, High Wind Alerts and a Heat Advisory has been issued for the West.

In addition, Southern California will also be very hot and a Heat Advisory has been issued as some areas cloud top 100 degrees with temperatures in the 90s from San Diego to Los Angeles.

Offshore winds will create gusty winds up to 20 to 40 mph in the mountains and canyons as fire danger will be elevated to critical. 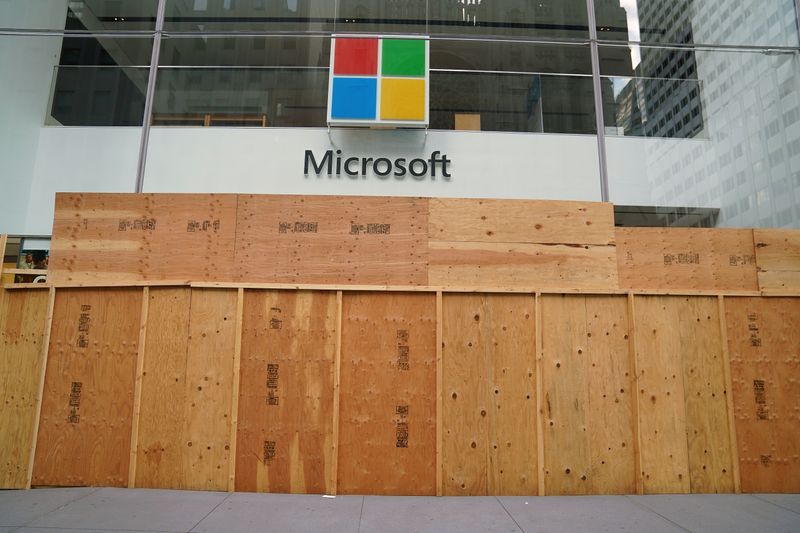