The Commission’s climate change chief, Miguel Arias Canete, said last month he was considering increasing from 40 to 45 percent the size of cuts to harmful carbon dioxide emissions that EU countries should target by 2030 in response to evidence that climate change was gathering pace.

“I’m not particularly happy about these new proposals,” Merkel told ARD public television. “I think we should first stick to the goals we have already set ourselves. I don’t think permanently setting ourselves new goals makes any sense.”

Sun Aug 26 , 2018
Sen. Dick Durbin, D-Illinois, says he’s hopeful that Republicans and Democrats alike will take inspiration from Sen. John McCain’s life as they grapple with contentious political issues like immigration reform. The Arizona senator died at his home on Saturday at the age of 81. “I can tell you there are […] 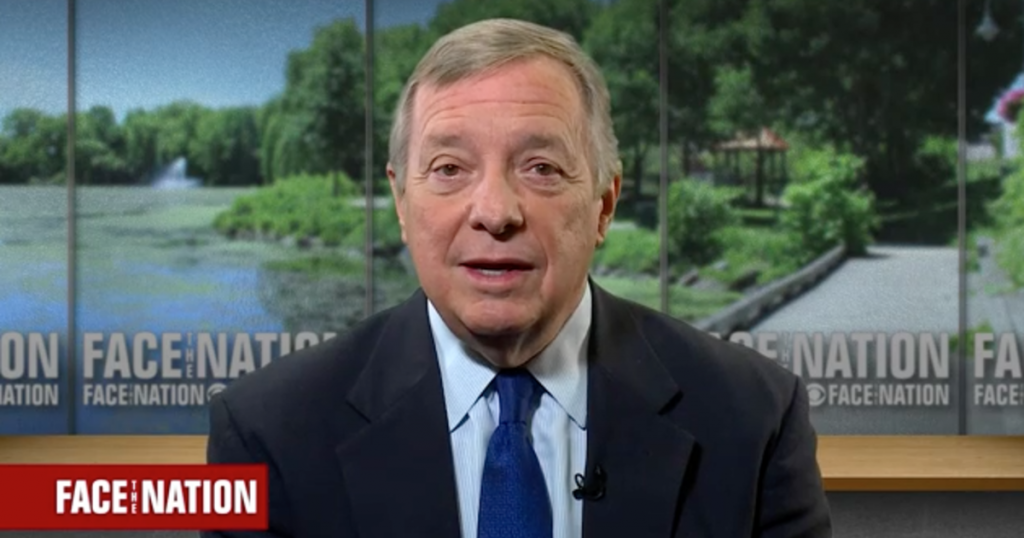