A demonstrator holds a sign with the image of Breonna Taylor, a black woman who was fatally shot by Louisville Metro Police Department officers, during a protest against the death George Floyd in Minneapolis, in Denver, Colorado on June 3, 2020.

Attorney General Merrick Garland on Monday announced that the Department of Justice will open an investigation into the practices of the Louisville Metro Police Department in Kentucky.

The announcement comes days after Garland said the DOJ will investigate the Minneapolis Police Department following Derek Chauvin’s conviction for the murder of George Floyd, whose killing in custody sparked global protests.

Breonna Taylor, a 26-year-old Black woman, was killed last year by Louisville police officers who entered her apartment with a no-knock warrant and fired 32 bullets. Taylor’s boyfriend, Kenneth Walker, fired a shot at officers, whom he has said he believed to be intruders.

Garland said the investigation was spurred by a comprehensive review of public information.

“As with every Justice Department investigation, we will follow the facts and the law wherever they lead,” Garland said.

A grand jury indicted one of the officers in the raid, Sgt. Brett Hankison, on wanton endangerment charges last year. His trial was delayed this month until 2022. Two other officers involved have not been criminally charged.

Taylor’s death is among the most high-profile police killings in recent years and has prompted calls to rein in the use of no-knock warrants and other controversial tactics.

Garland said the DOJ will take into consideration the terms of a $12 million settlement reached between Louisville and Taylor’s family last year. The settlement requires the police department to undertake certain mandatory reforms.

Justice Department pattern-or-practice investigations into police departments can lead to settlements, or consent decrees, between the DOJ and the department, often requiring independent oversight of the police and other changes.

The DOJ under former President Donald Trump largely curtailed the use of consent decrees, but Garland reversed that policy earlier this month. President Joe Biden has pledged to pursue substantial reforms of the nation’s policing through Congress.

In a statement on Monday, Derrick Johnson, the president of the NAACP, praised Garland’s move.

“For far too long, killings at the hands of police have only led to one hashtag after another. But true justice comes with accountability and action,” Johnson said. “We applaud the Justice Department’s new investigation into the Louisville Metro Police Department for the murder of Breonna Taylor and their ongoing practices. No police officer or police department is above the law.” 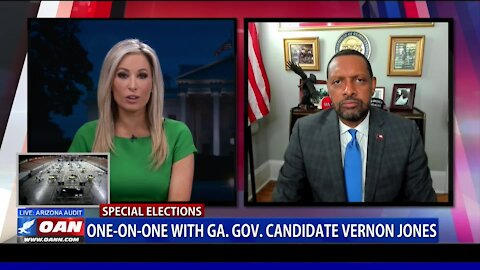