A federal judge on Monday said that he would not yet decided whether to release accused child sex trafficker Jeffrey Epstein on bail.

Judge Richard Berman, speaking at a detention hearing in Manhattan federal court, said he will issue a decision on Epstein’s bail on Thursday morning. Some of Epstein’s victims were in court on Monday, and may be heard from during the hearing, Berman announced.

Until then, Epstein will be kept in a jail in downtown Manhattan.

Epstein, 66, was arrested July 6 at Teterboro Airport in New Jersey, just outside of New York City, after flying in there on a private plane from France.

He pleaded not guiilty on July 8 during an appearance in Manhattan federal court, where a grand jury had indicted him on a one count of sex trafficking and a single count of conspiracy to committ sex trafficking.

Prosecutors have said Epstein sexually exploited dozens of underage girls from 2002 through 2005 at his Upper East Side townhouse and Florida mansion. They also have said he had a “vast trove” of lewd photos of young women, and possibly underage girls, when federal agents raided his New York residence last week.

Epstein is a former friend of presidents Donald Trump and Bill Clinton, both of whom have said they have had no dealings with him for years.

Last Friday, Trump’s Labor secretary, Alex Acosta, resigned after a week of scathing criticism of his signing off on a no-prosecution agreement with Epstein in 2007, when Acosta was the top federal prosecutor in Southern Florida.

The deal allowed Epstein and his alleged co-conspirators to avoid federal criminal charges related to his alleged sexual exploitation of underage girls, in exchange for a a guilty plea by Epstein to a single Florida state charge of procuring an underage girl for prostitution.

As part of that deal, Epstein also had to register as a sex offender, and not to contest civil claims by his accusers. He ended up serving 13 months in a Florida jail, but spent much of his time out on work release.

Mon Jul 15 , 2019
An advertisement containing a jacket with Burberry logo pattern is pictured at a window of a Burberry store in central London, Britain July 12, 2019. REUTERS/Henry Nicholls July 15, 2019 By Sarah White PARIS (Reuters) – It has a hotshot new designer known for dressing Beyonce and is experimenting with […] 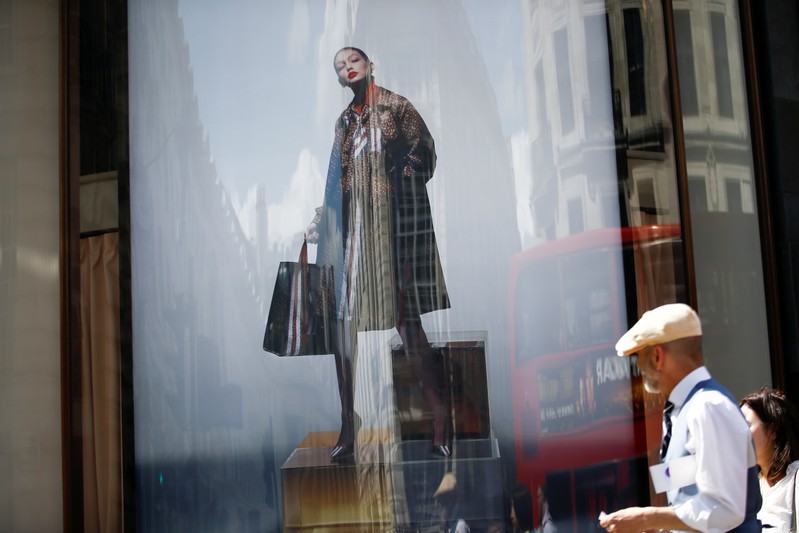