(Reuters) – Billionaire financier George Soros will pledge an additional 100,000 pounds ($138,130) to Best for Britain, a campaign group seeking to keep Britain in the European Union, the group said in an email to Reuters.

Soros, who donated 400,000 pounds to the campaign last week, will match any donations given to Best for Britain up to 100,000 pounds after attacks against him in the right-wing press, the group said.

“I am happy to take the fight to those who have tried to use a smear campaign, not arguments, to prop up their failing case,” Soros told the Guardian, which had reported on the donation earlier on Sunday. http://bit.ly/2BnLRH6

The investor’s Open Society Foundation (OSF) will match a crowdfunding campaign set up in the wake of attacks on Soros. The campaign has raised 59,625 pounds ($82,407.71) so far, Best for Britain said.

“We live in a democracy, and the right to freedom of speech is precious. Elements of the right-wing press don’t seem to agree. The UK’s future with the EU is not a done deal, there is still a vote to come and people across the country deserve to know the truth about the options on the table: one of which is staying and leading in the EU,” Best for Britain Chief Executive Eloise Todd said in a statement.

The Open Society Foundation could not be immediately reached for comment on the report.

Soros, best known in Britain for earning billions betting against the pound in the early 1990s, is the target of a hostile media campaign by the nationalist government in his native Hungary and a hate figure for right-wing campaigners in eastern Europe and the United States.

The Daily Telegraph newspaper, which first reported Soros’s involvement with Best for Britain last week, said the 87-year-old former hedge fund manager was backing a “secret plot” to stop Brexit. The article was written by Nick Timothy, a former chief of staff to Prime Minister Theresa May.

May’s office repeated its long-standing position that the decision to leave the EU in 2019 after a vote in 2016 was final and would not be reversed. It had also defended the right of campaign groups to accept donations.

(Reporting by Abinaya Vijayaraghavan in Bengaluru; Editing by Alistair Bell)

Russian airliner crashes near Moscow, killing all 71 people on board

Sun Feb 11 , 2018
A jet operated by Saratov Airlines crashed in the Moscow region on Sunday, killing all 71 people on board. Russia’s Interfax news outlet said the An-148 jet bound for Orsk in southern Russia, went off radar shortly after departing from Moscow’s Domodedovo Airport. The agency later said eyewitnesses saw a […] 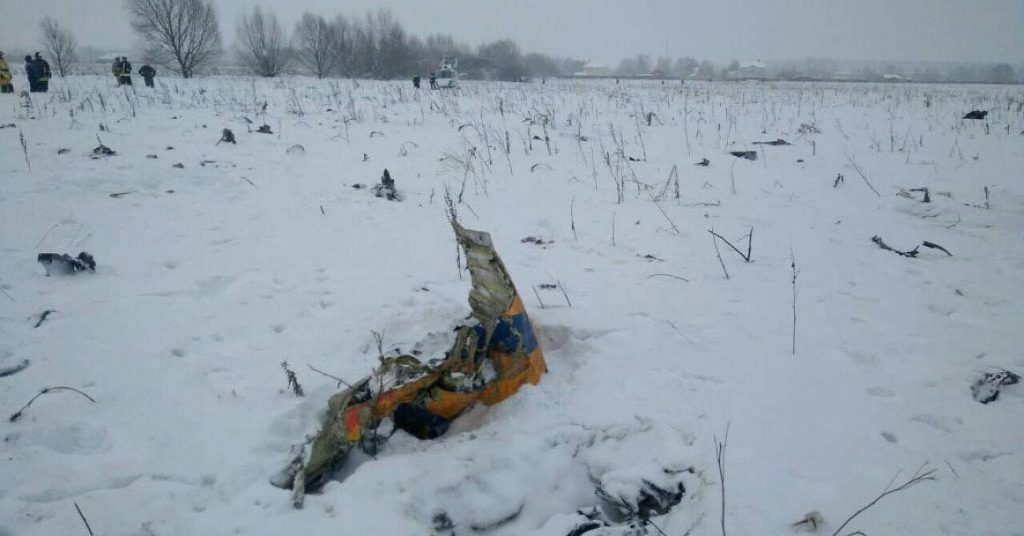