Pennsylvania Lt. Gov. John Fetterman campaigns for U.S. Senate at a meet and greet at Joseph A. Hardy Connellsville Airport on May 10, 2022 in Lemont Furnace, Pennsylvania.

Pennsylvania Lt. Gov. John Fetterman on Friday said he “almost died” after he suffered a stroke days before he won the state’s Democratic Senate primary race, and is not yet ready to return to the campaign trail.

“I should have taken my health more seriously,” Fetterman said in a statement released by his campaign Friday afternoon. “The stroke I suffered on May 13 didn’t come out of nowhere. Like so many others, and so many men in particular, I avoided going to the doctor, even though I knew I didn’t feel well.”

Fetterman, 52, vowed to be ready to compete in the general election this November. But he admitted that “it will take some more time to get back on the campaign trail like I was in the lead-up to the primary.”

Doctors have advised Fetterman to rest and focus on his recovery.

“It’s frustrating — all the more so because this is my own fault — but bear with me, I need a little more time,” he said. “I’m not quite back to 100% yet, but I’m getting closer every day.”

“This race is so important for Pennsylvania and for the country. I’m going to be ready for it, and I can’t wait to get back on the trail,” he said.

The campaign also shared a letter from Dr. Ramesh Chandra, who wrote that if Fetterman “takes his medications, eats healthy, and exercises, he’ll be fine” and “should be able to campaign and serve in the U.S. Senate without a problem.”

Chandra also noted that Fetterman was diagnosed in 2017 with an irregular heart rhythm and a “decreased heart pump.”

The statement from Fetterman’s campaign came a day after NBC News reported some Democrats growing concerned about the nominee’s health and the lack of a timeline for his return to the campaign trail.

Fetterman will face off against the eventual winner of a recount in the Pennsylvania Republican Senate primary. The two front-runners in that race are Dr. Mehmet Oz, the celebrity physician backed by former President Donald Trump, and former hedge fund manager Dave McCormick.

That recount must be completed by next Tuesday. Counties must submit their results by noon ET on the following day.

The Democratic primary, in contrast, was blowout victory for Fetterman. He won every county in the state, NBC News projected.

The battle to fill the seat being vacated by GOP Sen. Pat Toomey could prove to be one of the most competitive, and consequential, elections of the midterms. Democrats are trying to keep their narrow grip on the Senate, which is evenly split between 50 Republicans and the 50 senators who caucus with Democrats.

Fetterman’s campaign said that it raised $1.6 million in just 24 hours after he won the primary. Those donations came just after Fetterman underwent a successful pacemaker surgery on the day of the election.

Fetterman’s statement Friday held up his stroke as a cautionary tale about taking care of one’s health.

“I want to encourage others to not make the same mistake,” he said.

“Back in 2017, I had swollen feet and went to the hospital to get checked out. That’s when I learned I had a heart condition. Then, I didn’t follow up. I thought losing weight and exercising would be enough. Of course it wasn’t,” Fetterman said.

“It’s not something I’m proud of, but it is something I hope that others can learn from. So please: listen to your body, and be aware of the signs. Because ignoring them — and avoiding the doctor because you might not like what they have to tell you — could cost you your life,” he said.

“I want to emphasize that this was completely preventable,” Fetterman said, noting that his cardiologist said that if he had continued taking blood thinners, “I never would have had a stroke.”

“I didn’t do what the doctor told me. But I won’t make that mistake again,” he said. “Taking care of others is important, but you must include yourself in there too.”

Chandra, of Pittsburgh-based Alliance Cardiology, said in the letter that after diagnosing Fetterman with atrial fibrillation in 2017, “I had prescribed medications along with improved diet and exercise and asked him to follow up again in the following months.”

“Instead, I did not see him again until yesterday,” Chandra wrote. “John did not go to any doctor for 5 years and did not continue taking his medications.”

Chandra also said that Fetterman’s pacemaker is “working perfectly and he is doing well.”

“I do believe that he is taking his recovery and his health very seriously this time,” Chandra wrote. 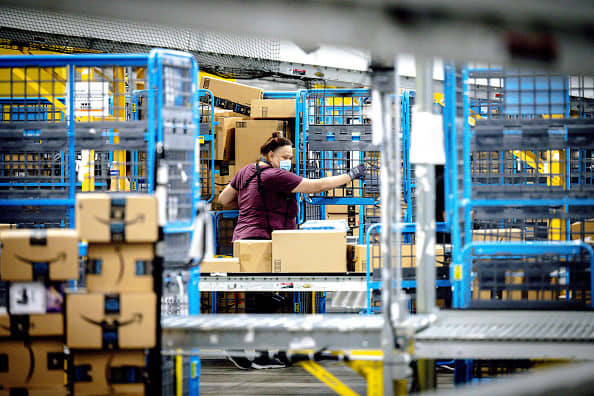