HELENA Mont. — A grizzly bear attacked and killed a person who was camping in western Montana early Tuesday, after previously wandering into the campsite, the Powell County sheriff said.

The attack happened between 4 a.m. and 5 a.m. in the area of Ovando, a town of fewer than 100 people about 60 miles (97 kilometers) northwest of Helena, said Greg Lemon, a spokesperson with Montana Fish Wildlife and Parks.

“There was an earlier contact with the bear prior to the event,” Sheriff Gavin Roselles said. “The bear basically came back into the campsite. It wandered into a campsite a couple different times.”

A team of law enforcement and wildlife specialists has been assembled to track down the bear, officials said.

An initial report said the victim had been riding a bicycle at the time of the attack. That is not the case, Roselles said.

The identity of the victim was not immediately released and further circumstances surrounding the attack were under investigation.

“Our first concern is the community’s well-being. The next step is to find the bear,” Lemon said.

Officials did not say exactly where the attack occurred, but Roselles said there were other people camping in the vicinity of the attack.

Lemon said his understanding is that the victim was part of a group on a bike trip.

Leigh Ann Valiton, who owns the Blackfoot Inn and a general store, said the people of Ovando were “absolutely devastated” by the fatal attack.

Grizzly bears have been getting into increasing conflicts with humans in the Northern Rockies as the federally protected animals expand into new areas and the number of people living and recreating in the region grows.

In April, a backcountry guide was killed by a grizzly bear while fishing along the Yellowstone National Park border in southwestern Montana.

Ovando is on the southern edge of a huge expanse of wilderness that stretches to the border of Canada and is home to an estimated 1,000 bears — the largest concentrations of the bruins in the contiguous U.S. The area includes Glacier National Park.

In 2016, an off-duty U.S. Forest Service law enforcement officer was fatally mauled in the region after he collided with a grizzly while mountain biking in the Flathead National Forest.

An estimated 50,000 grizzlies once inhabited western North America from the Pacific Ocean to the Great Plains. Hunting, commercial trapping and habitat loss wiped out most by the early 1900s.

Grizzly bears have been protected as a threatened species in the contiguous U.S. since 1975, allowing a slow recovery in a handful of areas.

More than 180 people killed by gun violence on holiday weekend

Tue Jul 6 , 2021
Fourth of July weekend saw a rise gun violence – with more than 180 people killed and 516 injured in shootings across the U.S., according to data from Gun Violence Archive.  In the first five days of July, there were a whopping 20 mass shootings, bringing 2021’s total to 336. May […] 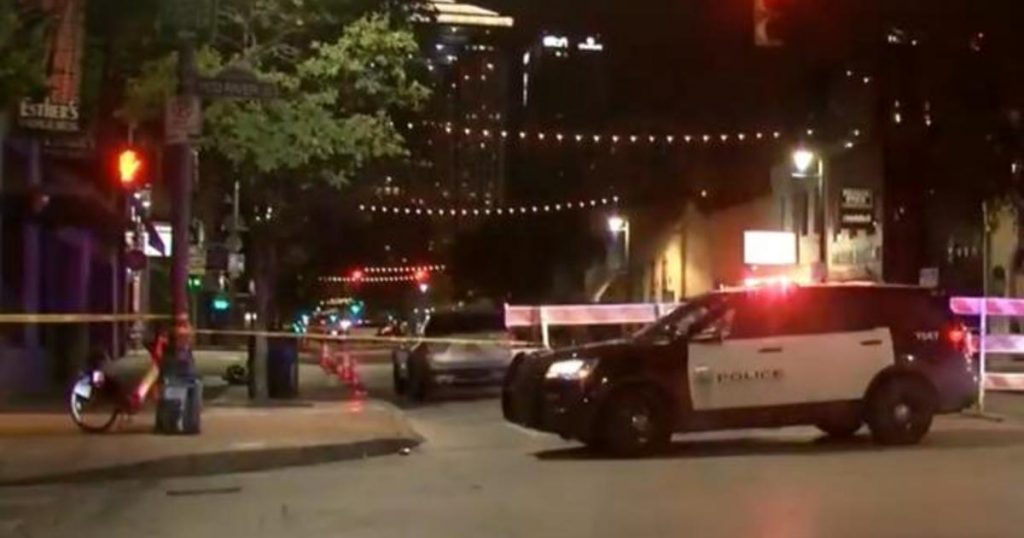