FILE PHOTO: European Commissioner for Inter-institutional Relations and Foresight Maros Sefcovic speaks during a news conference on Brexit at the EU headquarters in Brussels, Belgium, June 30, 2021. Francisco Seco/Pool via REUTERS

BRUSSELS (Reuters) – The European Union urged London on Tuesday to consider a Swiss-style veterinary agreement with Brussels on agri-foods to end a post-Brexit ‘sausage war’ row over certain goods moving between Britain and its province of Northern Ireland.

Tension has mounted over trade arrangements for Northern Ireland, particularly chilled meat, because the province’s open border with EU member Ireland is now part of Britain’s frontier with the EU’s single market.

European Commissioner Maros Sefcovic, the EU executive’s chief interlocutor with Britain since it completed its exit from the bloc last year, said the biggest challenge for Brussels was how to rebuild trust and realign its relationship with London.

“To build trust in each other requires first working together cooperatively and refraining from surprises,” he said, referring to Britain’s unilateral extension of grace periods for some food imports to its province of Northern Ireland.

“In response, we were forced to launch an infringement procedure (legal action), and without satisfactory steps by the U.K. to remedy these measures we will have no choice but to step up these legal proceedings,” he told a conference.

The EU is worried goods could flow unchecked from Northern Ireland into the bloc’s single market.

London says an important part of Brexit is not being bound to EU rules and has called on the EU to show more flexibility in finding solutions to the standoff.

Britain has also accused the EU of an overly legalistic interpretation of the Northern Ireland protocol, an agreement which governs trading arrangements following Brexit.

Sefcovic said legal steps over the protocol was not the EU’s preferred option and that an agreement last week to a three-month extension for free movement of chilled meats into the province signalled its willingness to find pragmatic solutions.

He said a longer-term solution to avoid Sanitary and Phytosanitary (SPS) checks for agri-food products, ranging from live animals to fresh meat and plant products, could be along the lines of an agreement the EU has with Switzerland.

That pact removes nearly all physical SPS checks, though not documentary checks, and achieves this through a dynamic regulatory mechanism that creates a Common Veterinary Area.

“This could be negotiated very quickly and would address many concerns,” Sefcovic said. “The U.K. continuing to apply EU SPS rules will do away with a vast majority of the checks in the Irish Sea and would not require checks elsewhere, say in Northern Ireland.”

He said he was aware of the British government’s concerns about such a solution, but added it was important “not to get too caught up” with concerns about alignment of rules and regulations between Britain and the EU.

Bangladesh exports up 15% as global demand for garments rebounds 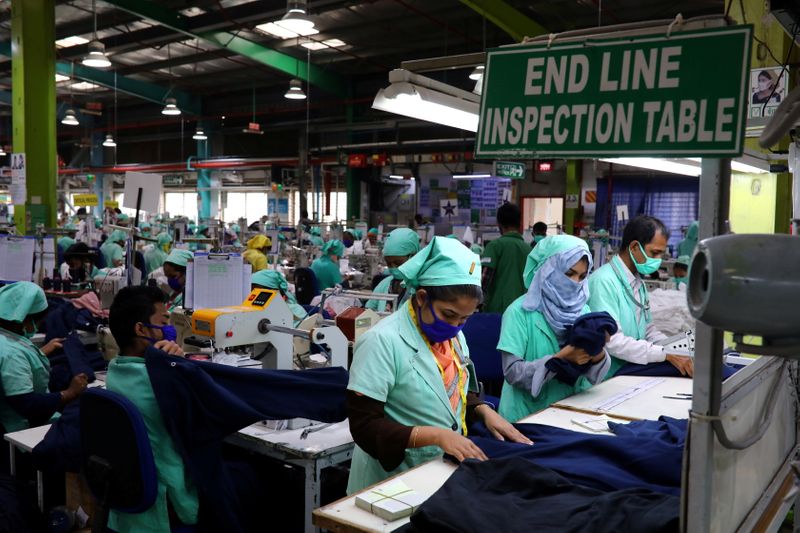