WASHINGTON (Reuters) – Democrats are favored to emerge from 14 hotly contested U.S. Senate races with full control of Congress in Tuesday’s election, but final results from at least five of those contests may not be available for days, and in some cases, months.

With public disapproval of President Donald Trump weighing on Republicans across the country, voters will decide whether to end the political careers of embattled Republican senators, including Trump ally Lindsey Graham of South Carolina and moderate Susan Collins of Maine, among others.

In total, 12 Republican-held seats and two Democratic-held seats are in play, based on a Reuters analysis of three nonpartisan U.S. elections forecasters – the Center for Politics at the University of Virginia, the Cook Political Report and Inside Elections.

“There are dogfights all over the country,” Senate Majority Leader Mitch McConnell, the top Republican in Congress, said at a campaign stop. He described the possibility of Republicans holding onto the Senate majority as a “50-50 proposition.”

Those odds appear optimistic, based on the three forecasters.

They forecast that Democrats could emerge with as many as 55 of the Senate’s 100 seats, giving them a majority for the first time in a decade in both the Senate and the 435-seat House of Representatives, where they are expected to maintain control.

Democrats are hoping to usher in a new political era in Washington if their presidential nominee, former Vice President Joe Biden, also wins.

Authorities and party officials in several states, including two where close Senate contests are being fought – Iowa and Michigan – reported a spike of automated phone calls Tuesday warning voters away for the polls for a variety of bogus reasons.

“Getting reports of multiple robocalls going to Flint residents that, due to long lines, they should vote tomorrow,” Michigan Attorney General Dana Nessel said on Twitter.

“Obviously this is FALSE and an effort to suppress the vote.”

A Justice Department official said the Federal Bureau of Investigation (FBI) was getting complaints about the calls in Iowa, where Senator Joni Ernst is battling to keep her seat against Democrat Theresa Greenfield.

“We are aware of reports of robocalls and have no further comment,” the FBI said in a statement.

To win the majority in the Senate, Democrats need to pick up only three Republican seats if Biden is elected president and Senator Kamala Harris wields the tie-breaking vote as vice president. Republicans now hold a 53-47 seat majority.

Republican Senator Cory Gardner of Colorado is seen as the most vulnerable among over half a dozen first-term party incumbents in Alaska, Arizona, Georgia, Iowa, Montana and North Carolina. Democrats Doug Jones and Gary Peters are also on defense in Alabama and Michigan, respectively.

Results from some races are not likely to be known until after Election Day, due to this year’s unprecedented volume of mail-in ballots and possible runoff elections in four races.

Delayed results could occur in Arizona and Maine, where Democrats are strongly favored to flip Republican seats. With races tightening in North Carolina and Iowa, analysts say Colorado could be the best chance for Democrats to show an election-night victory.

Final results from a four-way Maine contest between Collins, Democrat Sara Gideon and two independent candidates could be delayed for some time if no one wins an outright majority on Tuesday, Collins said as the voting was underway.

“If neither of us gets 50 percent of the vote, then we get into the rather odd ranked choice voting… We probably would not know for certain who won for another week,” Collins said Tuesday morning on the Hugh Hewitt radio show.

Under Maine’s system of “ranked choice” voting, voters can rank candidates in order of preference. If no candidate gets a majority, the lowest-ranked candidate is eliminated and their support is redirected according to voters’ second preferences.

Two elections for a pair of Senate seats in Georgia could face a similar fate, except that runoff elections would be delayed until Jan 5.

In Michigan, where Peters could be vulnerable to an upset by Republican John James, state election officials warn that final results may not be available until Friday.

The outcome of tight races in Montana and South Carolina may not be known until Wednesday, according to state election and Democratic Party officials.

If Democrats do emerge from the election with Senate control, Senate Democratic leader Chuck Schumer has vowed to let nothing stand in their way. “Nothing is off the table,” he said.

Tue Nov 3 , 2020
BTIG’s Julian Emanuel is bracing for market upheaval. The firm’s chief equity and derivatives strategist warns the latest rally is built on a flawed assumption there will be a decisive winner in the presidential election. “The problem that we have is that you’ve run 5% in literally a straight line since […] 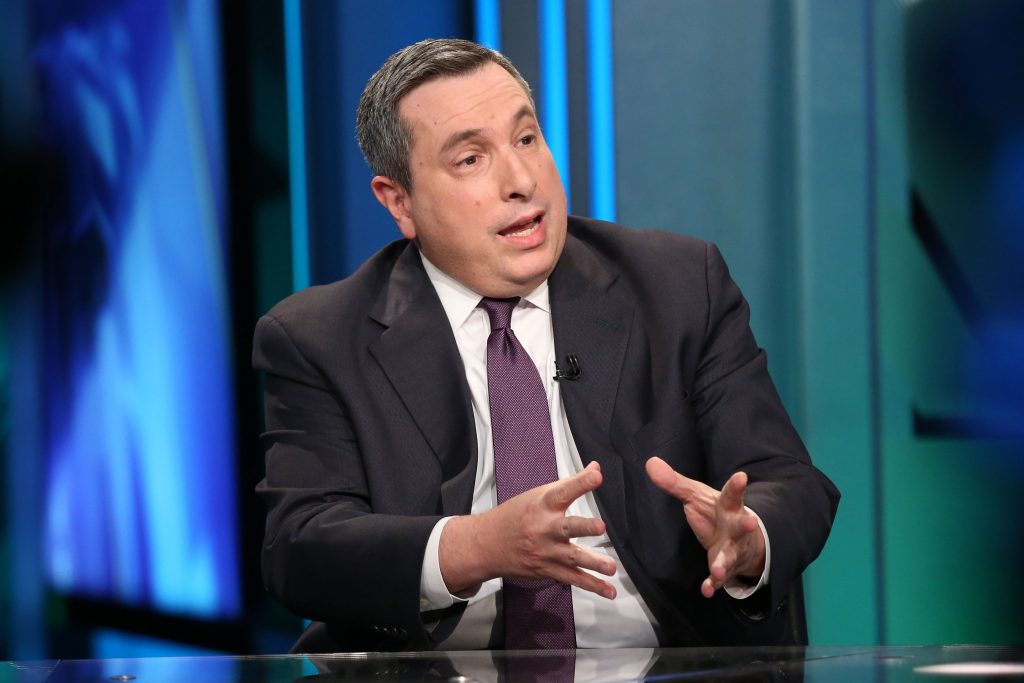