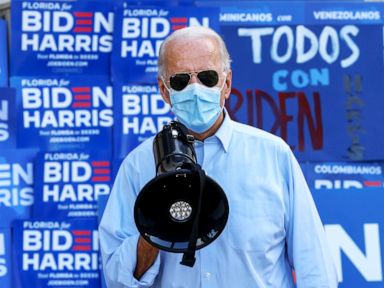 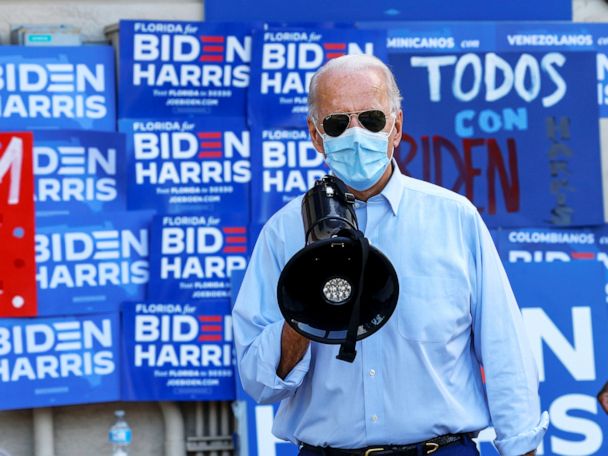 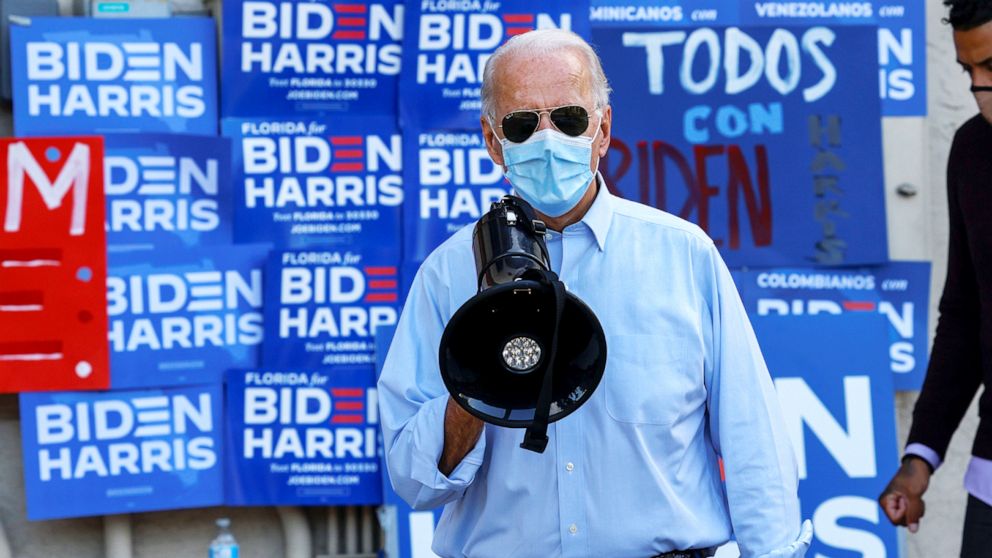 The weekend before Election Day is often called GOTV Weekend for the last-minute, get-out-the vote efforts that usually help boost turnout and some activists in the U.S. this year turned their focus on the Latino vote in the final days of the campaign.

However, several political operatives of color watching the campaign closely have painted, at times, a bleak picture of former Vice President Joe Biden’s pitch to voters of color.

Over the past few months, these same veteran Democratic operatives have waved red flags in private circles with some deciding to buck the Biden campaign and instead focus on supporting local voter mobilization efforts.

After the pandemic changed the landscape in America, the Biden campaign suspended door knocking and instead turned their efforts to digital, texting and phone banking across the country. The campaign would later resume knocking on doors in early October.

Michael Trujillo, a veteran Democratic operative, questioned the decision not to knock on doors sooner.

“I think the data and the evidence was there that they needed more engagement at the door and not on the porch, on the sidewalk, hopefully socially distant, to really engage those families,” Trujillo said.

In the lead-up to GOTV Weekend, the Biden campaign made a shift from focusing on voter mobilization to voter visibility, reminding voters that the election was just days away.

Jennifer Molina, Latino Media Director for the Biden campaign, tells ABC News in a statement that the campaign is confident in its mobilization efforts.

“As we have done all along, we are aggressively ramping up our visibility and increasing voter contact across all of our battleground states to turnout Latino voters. This includes tabeling in Latino supermarkets, like Cardenas, canvassing, phone banks, text banks, chiva buses, mobile billboards, taco trucks and banda performances near election day sites — we’re confident our historic investments of tens of millions of dollars will mobilize the community.”

Another challenge to getting out the Latino vote surrounds timing and mail-in-ballots as the election draws near, activists told ABC News.

Democrats, both locally and nationally, have revised their pitch to voters this week by abandoning the push to vote by mail, instead urging voters to change their plans and vote either in person or hand-deliver their ballots.

“If you want your voice to be heard, drop off your ballot. Don’t put it in the mail,” Biden told voters in Minnesota Friday. “Or vote safely in person any day up through Election Day. But you’ve got to get it done. And make sure everyone you know votes as well, so they’ll not be able to stop us.”

“A lot of folks are nervous that mail-in ballots in Pennsylvania are coming in under where they hope to be,” Trujillo told ABC News. “And there’s like a crossing your fingers sort of a fact that a lot of them just start at the post office and haven’t been processed yet, but they’re in the system. That’s the hope, and that’s a weird thing to hope for, especially as opposed to slow and raggedy, as it’s become.”

A veteran Texan operative who asked to speak to ABC News on condition of anonymity out of fear of political retribution, is waiting for exit polls on Election Day for a hint at Biden’s chances in the state; however, the operative notes that the get-out-the vote efforts toward a specific candidate may be ineffective this weekend.

With days left to get out the vote, the Biden campaign now has a limited number of ways to reach voters, operatives warned. Just this week, Facebook banned new campaign ads on the platform.

“You’re left with … TV, which is more of a shotgun approach by Univision and Telemundo, but you can pour in as much money into that as you want, but that doesn’t necessarily mean you’re getting to that Puerto Rican, right, or the Nicaraguan that you want to talk to,” Trujillo said.

“All you’re left with is potentially texting, which is losing its potency because there’s been so much texting because volunteers are able to turn off over the summer,” he added. “That is all becoming white noise on your phone now.”

Julie Chavez-Rodriguez, Biden’s deputy campaign manager, told reporters this week, “We’re really excited about going into this GOTV weekend. Across every state, we have Latino-specific GOTV efforts” that include bilingual phone banks and text banks that are “reaching voters directly,” she said.

Florida-based Biden senior advisor Christian Ulver said that in the run up to Election Day the campaign hosted 45 GOTV Hispanic events across the state, with 25 of them focused on voters in South Florida.

“In the final push you got to draw that excitement out to get people to the polls and we’re doing that all over the state of Florida,” Ulver told ABC News.

The season’s final ABC News/Washington Post poll shows a toss-up on Florida between the two candidates. Hispanics divide closely in the Sunshine State: 51% for Biden, 47% for Trump, the poll also shows. While the sample is small, it is influenced by substantial support for Trump among Cuban Americans. Biden is ahead among non-Cuban Hispanics and has broad support from Black likely voters, according to the poll.

Matt Barreto, the Biden campaign’s Latino pollster, told reporters this week, “We are 100% on track to match or exceed the Obama Latino vote numbers in 2012. We’re not overly focused on 2016.”

“We are seeing the vice president’s numbers increase and improve,” Barreto added.

Veteran Florida operative Melba Pearson said that compared with the Florida primary in mid-March, she’s seen a lot less effort getting voters mobilized in the Sunshine State. By now in a normal election, she said she would have been typically inundated with events and activities geared toward get-out-the vote efforts.

“Normally between Instagram, Facebook, in my inbox — somebody would have sent me a flyer. So, I’m concerned that they haven’t mobilized in the same way.”

Pearson said she is hopeful that perhaps the weekslong emphasis on mail-in ballots may be the reason she hasn’t seen as much targeted voter outreach.

Several operatives with experience in organizing Latino voters in Florida note that Biden still has a chance, but many stress that Biden should have had surrogates on TV earlier to combat disinformation and pitch to voters why they should vote for him. Many note that Biden has a strong showing in the state among white senior citizens and they believe whatever he loses with Latino support he will gain with white seniors fed up with Trump.

The Biden campaign, however, is focused on the final days of early voting and is holding 1,500 events across Florida, including “Souls to the Polls” with various elected officials, to a chiva bus “Voting Celebration” caravan with Rep. Debbie Murcasel Powell.

Biden for President Florida is currently coordinating with the Florida Democratic Party 2020 Victory Fund in the final stretch, focusing on voter engagement and direct voter contact.

One operative with Florida ties who spoke with ABC News on condition of anonymity as the person was not authorized to speak publicly, said that groups like Cubanos con Biden and Colombianos con Biden are a step in the right direction; however, the person said it wasn’t clear whether these last-minute efforts would translate into “people actually going to the polls.”

“Unfortunately, I think we needed to do more door knocking … we needed to be getting these people out there,” the operative said. 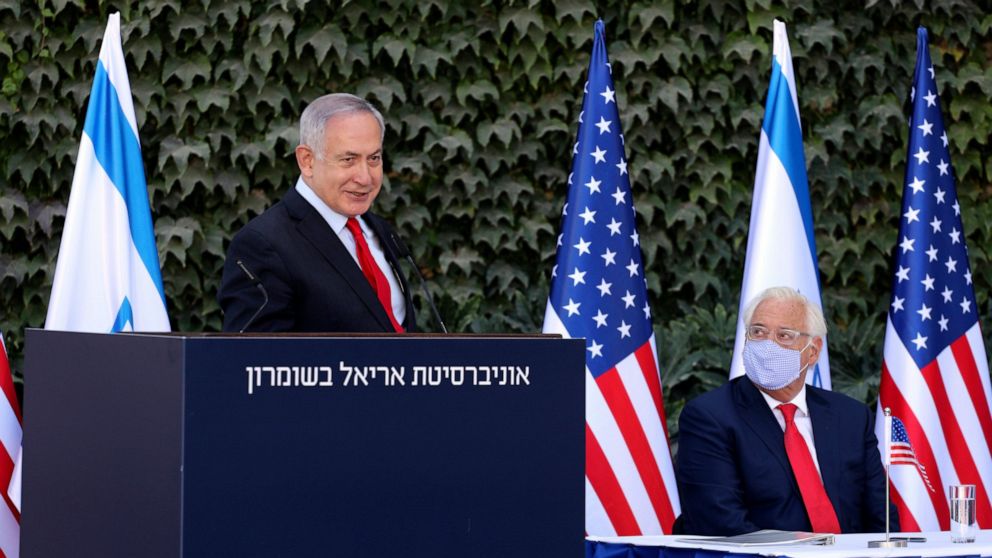