A pall of eerie black snow has covered several towns in the Siberian region of Kuzbass, which is home to 2.6 million people and one of the world’s largest coal fields.

According to the Guardian and the Siberian Times, the snow is tainted with toxic black coal dust that was released into the air from open coal pits and improperly maintained factories in the region. One coal plant official told the local media that a shield meant to prevent coal powder from escaping out of the factory had malfunctioned — however, toxic black snowfall seems to be a regular phenomena in the area and it isn’t necessarily tied to a single source. [The Frozen North: Stunning Images of Russia from Above]

“It’s harder to find white snow than black snow during the winter,” Vladimir Slivyak, a member of the non-profit environmental action group Ecodefense, told the Guardian. “There is a lot of coal dust in the air all the time. When snow falls, it just becomes visible. You can’t see it the rest of the year, but it is still there.”

Kuzbass (short for Kuznetsk Basin) is one of the largest coalfields in the world, spanning more than 10,000 square miles (26,000 square kilometers), according to Britannica.com. A 2015 report from Ecodefense found that the citizens of Kuzbass have an average life expectancy 3 to 4 years shorter than the Russian national average and have nearly twice the risk of contracting tuberculosis and childhood mental disorders.

Black snows like this one are a frequent winter feature in the region, the report found, and mitigation attempts have been… lacking. For instance, in December 2018, regional authorities were accused of trying to hide the toxic black stuff by literally painting over it with white pigment, the Moscow Times reported.

Siberia, which would be the world’s largest country by size if it were a sovereign nation, is no stranger to bizarre environmental disasters. In July 2018, a Siberian factory town was drenched in a red “blood rain” when improperly stored industrial waste was caught up in a storm. Later that month, a mysterious wall of dust blacked out the sun for 3 hours in Yakutia, a region that contains some of the coldest cities in the world.

According to the Guardian, several British groups have proposed boycotting Kuzbass coal until the region enacts stronger environmental protections, The simple fact is, however, that there’s no great way to make coal use environmentally friendly. Even if black snow isn’t falling in your part of the world, remember — carbon dioxide released by coal plants remains a leading cause of climate change.

Women in Hollywood see some gains after Oscars equality plea 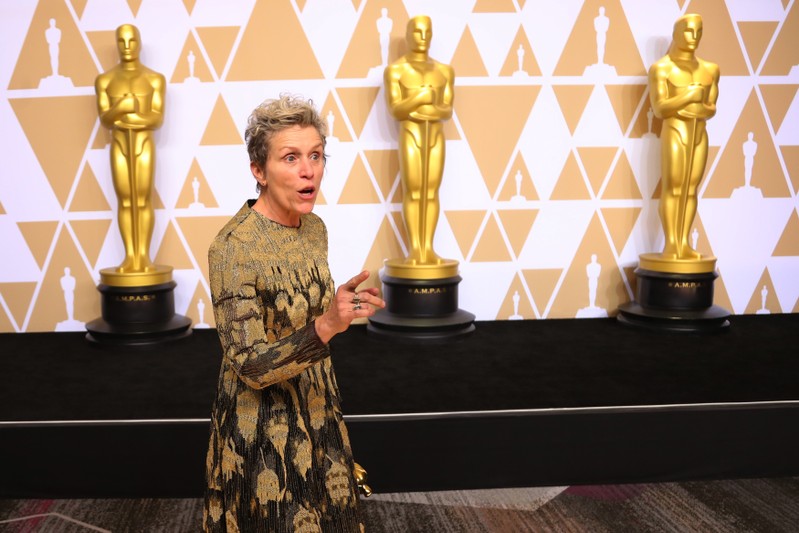