The questioning gave a preview into Rogers’ thinking before she decides whether Epic Games’ argument is strong enough to force Apple to allow it to install alternative app stores on the iPhone and avoid the App Store’s 30% fee on in-app purchases.

Rogers asked Cook what his problem was with allowing iPhone users the choice of a lower fee, specifically for games. Cook said that users have a choice between iPhones or Android devices.

She followed up by asking about whether Apple has a problem with giving users information to get the same in-app purchases through a web browser, bypassing Apple’s 30% fee, suggesting a compromise where Apple would allow a company like Epic Games to link app users to a web browser to make transactions, instead of forcing them to use Apple’s in-app purchase mechanism.

“The gaming industry seems to be generating a disproportionate amount of money to the IP you’re giving them and everyone else,” Rogers said to Cook. “In essence, it’s almost like they are subsidizing everyone else.”

“You don’t have competition in those in-app purchases, though,” Rogers replied.

Rogers also expressed doubt that Apple’s Small Business Program, which cut App Store fees in half for small developers, was made out of concern for small businesses during the Covid pandemic, as Cook testified on Friday.

“That seemed to be the result of the pressure accrued because of investigations, of lawsuits,” Rogers said.

Cook said that lawsuits were in the back of his head, but what triggered the program was worry over small businesses during Covid.

Rogers remarked that she had seen a survey that 39% of Apple developers are dissatisfied with the App Store.

“It doesn’t seem to me that you feel any pressure or competition to actually change the manner in which you act to address the concerns of developers,” Rogers said.

Cook disagreed and said that Apple “turns the place upside down for developers.”

Friday was the first time Cook has testified in court, he said.

The three-week trial will conclude on Monday, but Rogers warned this week it may take weeks or months until she makes a decision. After that, the dispute is likely to be appealed, she said.

Before Cook was questioned by Rogers, he testified on Friday that Apple faces fierce competition in smartphones and that in the United States, the iPhone has only a “high 30s” percentage of market share. Internationally, the iPhone has about 15% market share, Cook said.

The market share figures cited by Cook are a rare example of Apple discussing the market share of its most important product, the iPhone, in an effort to say it does not dominate the smartphone market.

Apple’s U.S. share cited by Cook is lower than many external estimates. For example, a recent report from Counterpoint Research pegged it at between 40% and 65%, depending on the quarter, since 2019.

Apple has argued that its control of its App Store, the only way for consumers to install software on iPhones, is essential for the company’s security and privacy promises to its users, and an important distinguishing feature in a competitive market for smartphones.

“We could no longer make the promise of privacy, safety, and security” if Epic Games prevails, Cook testified, saying that the App Store would be a “toxic mess” without Apple’s rules and policies that Epic is fighting in court.

Epic Games argues security is an excuse to extract fees and control what software makers do, and that Apple could safely open up its platform to competing app stores.

Cook mentioned Samsung, Vivo, Oppo, Huawei and Google as handset competitors, all of which use a version of Google’s Android. He said Apple also faces competition from other app stores, including Google Play, and consoles such as Microsoft Xbox and Sony PlayStation.

When questioned by Epic Games lawyers, Cook declined to answer a question about whether Apple’s iPhone competes with Google’s Android in the operating system market.

Cook said that Apple uses surveys to track whether iPhone users switch to Android devices. “Making efforts to get Android people to switch to iPhone, that’s a very important task for us,” Cook said.

Much of Cook’s testimony on Friday surrounded a nonpublic, internal Apple document that was sent to him describing profitability trends for various Apple divisions, including the App Store. Epic’s lawyers said it showed that Apple’s App Store is very profitable, trying to bolster its argument that Apple uses its control to boost its own profits.

Cook said that the document was not “fully loaded” with all the expenses Apple spends on the App Store and that it was a “benchmarking” exercise. He said that he has a “feel” for the App Store’s profitability but did not provide a number. An accountant hired by Epic Games previously testified that Apple had an operating profit margin of 77.8% in 2019.

Epic Games lawyers also asked Cook about Apple’s deal with Google to be the default search on the iPhone browser, which was estimated at $10 billion per year by a congressional report citing a Wall Street research note. Cook said he did not remember how much Google pays.

Cook was also questioned by Apple lawyers about iMessage, Apple’s messaging program that is built into iPhones and exclusive to Apple products. Cook said that he didn’t think the lack of iMessage on Android has prevented iPhone users from switching to competitors.

Cook dismissed concerns that people switching from an iPhone to an Android device might miss text messages, saying that “you can easily turn off your iMessage.”

Fri May 21 , 2021
Twitter has deactivated the automatic image-cropping function on its platform, nine months after the social media platform first began receiving complaints the feature crops out Black faces from photographs. Some Twitter users last September began noticing that when they posted a photo the featured both a Black person and a White person […] 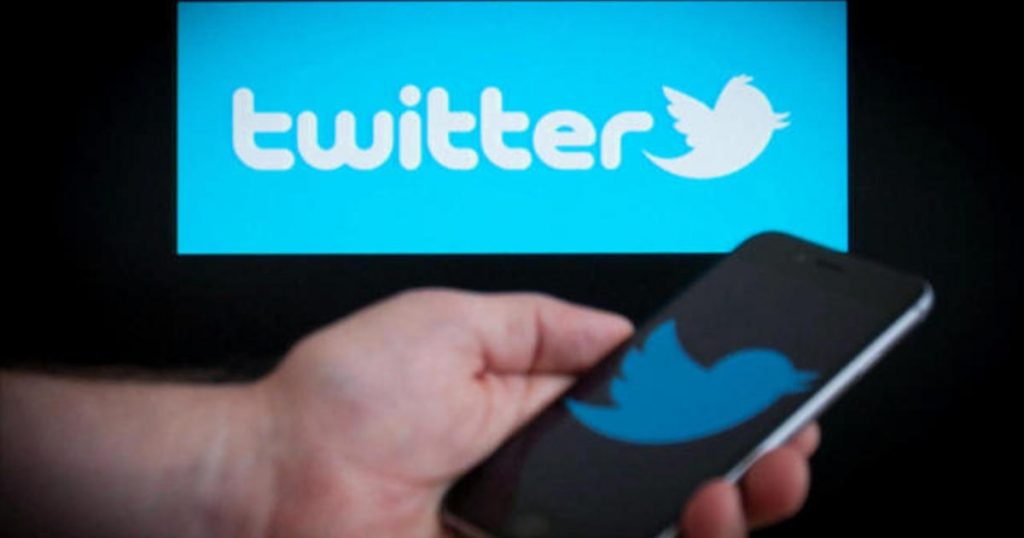