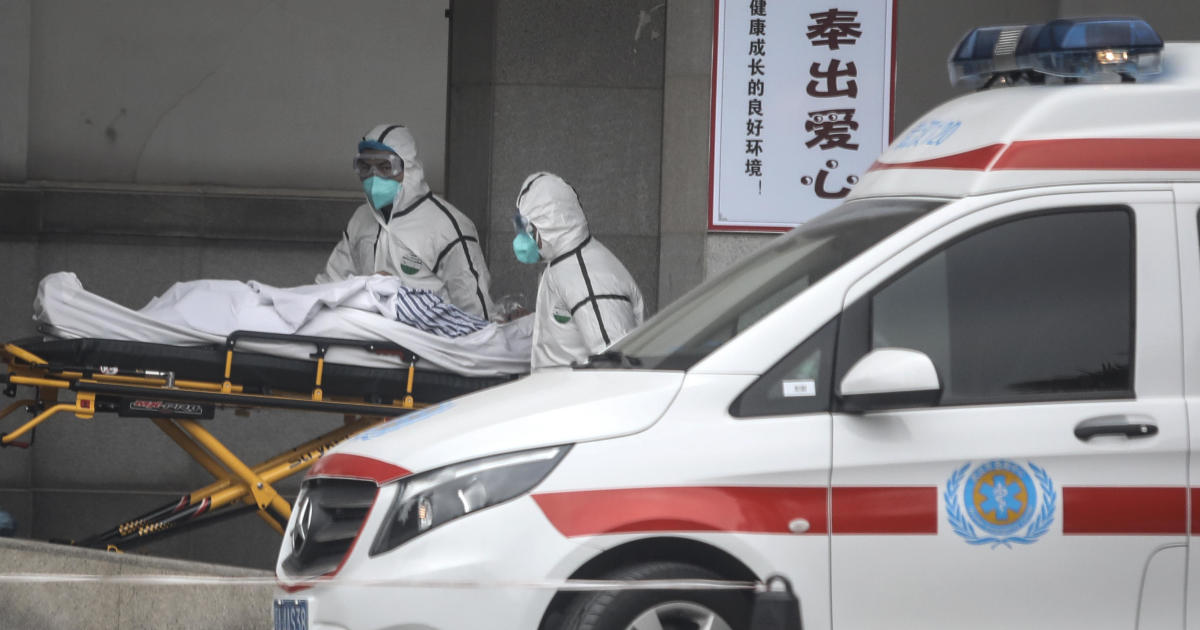 Officials in China are racing to contain a deadly new strain of virus that has infected more than 4,500 people and left at least 106 dead. Chinese officials have blocked all transportation in and out of the city of Wuhan and surrounding areas, where the outbreak of the “2019 novel coronavirus” or “2019-nCoV” originated.

The illness has spread to more than 15 countries around the world, and five cases have been confirmed in the United States — all in people who had recently traveled from Wuhan, China. At least 100 people in 26 U.S. states were being tested for the virus as of Tuesday morning.

Health officials believe the virus was initially transmitted from animals to humans, but that human-to-human transmission of the flu-like illness is now occurring.

Here’s what you need to know:

What is a coronavirus?

The viruses can be transmitted from animals to humans; the virus that causes SARS, for example, was originally transmitted to humans from a cat-like animal called a civet. But in some instances, as appears to be the case with this new strain of coronavirus, they can also be transmitted between humans.

The World Health Organization said there are multiple known coronaviruses circulating in animals that have not yet been transmitted to humans.

What are the symptoms?

According to the U.S. Centers for Disease Control and Prevention, the new virus can cause symptoms including fever, cough and shortness of breath. Importantly, experts warn that this new virus can be transmitted by infected individuals who are not showing any symptoms at all.

The CDC says symptoms of the new “2019-nCoV” virus can appear in as few as two days or as long as 14 after initial exposure.

How did the new strain start?

The outbreak began in Wuhan, a city of 11 million people. Many of the early patients were reportedly linked to Hua Nan Seafood Wholesale Market, a large seafood and animal market in the city, according to CBS News’ Ramy Inocencio. But since then, a rising number of people have apparently contracted the virus without exposure to the market.

The market was closed on January 1, 2020 for “environmental sanitation and disinfection,” according to the World Health Organization.

How many people have died?

At least 106 people have died from the illness, according to Chinese officials. Most of those deaths occurred in Wuhan, which is in the central Hubei province. The first death was reported January 9.

While the virus originated around Wuhan, cases have also been reported in Thailand, Taiwan, Japan, South Korea, Vietnam, Malaysia, Nepal, Singapore, the U.S., Australia, France and a growing number of additional countries.

How is it transmitted?

It’s well-established that coronaviruses can spread from animals to humans, according to the World Health Organization. But health officials soon confirmed there have been cases in which this virus has spread from human to human.

Chinese state-run media quoted Zhong Nanshan, a scientist at the China’s National Health Commission, as saying such transmission was “affirmative.” The scientist did not say how many cases were the result of human-to-human transmission — but in one case, a hospital patient is said to have infected 14 medical workers, reports Inocencio.

What’s being done to stop the spread?

The World Health Organization convened an emergency committee on the virus in Geneva, Switzerland, but it determined that the outbreak does not yet rise to the level of being designated an international public health emergency. WHO will continue working with nations on efforts to contain it.

The CDC said it has developed a test to diagnose the virus. Currently, that test must be administered at the CDC, but the organization is working to share the test with domestic and international partners.

In Hong Kong, which was ravaged by SARS in 2002 and 2003, hospitals upped their alert level to “serious” and implemented temperature checkpoints for inbound travelers.

While China has closed transportation in and out of Wuhan and 12 other cities, there are concerns that as hundreds of millions of people travel around the country to celebrate the Chinese New Year, the virus could spread even faster.

Is it safe to travel?

The U.S. State Department issued a travel alert Monday, January 27 advising Americans to reconsider traveling anywhere in China due to the outbreak. It issued a stronger level 4 warning for the province where Wuhan is located, stating: “Do not travel to Hubei province, China” due to the coronavirus outbreak.

The CDC is urging people to seek medical care right away if they traveled to Wuhan in the past two weeks and have a fever, cough or trouble breathing. It says older adults and people with underlying health conditions may be most at risk for severe illness from the virus.

“Preliminary information suggests that older adults and people with underlying health conditions may be at increased risk for severe disease from this virus,” it said.

Ramy Inocencio and Grace Qi contributed to this report.

Tue Jan 28 , 2020
Afghan forces and Taliban fighters clashed in a central region where a U.S. military aircraft crashed, officials said on Tuesday, as the government tried to reach the wreckage site in a Taliban stronghold. On Monday, the U.S. military said an E-11A aircraft crashed in the province of Ghazni, but disputed […]