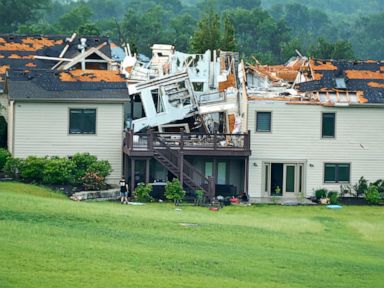 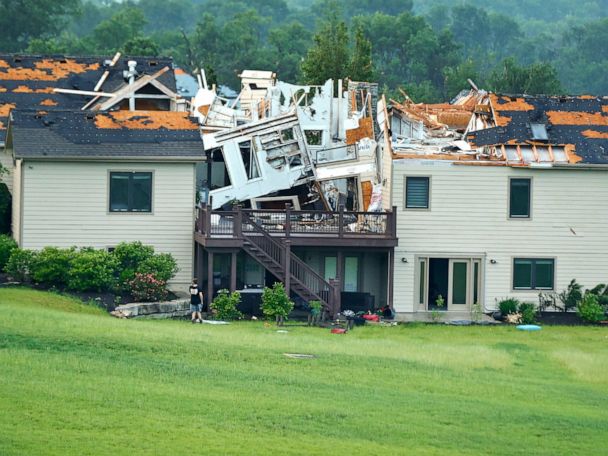 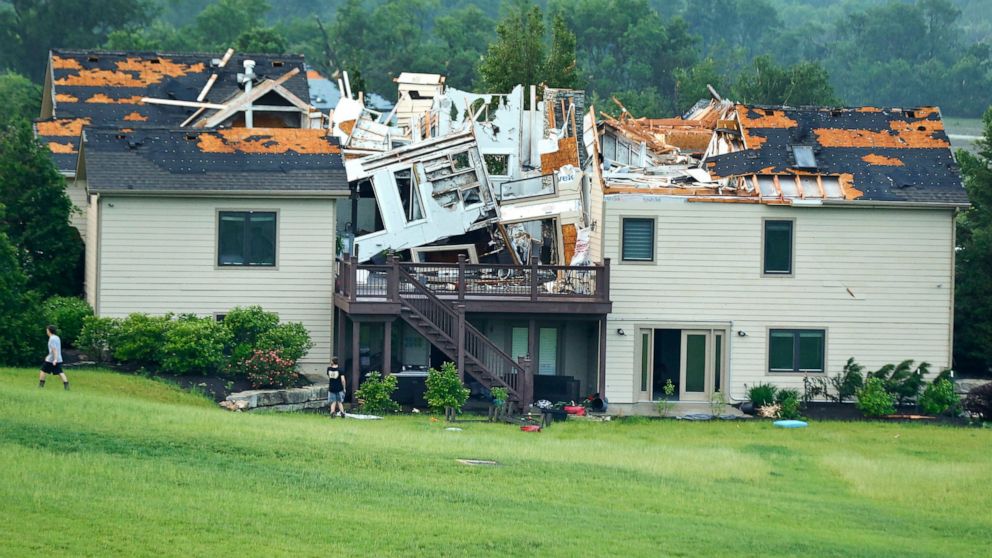 The Latest on the aftermath of tornadoes in Ohio (all times local):

A man who survived a catastrophic 1974 Ohio tornado had to run for shelter once again as severe weather pounded his community this week.

Monday’s storm toppled the church’s steeple and did enough other damage that the building may have to be torn down.

Harrington was 17 when he rode out the 1974 tornado in nearby Xenia in a pitch-black locker room at his high school.

That storm killed 32 people and nearly wiped the small town off the map.

Trump told DeWine he saw “that you got hit very hard.”

He asked DeWine if the damaging storms were a surprise, but DeWine credited the news media with “a very good job of telling us that this thing was coming.” DeWine said people who didn’t have basements took shelter in their bathtubs.

Trump said he didn’t think of Ohio when he thought of tornadoes, but DeWine responded: “We get our share.”

The Republican president said: “Whatever we have to do, we’ll do. … We’ll take good care of you.”

Tens of thousands of people remain without power and water in the Dayton, Ohio, area in the aftermath of severe Memorial Day weather that spawned building-wrecking tornadoes across Indiana and Ohio.

The city of Dayton says some 60,000 of its customers had no water as of Wednesday morning, with about two-thirds of customers who have water urged to conserve it. Many people remained under boil water advisories.

Ice and water distribution centers were set up around the Dayton region.

Dayton Power & Light says it has restored power Wednesday morning to some 35,000 customers, nearly half of those hit by outages.

Forecasters confirmed at least eight tornadoes had hit the region, three of them rated as severe-damage tornadoes.

Authorities were wary of a potential wave of new thunderstorms expected Wednesday.

Strong Memorial Day tornadoes that spun through Ohio and Indiana smashed homes and businesses and sent thousands of people cowering in basements and closets, but just a single death was reported.

Hospitals said as many as 130 people were injured after the tornadoes pounded communities in and around Dayton on Monday night amid a severe weather outbreak. In hard-hit Celina (suh-LEYE’-nuh), site of the only Ohio fatality, Fire Chief Douglas Wolters cited alerts people received on their phones and extensive coverage by TV meteorologists ahead of the storm, giving residents a 10-minute warning.