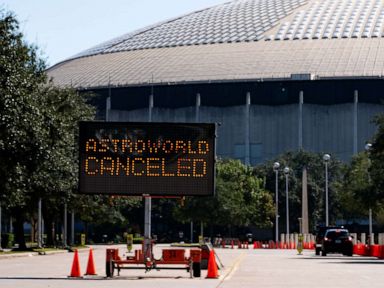 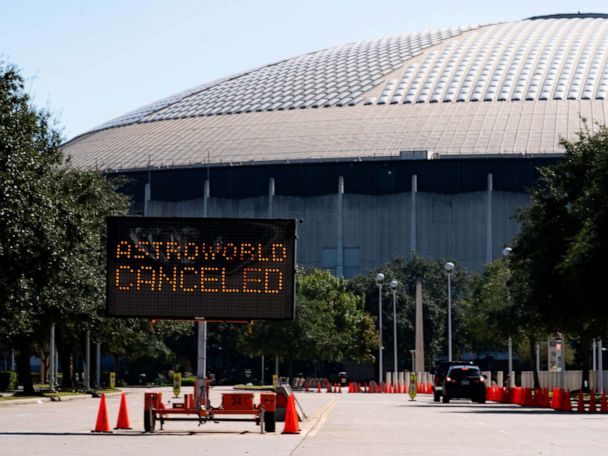 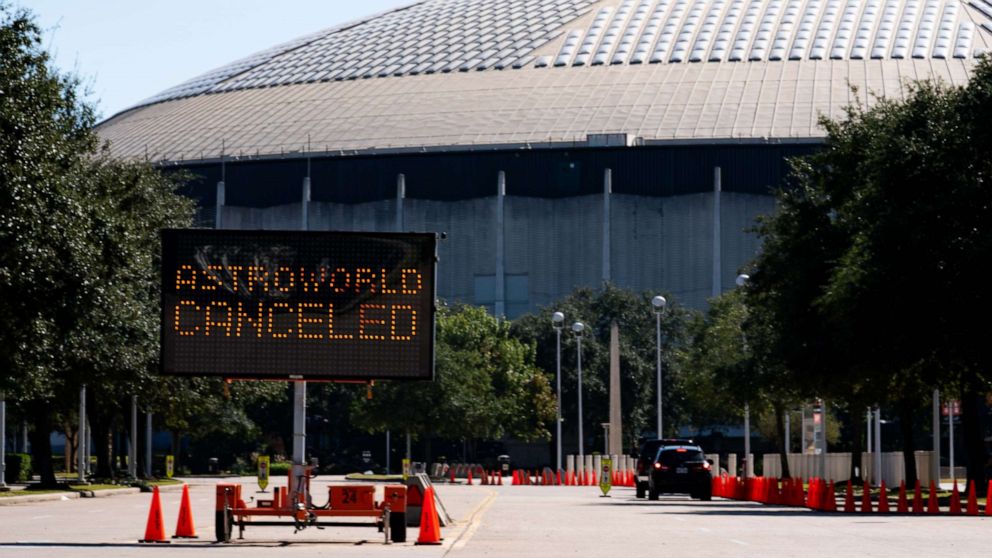 As names of some of the victims emerged in the deadly stage-surge horror at the Astroworld Festival concert in Houston, the medical examiner asked for the public’s help in identifying one young man who died in the chaos that erupted during rapper Travis Scott’s performance.

The Harris County Institute of Forensic Sciences released a post-mortem photo of the 6-foot-2, nearly 500-pound man, who perished at Memorial Hermann Hospital in the Texas Medical Center, where he was brought after Friday night’s mayhem.

He was among eight concert-goers killed when throngs in the estimated crowd of 50,000 packed into NRG Park — which is next to NRG Stadium, home of the Houston Texans NFL football team — suddenly surged toward the stage, authorities said. Another 25 people were injured, one just 10 years old, officials said.

The unidentified victim is believed to be in his early 20s, according to the medical examiner’s office statement. He had short black or dark brown wavy hair, a slight mustache and a goatee.

A photo of one of the man’s size 11 white Nike sneakers was also released.

The medical examiner did not release the cause of the man’s death.

Four of the people killed were identified by either their families or the schools they attended.

Danish Baig, 27, of Dallas was killed while trying to save his fiancee, Olivia Swingle, who had fallen and was about to be trampled by the concert-goers pushing forward, Baig’s brother, Basil Baig, told ABC News.

“He was an innocent young soul who would always put others before him,” Basil Baig said in a statement. “He was a hard-working man who loved his family and took care of us. He was there in a heartbeat for anything. He always had a solution to everything.”

Basil Baig said in a Facebook post that he also was at that the concert, promoted and organized by Live Nation, described it as being “poorly” managed and supervised. He alleged that Scott provoked the crowd to move toward the stage.

“Travis Scott and his team and everyone associated in the event should and will be held responsible,” Basil Baig said in his statement to ABC News.

In videos Scott posted on Instagram Saturday, he said he tried to spot people in the crowd having physical problems and paused during the show to try to get help to fans that appeared in need.

“I could just never imagine the severity of the situation,” Scott said in one of the videos.

In a separate statement, Live Nation said it is “heartbroken for those lost and impacted at Astroworld last night. We will continue working to provide as much information and assistance as possible to the local authorities as they investigate the situation.”

The youngest victim who died was 14-year-old John Hilgert, a freshman at Memorial High School in Houston, according to a letter the school’s principal sent to parents.

“Our hearts go out to the student’s family and to his friends and our staff at Memorial,” principal Lisa Weir wrote in the letter. “This is a terrible loss, and the entire MHS family is grieving today.”

Iris Rodriguez said her niece had a passion for dance.

“Now she’s dancing her way to heaven’s pearly gates,” the Rodriguez family wrote on a GoFundMe page that included a series of photos of Brianna.

Franco Patino, 21, a senior at the University of Dayton in Ohio, was identified by the school as one of the concert-goers killed.

In a letter addressed to members of the university’s campus community, the school’s president, Eric Spina, said Patino was from Naperville, Illinois, and was majoring in mechanical engineering technology with a minor in human movement biomechanics.

Patino was also a member of Alpha Psi Lambda, a Hispanic-interest fraternity, and the Society of Hispanic Professional Engineers, Spina wrote. Patino had been working in an engineering coop program in Mason, Ohio, according to Spina.

The concert bedlam unfolded around 9:30 p.m. local time Friday when the “the crowd began to compress toward the front of the stage,” Houston Fire Chief Sam Pena told reporters during a news conference Friday night.

“That caused some panic, and it started causing some injuries,” Pena said.

At least 13 people injured remain hospitalized, including five under the age of 18, Houston Mayor Sylvester Turner told reporters during a briefing.

“As soon as the crowd began to surge … those people began to be trapped, essentially up at the front, and they began to be trampled and they actually had people falling down and passing out,” Pena said Saturday on ABC’s “Good Morning America.”

What triggered the surge is under investigation by the Houston Police Department. Texas Gov. Greg Abbott said he has ordered the Texas Department of Public Safety to make state resources available to support the investigation.

Prior to the fatal surge, some 300 people had been treated throughout the day at the music festival by on-site medical personnel, authorities said. There were “many instances” where they had to administer Narcan, which is used to treat a narcotic overdose, said Pena, who did not have an exact number.

Houston Police Chief Troy Finner said that during the pandemonium, a private security guard working at the festival was possibly injected in the neck with drugs as he was attempting to grab or restrain someone.

“When he was examined, he went unconscious,” Finner said during a Saturday afternoon briefing. “(Medical staff) administered Narcan. He was revived, and the medical staff did notice a prick that was similar to a prick that you would get if someone was trying to inject.”

Finner went on to caution people posting theories on social media against the speculation about the cause of the incident.

“A lot of narratives are out there right now on social media,” Finner said. “I think that all of us need to be respectful of the families and make sure we follow the facts and the evidence.”