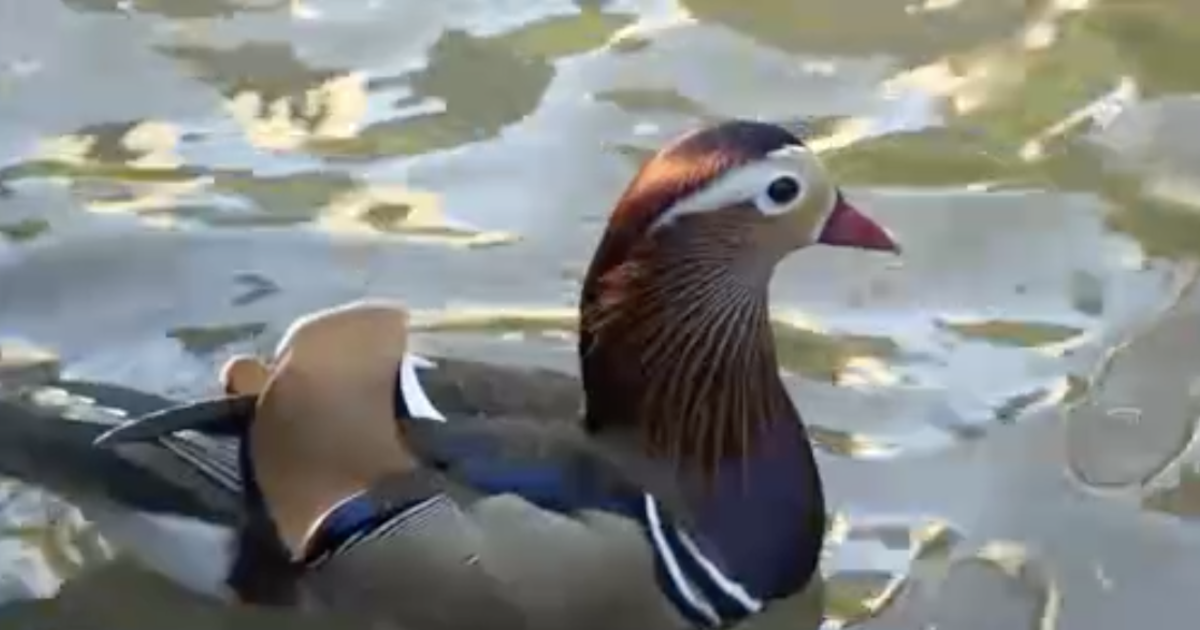 A Mandarin duck from East Asia mysteriously ended up in New York City’s Central Park last month, wowing spectators who were surprised by the rare bird’s appearance. Then the air of mystery deepened when the bird just as swiftly disappeared. Now, bird-watchers are breathing a sigh of relief that the rare bird has reappeared.

The Mandarin duck is known for its multicolored feathers — some an emerald green, some a deep mauve and others a smooth, suede-like tan. It is unclear how the bird ended up in Central Park — or New York City, for that matter — since it is originally from the other side of the world. Birdwatcher Dave Barrett, who spotted the rare duck, told CBS News York that he called around to local zoos to see if they were missing a Mandarin duck.

None of the zoos were missing any, so the bird-watching community believed the mystery duck was a domestic pet, which is illegal in New York City.

New Yorkers and tourists swarmed Turtle Pond, where the duck has been most recently spotted. The duck became a sight-seeing destination — until this past weekend, when the spottings suddenly stopped.

“It was not seen yesterday, and despite my posting about it today and encouraging people to look for it, it has not been seen today,” Barrett told the station. Barrett said the duck probably moved to another body of water — perhaps the Jackie Onassis Reservoir in the middle of Central Park, where tourists aren’t crowding it yet.

The bird has disappeared and turned up in other ponds before, Barrett said. And indeed, it re-emerged Thursday, CBS New York reported.

“It’s not easy to catch a duck. Certainly a healthy, live duck like this would not be easy to catch. And I think New Yorkers love it and would not want to harm it,” he said.