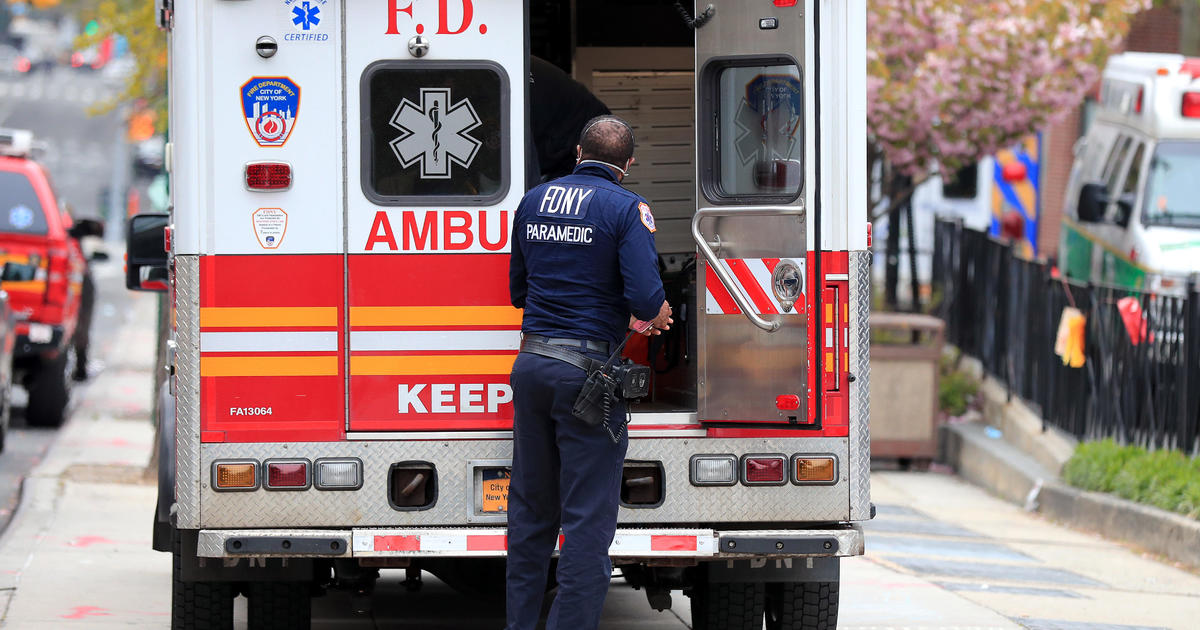 The coronavirus continues to keep New York City paramedics busy, accounting for a majority of 911 calls, including this call that EMT Andrew Brock responded to, a middle-aged man with COVID-19-like symptoms.

New York City’s 911 calls peaked at nearly 7,300, almost double what used to be a normal day

“There’s nothing normal about this,” Brock said. “I’ve been, I’ve been with the fire department for 18 years and I’ve never in life told so many people in one day, that their family member has passed.”

“With some of them it happens so fast, like they’ve been okay and then they just start to feel a little sick one day and then the next day they’re gone,” Brock said.

Antonio Quinones is working his second 80-hour week on the frontlines. Afraid he might bring the virus home, he instead sleeps in the fire house.

He said “I think we all have” mentally prepared themselves that they might get infected.

It seems the virus takes not only a physical toll, but an emotional one, too.

“We weren’t built for this, you know, we’re here to help sick people and stuff like that but the amount of death we’re dealing with is, I don’t think anybody was ready for that,” Quinones said.

Their fear is common, their bravery is not.

“We’re doing what we got to do because that’s what we do,” Quinones said. That’s what our calling is.”

So they keep answering that call.

“We have to help people that can’t help themselves right now,” Brock said. “And we have to be able to be strong for them, because this is the time that they need us the most.”

The call volume in recent days has returned to near pre-coronavirus levels, roughly 4,000 a day, mostly COVID-19 calls. Still, at least 15% of paramedics are out sick, and nearly 600 are being monitored for COVID-19 symptoms and five are on ventilators.

Sat Apr 25 , 2020
Watch CBSN Live There has been a decrease in the number of coronavirus infections and hospitalizations in New York City since the outbreak. But emergency workers on the frontline continue to face a straining workload. Mola Lenghi reports. Copyright © 2020 CBS Interactive Inc. All rights reserved. View CBS News […]