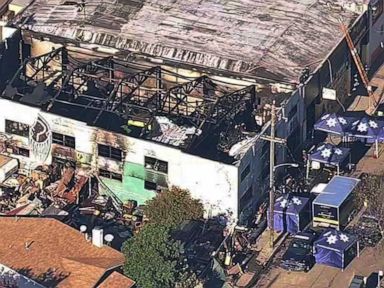 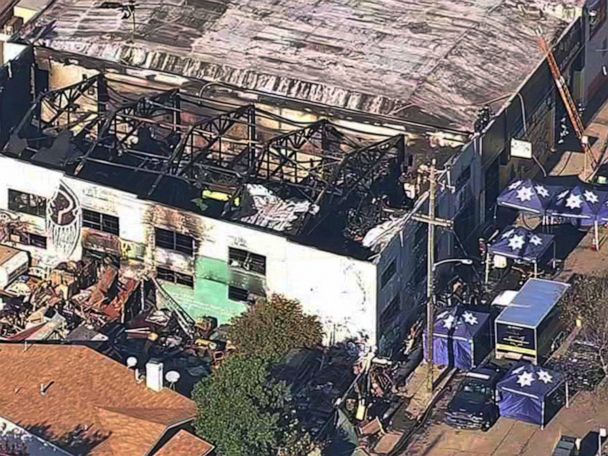 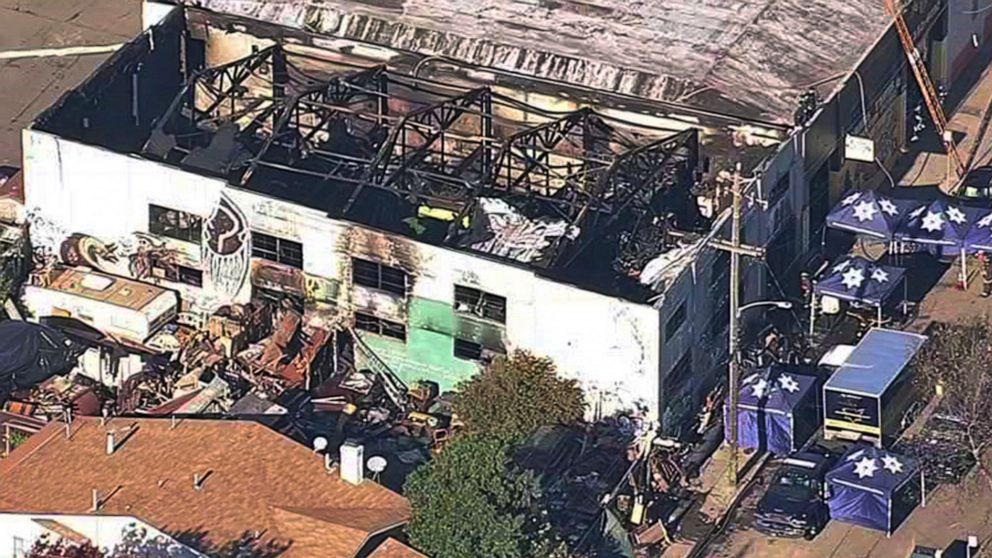 The Latest on verdicts against two men charged with involuntary manslaughter after a fire in a California warehouse killed 36 partygoers (all times local):

A family of a man who died when a fire tore through a party at a California warehouse says they’re stunned and frustrated that a jury acquitted one defendant and couldn’t reach a verdict for another charged with involuntary manslaughter.

Alberto Vega, whose brother Alex Vega died, said Thursday that he was “in shock” and felt “sick to his stomach” after a jury found Max Harris not guilty and a judge declared a mistrial for Derick Almena.

Alex Vega’s mother, Mary Vega, says she’s angry at the outcome but doesn’t regret that a judge threw out a plea agreement last year after families protested that the sentences were too lenient.

An attorney for the leader of an artists’ commune has broken down in tears after a jury said they couldn’t agree whether to convict or acquit his client in a California warehouse fire that killed 36 partygoers.

Brian Getz, a lawyer for Derick Almena, said Thursday that “people shouldn’t forget what happened to those 36” in December 2016. A judge declared a mistrial for Almena.

The same jury acquitted co-defendant Max Harris of involuntary manslaughter. Prosecutors said he acted like a manager by collecting rent at the warehouse called Ghost Ship.

Tyler Smith, an attorney for Harris, agreed that those living in the illegally converted warehouse “would have been on the streets otherwise.”

A jury has acquitted one man of involuntary manslaughter but couldn’t reach a verdict for the leader of an artists’ commune accused of turning a California warehouse into a cluttered maze that trapped 36 partygoers during a fast-moving fire.

Jurors on Thursday found Max Harris not guilty but said they could not unanimously agree on whether to convict or acquit Derick Almena of involuntary manslaughter. They have deliberated since Aug. 26.

The December 2016 fire broke out during an electronic music party at the so-called Ghost Ship warehouse in Oakland, killing 36 people.

Prosecutors allege the men were criminally negligent when they illegally converted the building into a residence for artists and held unpermitted events.

The defendants said government workers failed to raise concerns about fire hazards in the warehouse.

A jury has reached verdicts for two men accused of turning a San Francisco Bay Area warehouse into a cluttered maze that trapped 36 partygoers during a fast-moving fire.

They face up to 39 years in prison if convicted.

The December 2016 fire broke out during an electronic music party at the so-called Ghost Ship warehouse in Oakland, killing 36 people.

Prosecutors allege the men were criminally negligent when they illegally converted the industrial building into a residence for artists and held unpermitted events inside.

The defendants say city workers are to blame for not raising concerns about fire hazards in the warehouse.

Thu Sep 5 , 2019
FILE PHOTO: The Wahlenberg Glacier is seen in Oscar II land at Spitsbergen in Svalbard, Norway, August 5, 2019. REUTERS/Hannah McKay/File Photo September 5, 2019 By Ron Bousso LONDON (Reuters) – Major oil companies have approved $50 billion of projects since last year that will not be economically viable if […]