Whatever happened to locking up Hillary Clinton? We were waiting  patiently to see justice served and that day has not come. The FBI never gave Conservatives reason to feel that the guilty, no matter how far up the political chain, would be punished for the crimes they allegedly committed.

It appears that someone thought there was wrong doing. The FBI’s top lawyer in 2016 under ex-Director James Comey the FBI’s top lawyer thought that Hillary Clinton and her team should have immediately realized that they were mishandling “highly classified” information based on the obviously sensitive nature of the emails’ contents sent through Hillary’s private server.

According to a transcript of his closed-door testimony before congressional committees last October, former FBI general counsel James Baker believed she should have been prosecuted until “pretty late” in the investigation.

Baker said high-level officials at the bureau were “arguing about” whether to bring charges against Clinton. He originally thought that Clinton’s behavior was “alarming” and “appalling.”

Baker said, “So, I had that belief initially after reviewing, you know, a large binder of her emails that had classified information in them. And I discussed it internally with a number of different folks, and eventually became persuaded that charging her was not appropriate because we could not establish beyond a reasonable doubt that…we, the government, could not establish beyond a reasonable doubt that… she had the intent necessary to violate (the law).”

Baker told lawmakers that it was “the nature and scope of the classified information that, to me, initially, when I looked at it, I thought these folks should know that this stuff is classified, that it was alarming what they were talking about, especially some of the most highly classified stuff.”

Democrats clearly recall then candidate Donald Trump, while on the campaign trail, vowing to prosecute Mrs. Clinton if he won the election.

Brian Fallon, who was Mrs. Clinton’s campaign spokesman, said, “It was alarming enough to chant ‘lock her up’ at a campaign rally. It is another thing entirely to try to weaponize the Justice Department in order to actually carry it out.”

On the other hand, Conservatives said Mrs. Clinton should not be immune from scrutiny as a special counsel, Robert S. Mueller III, investigates Russia’s interference in last year’s election and any connections to Mr. Trump’s campaign. They argued, for instance, that Mrs. Clinton was the one doing Russia’s bidding in the form of a uranium deal approved when she was Secretary of State.

Under questioning by Rep. John Ratcliffe, R-Texas, Baker spoke extensively about the back and forth arguments.

Here’s part of that discussion:

Ratcliffe: All right. Are you a reasonable prosecutor?

Baker: Not anymore. I’m not a prosecutor anymore.

Then there is a quick exchange of questions and answers. Ratcliff pivots back to Baker’s decision to change his mind regarding Clinton.

Ratcliffe: You were persuaded, and stated as a basis, that ultimately you were persuaded there was a lack of evidence establishing knowledge or criminal intent, correct?

Ratcliffe: When were you persuaded?

Baker: Sorry. Pretty late in the process, because we were arguing about it, I think, up until the end.

Ratcliffe: Yeah, So Jim Comey had reached the opposite conclusion as early as – or I guess as late as May the 2nd of 2017, as reflected in the memo that he created, correct?

Baker: I know there’s been a lot of public discussion about that – this way I experienced that interaction and other interactions with Jim Comey is he would throw things out like that to get people to start talking and thinking about it and test his conclusions against others and get them to push back. And so, it was – I believe it was in that process that I read these emails and we had these discussions and arguments.

Baker’s testimony was considered credible by those in the room.

In a televised interview on July 3, 2016, Clinton claimed that she had “never received nor sent any material that was marked classified” using her personal email system.

Later on she said she regretted using the setup after it emerged that her private servers contained classified materials from Special Access Programs, or SAP, which are considered some of the most closely held U.S. government secrets.

So, there you have it. Hillary was very close to being held accountable for her alleged negligent behavior. It appears that Comey’s influence stopped the investigation in its tracks.

Thu Feb 21 , 2019
Newly released court documents paint the clearest picture yet of what the joint health-care venture between Amazon, J.P. Morgan and Berkshire Hathaway is up to. The three companies created the still-unnamed, not-for-profit joint venture in January 2018. Since then, the venture, known as ABC, has named renowned surgeon, author and […] 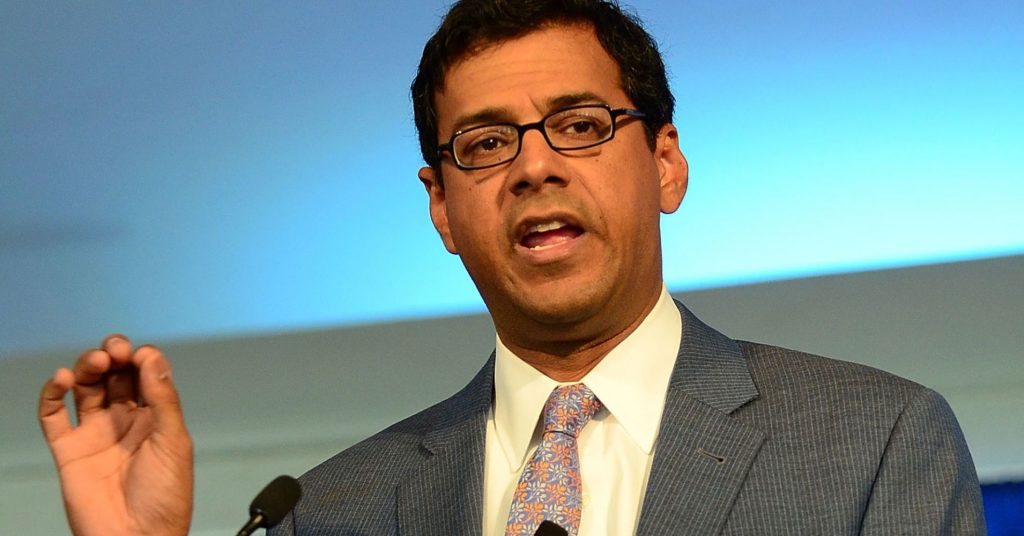