US Deputy Energy Secretary Dan Brouillette speaks during a press conference with the German Economy Minister on February 12, 2019 at the Economy Ministry in Berlin.

The U.S. deputy energy secretary told CNBC Monday that America wants to achieve energy dominance regardless of what happens to oil prices.

“Our energy policy is not designed to affect price, that’s not we do for a living. And yet it does because of our production numbers,” Dan Brouillette told CNBC’s Hadley Gamble at the World Energy Congress in Abu Dhabi.

“The president has an ‘all of the above’ strategy. He talks often about energy dominance and the world often asks: what does that mean? It just simply means that we are going to produce as much energy as we can, as cleanly as we can and as affordably as we can.”

Mon Sep 9 , 2019
Gantry cranes stand at the Port of Singapore in Singapore, on Friday, July 12, 2019. Ore Huiying | Bloomberg | Getty Images Even though Singapore‘s economy is taking a big hit from the U.S.-China trade war, stocks in the city-state remain attractive compared to the rest of Asia, analysts told […] 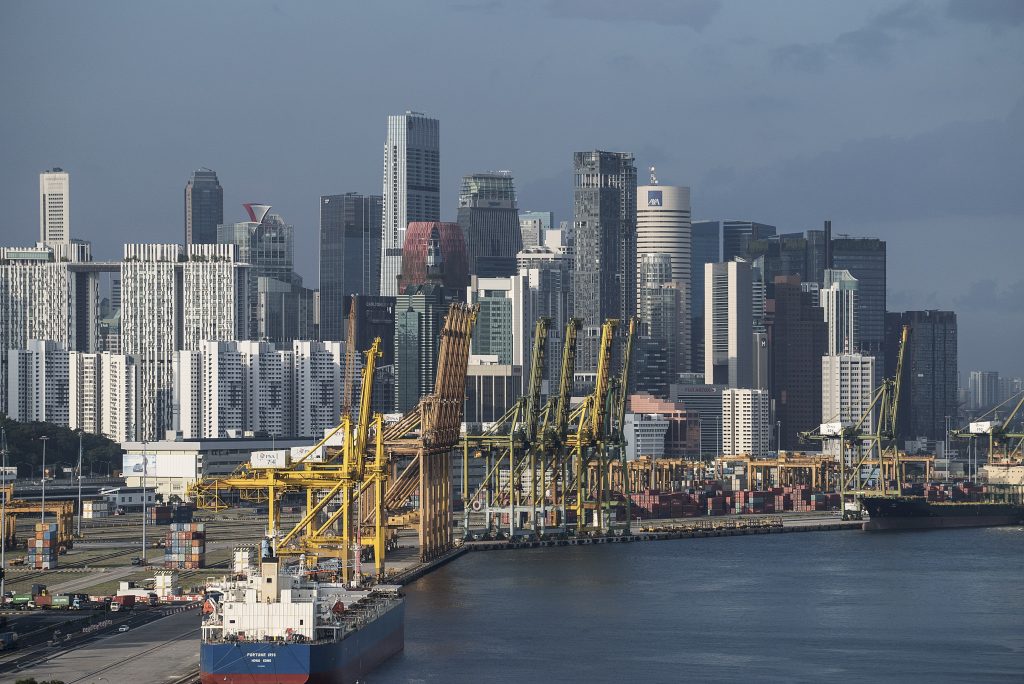