Jack Dorsey, the CEO of Twitter and Square, expects bitcoin to become the single global currency within the next decade, he told the Sunday Times newspaper.

Dorsey, a personal investor in bitcoin, expects the cryptocurrency to be used for simple things like coffee and said its ascendance to world’s currency will occur over 10 years, “but it could go faster,” the U.K.-based paper reported.

Square said in November that it would start enabling the buying and selling of bitcoin on its Cash app. Dorsey is also an investor in a star-up called Lightning Labs, which is developing technology to make bitcoin faster and easier to use.

When it first came into use, Bitcoin was touted as an alternative to the dollar and even gold. However, the cryptocurrency has been on a wild ride in recent months, soaring to a record near $20,000 before crashing below $8000 last month.

Dorsey told the Times that bitcoin is “slow and it’s costly, but as more and more people have it, those things go away.”

The entire story can be found at the Sunday Times website.

Sun Mar 25 , 2018
San Francisco Fed President John Williams is the leading candidate to become the next president of the Federal Reserve Bank of New York, one of the most influential positions within the U.S. central bank, according to people familiar with the matter.  Mr. Williams has been recommended by the New York […] 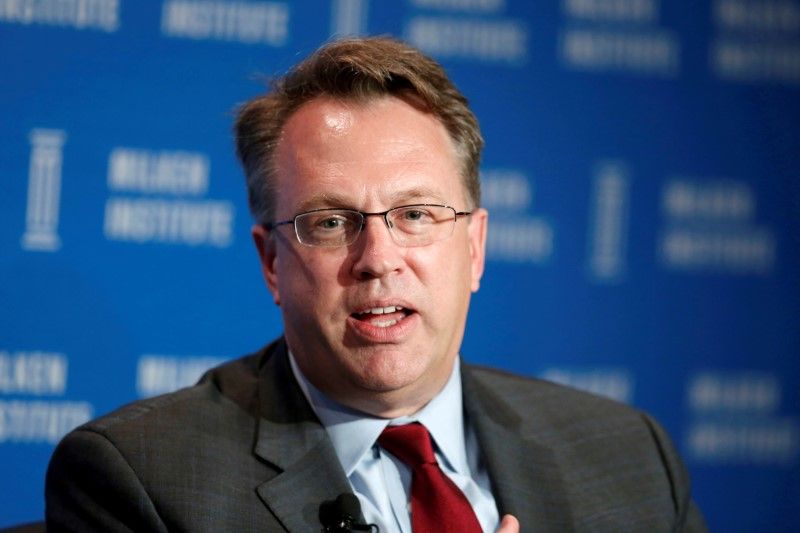