President Trump’s former doctor who stated his client would be the “healthiest individual ever elected to presidency” has now said the words weren’t his.

A year before the presidential election in 2016, Harold Bornstein wrote that Trump had “extraordinary” physical strength and stamina, as well as “astonishingly excellent” blood pressure.

“He (Trump) dictated that whole letter. I didn’t write that letter,” said Bornstein in an interview with CNN Tuesday.

The doctor added that the claims over Trump’s health were not based on his physical examination and were instead agreed with Trump over a phone call.

The White House has not yet responded to CNBC’s request for a response to Bornstein’s claims. In an earlier interview with NBC News, Bornstein said he felt “raped, frightened and sad” after Trump’s personal bodyguard Keith Schiller visited his New York City surgery in early 2017.

The visit by Schiller, the Trump Organization’s Chief Legal Officer Alan Garten and another unidentified man happened just two days after Bornstein told The New York Times that he had prescribed the hair-growth medicine Propecia to Trump for many years.

The doctor, who had been Trump’s physician since 1980, was also quoted as saying that Trump severed contact with him after the Times story.

“I couldn’t believe anybody was making a big deal out of a drug to grow his hair that seemed to be so important,” Bornstein said. The White House denied the visit was in any way, unusual.

Wed May 2 , 2018
Britain’s Prime Minister Theresa May visits the Oxley Group in Ulverston, April 30, 2018. Christopher Furlong/Pool via Reuters May 2, 2018 By Elizabeth Piper LONDON (Reuters) – Pro-Brexit lawmakers heaped pressure on British Prime Minister Theresa May on Wednesday over her future customs plans with the European Union, calling on […] 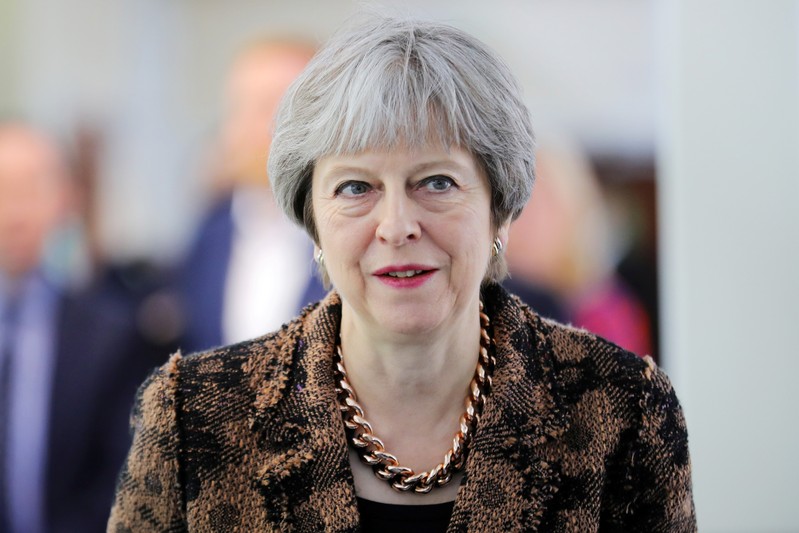