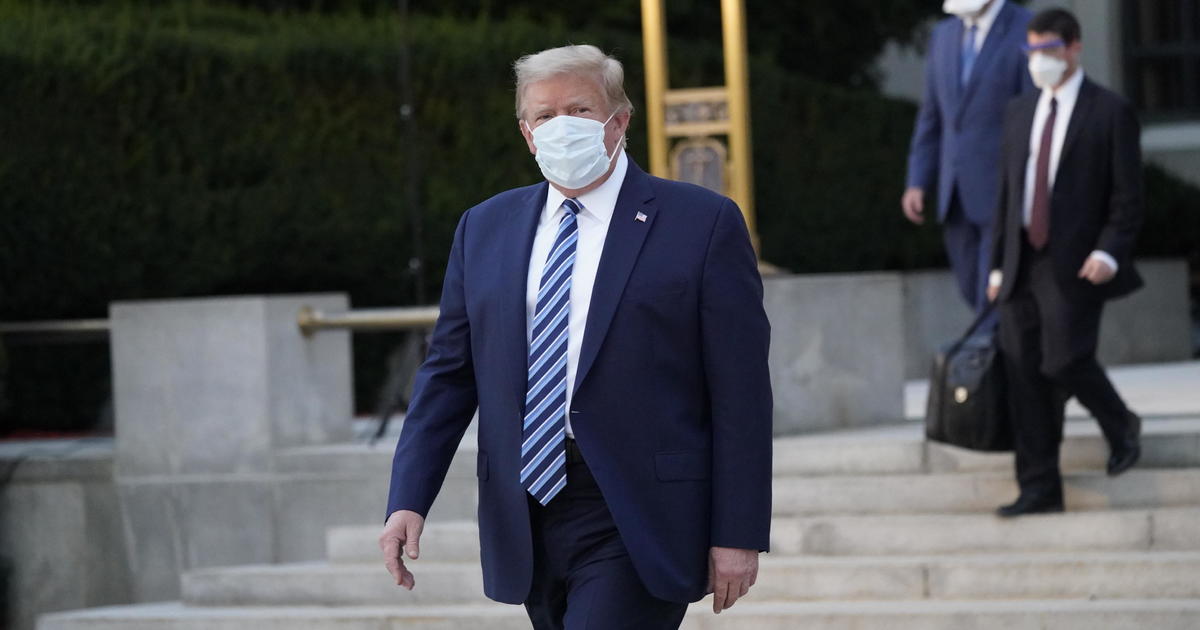 Washington — President Trump shut down negotiations between the White House and House Democrats over a new coronavirus relief bill, sending stocks tumbling with a series of tweets announcing he had “instructed my representatives to stop negotiating until after the election.”

The president blamed Speaker Nancy Pelosi for “not negotiating in good faith” after she rejected a $1.6 trillion proposal from the White House.

“Nancy Pelosi is asking for $2.4 Trillion Dollars to bailout poorly run, high crime, Democrat States, money that is in no way related to COVID-19. We made a very generous offer of $1.6 Trillion Dollars and, as usual, she is not negotiating in good faith,” Mr. Trump said, referring to a bill passed in the House last week. “I am rejecting their request, and looking to the future of our Country.”

Pelosi reacted to the president’s announcement with a statement saying, “Clearly, the White House is in complete disarray.”

“Today, once again, President Trump showed his true colors: putting himself first at the expense of the country, with the full complicity of the GOP Members of Congress. “Walking away from coronavirus talks demonstrates that President Trump is unwilling to crush the virus.”

The president’s decision to cut off talks came just hours after Federal Reserve Chairman Jay Powell urged Washington to approve more federal aid, warning of “tragic” economic consequences and a “downward spiral” without it. “Too little support would lead to a weak recovery, creating unnecessary hardship for households and businesses,” Powell said in a speech to an economic conference.

In his tweets, Mr. Trump indicated that he was willing to pass a large stimulus bill to aid Americans affected by the coronavirus, but only after he wins the election.

“I have instructed my representatives to stop negotiating until after the election when, immediately after I win, we will pass a major Stimulus Bill that focuses on hardworking Americans and Small Business,” Mr. Trump wrote. As recently as three days ago, the president implored both sides to “WORK TOGETHER AND GET IT DONE.”

Senate Majority Leader Mitch McConnell and House Minority Leader Kevin McCarthy joined Mr. Trump and Mnuchin on a conference call on Tuesday to discuss negotiations. Republican aides told CBS News that they were caught off guard when Mr. Trump tweeted the news that he is instructing Mnuchin and other officials to pull out of negotiations. While Republicans were already pessimistic about the chances of success, they believe it looks bad for Mr. Trump — and not the Democrats — to be the one to walk away from negotiations.

When asked why Mr. Trump opted to go this route, one Republican aide responded: “Are you asking me to explain the logic behind what Donald Trump tweets?”

Democrats have signaled that they believe the need is too great for any package that cost less than $2 trillion. Pelosi told reporters last week that Democrats and the Trump administration were still far apart on issues including funding for state and local governments, and there is “a stark difference not just of dollars, but of values.”

The bill passed in the House is a slimmed-down version of the $3.4 trillion relief bill the House passed in May. It would restore a popular benefit providing an additional $600 per week on top of unemployment benefits, deliver another round of direct payments and provide funding for schools and state and local jurisdiction. However, McConnell said that the $2 trillion proposal was “outlandish.”

In another tweet on Tuesday, Mr. Trump also urged McConnell to instead focus on confirming his nominee to the Supreme Court, Amy Coney Barrett.

“I have asked…Mitch McConnell not to delay, but to instead focus full time on approving my outstanding nominee to the United States Supreme Court, Amy Coney Barrett,” Mr. Trump wrote. Confirmation hearings for Barrett are scheduled to begin next week, even though two members of the Senate Judiciary Committee have tested positive for COVID-19.

Although Mr. Trump insisted on Twitter that “our Economy is doing very well,” markets turned sharply negative in the minutes following the president’s tweets, with the Dow plunging more than 400 points on the news.

“Our Economy is doing very well. The Stock Market is at record levels, JOBS and unemployment…also coming back in record numbers. We are leading the World in Economic Recovery, and THE BEST IS YET TO COME!” Mr. Trump wrote.

Hiring in the U.S. slowed sharply in September, with employers adding 661,000 jobs for the month, the U.S. Labor Department said Friday. So far, about half of the 22 million jobs lost in March and April, as the coronavirus pandemic spread, have returned.

Around 210,000 Americans have died from the virus, and over 7.5 million have contracted COVID-19. Mr. Trump announced last week that he had tested positive for the virus, and stayed at Walter Reed National Military Medical Center over the weekend.

Although the president said he “learned a lot about COVID” in a video message posted to Twitter on Sunday, he then told people in a tweet on Monday not to let the virus “dominate your life.” A post from Mr. Trump downplaying COVID-19 in comparison to the flu was removed by Facebook and flagged by Twitter soon after the president posted it Tuesday morning.

Nancy Cordes contributed to this report. 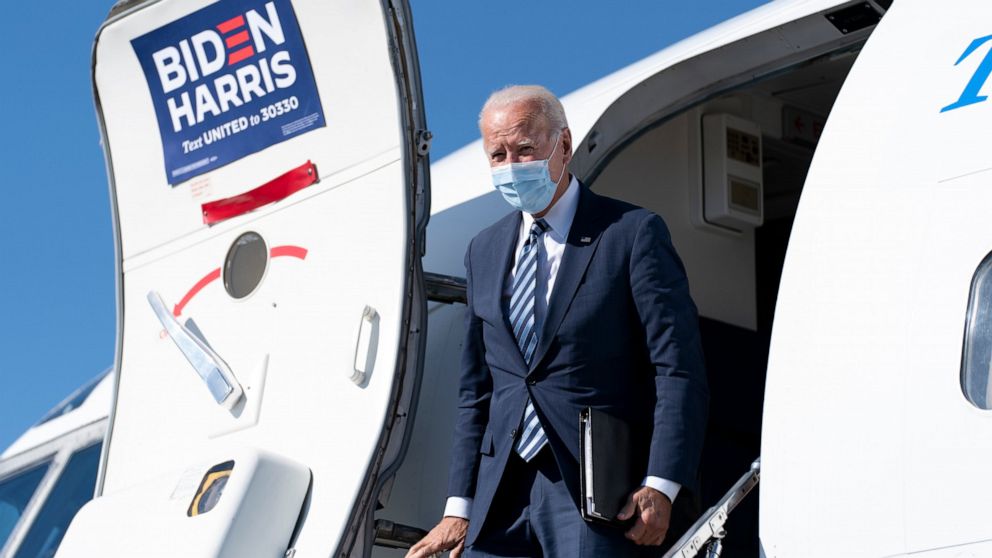