President Donald Trump joined top GOP lawmakers on a phone call earlier Tuesday to discuss the next round of Covid-19 stimulus.

The president, who thus far has relied on White House chief of staff Mark Meadows and Treasury Secretary Steven Mnuchin to lead the negotiations, participated in the call during his first full day back from the hospital, an administration official confirmed to CNBC.

The White House did not respond to CNBC’s request for comment.

Despite recent efforts to reach a compromise, top Democrats have been deadlocked with the White House since late summer over key aspects, and the size, of a new stimulus package.

House Speaker Nancy Pelosi and Mnuchin spoke for about an hour Monday but emerged from a phone call with no coronavirus stimulus deal.

Though the president had for weeks left Meadows and Mnuchin in charge, he on Saturday took to Twitter from his hospitalization at Walter Reed National Military Medical Center to call on Congress to strike a deal.

“OUR GREAT USA WANTS & NEEDS STIMULUS. WORK TOGETHER AND GET IT DONE. Thank you!” he wrote at the time. The president was discharged from Walter Reed on Monday evening and continues to be treated for Covid-19.

House Democrats passed a $2.2 trillion stimulus package on Thursday even as the two sides struggled to reach a deal. But McConnell and other GOP senators have opposed the legislation as too large and argue that spending trillions more on would not be worth ballooning the national debt further.

The latest deadlock comes as the country reports tens of thousands of new Covid-19 cases per day and some of the largest U.S. firms plan new layoffs and furloughs.

Adding to the urgency, the $600 per week supplemental unemployment benefit, federal moratorium on evictions and window to apply for Paycheck Protection Program loans all expired weeks ago.

Still, news that the president may be weighing in on the negotiations may help the odds of another relief bill. Trump, who trails Democratic challenger Joe Biden in several polls, may wish to accelerate any deal to bolster the GOP’s odds during the key November elections.

Politico first reported the news of the phone call.

Tue Oct 6 , 2020
Stocks were lower on Tuesday, giving up an earlier gain, after President Donald Trump instructed White House officials to halt negotiations on further coronavirus stimulus.  The Dow Jones Industrial Average traded 262 points lower, or 0.9%. Earlier in the day, the 30-stock average was up more than 200 points. The […] 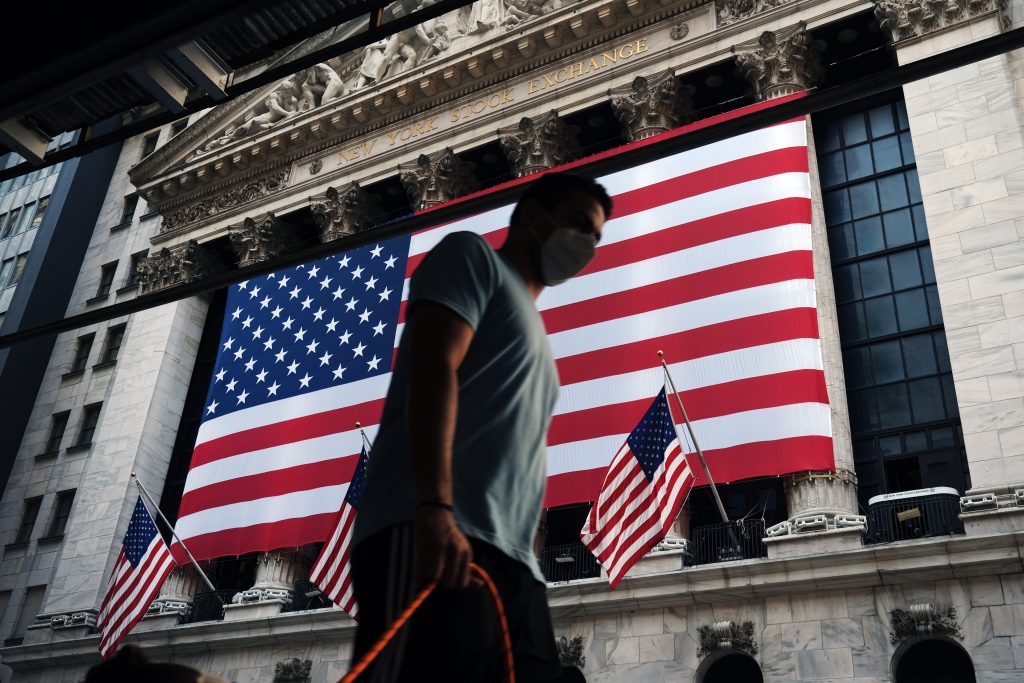