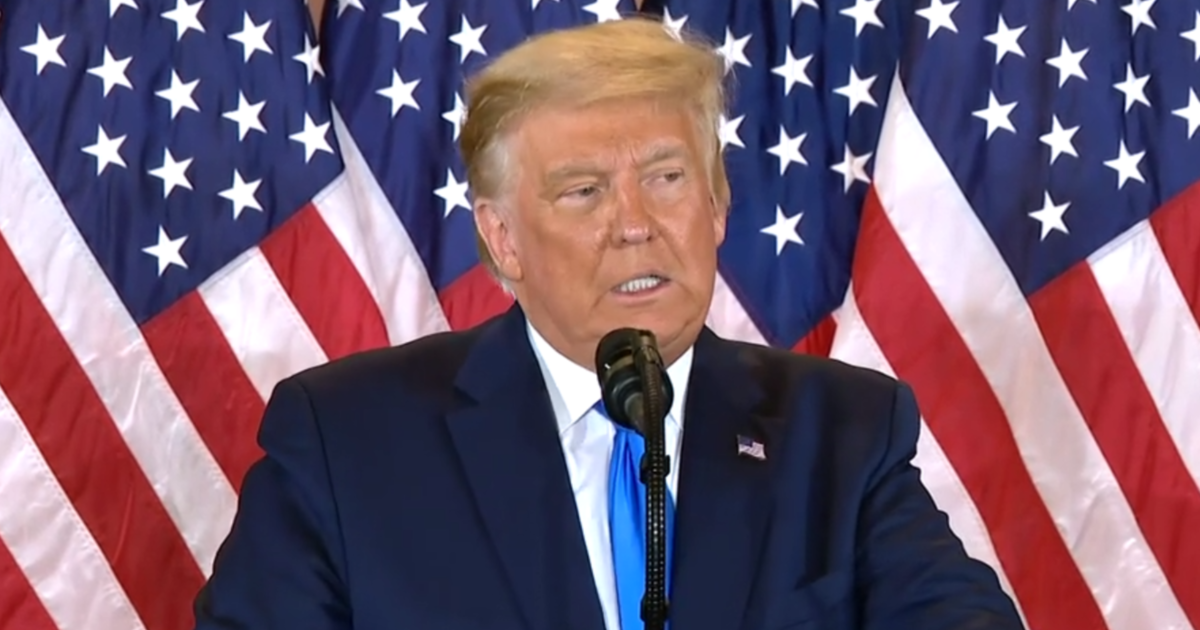 President Trump addressed the nation from the White House after 2 a.m. while the outcome of the election remained unclear, claiming victories in states that have not yet been decided and portraying the orderly counting of millions of legally cast votes as an illegitimate effort to steal the election.

The president pointed to his projected wins in Florida and Texas — although he falsely said nobody had projected those states — and claimed he’d won Georgia even as ballots are still being counted in some of that state’s largest counties. The president also claimed victory in North Carolina, which CBS News estimates is a toss-up.

“They can’t catch us,” the president falsely claimed about Democrats.

The president also wrongly claimed that he’s winning in Pennsylvania, where millions of ballots have yet to be counted and no winner has been projected.

Votes are still being counted in all these states, and it would clearly be premature for either candidate to declare victory. But that didn’t stop the president from “castrating” the facts, as CBS News’ Norah O’Donnell put it.

“This is a fraud on the American public,” Mr. Trump asserted, though there is no such evidence. “We were getting ready to win this election. Frankly, we did win this election,” the president added, baselessly and dangerously asserting that this election is rife with fraud.

Mr. Trump claimed that “we would be going to the Supreme Court,” although it’s unclear what he meant.

Millions of Americans’ votes that were rightfully cast will continue to be counted, and as CBS News has reported before, taking longer to count the large number of mail-in ballots is not an indication of fraud.

Wed Nov 4 , 2020
President Trump spoke to a group of supporters at the White House in the early morning hours Wednesday. Mr. Trump rolled off a list of incomplete voting totals in states that have not yet been called, falsely claimed he won the election and said he would ask the Supreme Court […] 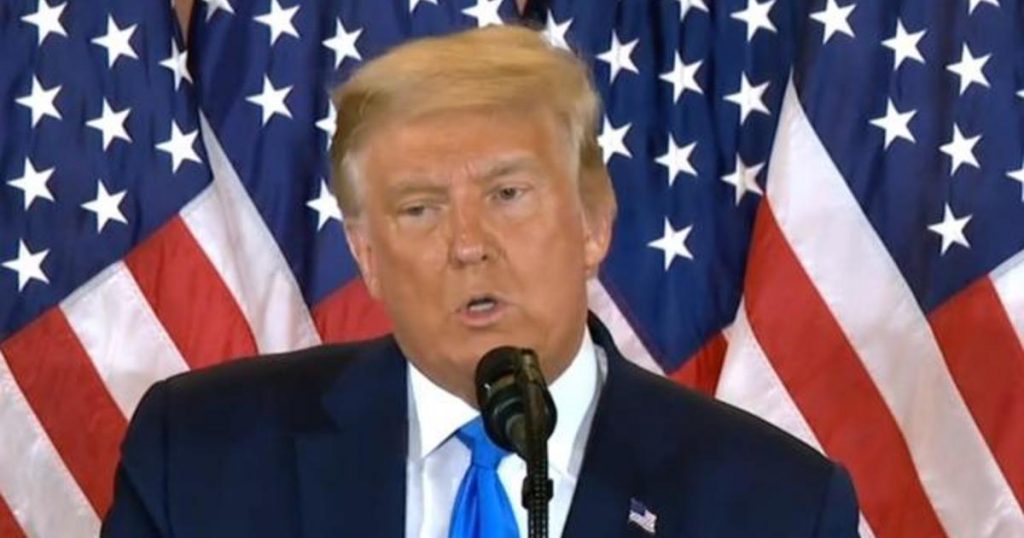