An anonymous open letter obtained by CBS News claiming to represent the views of 40 to 50 U.S. Capitol Police officers condemned the Republican congressional leaders for their lack of support for a commission that would investigate the attack on the Capitol on January 6.

The letter came shortly before the House approved a bill to create such a commission. Although some Republicans supported the bill, most opposed it. It also faces an uphill battle in the Senate, where Republican Minority Leader Mitch McConnell has said he will oppose it.

The letter said that “it is inconceivable that some of the Members we protect, would downplay the events of January 6th.”

“On Jan 6th where some officers served their last day in US Capitol Police uniform, and not by choice, we would hope that Members whom we took an oath to protect, would at the very minimum support an investigation to get to the bottom of EVERYONE responsible and hold them 100 percent accountable no matter the title of position they hold or held,” the letter said.

The letter, which was not a formal statement from the U.S. Capitol Police Department, cited the “trauma” officers experienced, adding that “with each passing week, a new revelation about Jan 6th reveals itself.”

“With these constant reminders, it is unconscionable to even think anyone could suggest, we need to move forward and get over it,” the officers said.

Two officers have died by suicide since the attack.

A violent mob of Trump supporters seeking to overturn the results of the presidential election overran the U.S. Capitol on January 6, resulting in five deaths and hundreds of injuries, as well as significant physical damage to the building itself.

The letter was circulated by Maryland Congressman Jamie Raskin’s office to other chiefs of staff on Capitol Hill, as several of his constituents are officers. According to a spokesperson for Raskin, the officer who provided the letter said that it represents the sentiments of 40 to 50 officers.

The U.S. Capitol Police Department said in a statement that the department does not take positions on legislation, and that they had no way to verify that the letter was sent by Capitol Police officers.

Raskin represents the part of Maryland that borders Washington, D.C. from the north and east, so he has many officers that live in his district and commute in for work.

In an interview with CBS News, Raskin said he has personally met with 15 or 20 officers since January 6 who were traumatized by the events of that day and are now “very upset that there’s dissension around a bipartisan commission to get to the bottom of the situation.”

“I thought I thought it was something all of my colleagues should be aware of,” Raskin said of the letter. “People should think about this from the standpoint of the line officers who were involved in essentially medieval battle conditions for four or five hours. They were beaten with hockey sticks and pipes and Confederate battle flags and Donald Trump flags and American flags and they were punched, kicked, jostled, spat upon, sprayed in the face with mace. So the least we can do is try to hear them the best that we can.”

Raskin added that he understands the decision of the officers not to go public.

“They’re not accustomed to being political and they’re not supposed to be political, but this is something that affects them directly, that they feel very strongly about, so they have to express themselves anonymously,” he said. “I have no doubt that this is coming from real capitol officers and that they’re speaking for huge numbers of officers who are very upset about the situation,” Raskin said.

Thu May 20 , 2021
DEARBORN, Mich. — Ford Motor says its new electric F-150 Lightning pickup will be profitable when it arrives in U.S. dealer showrooms next year, with pricing between about $40,000 and $90,000. The pickup, which Ford officially unveiled Wednesday night, resembles the automaker’s current F-150 but includes new interior and exterior […] 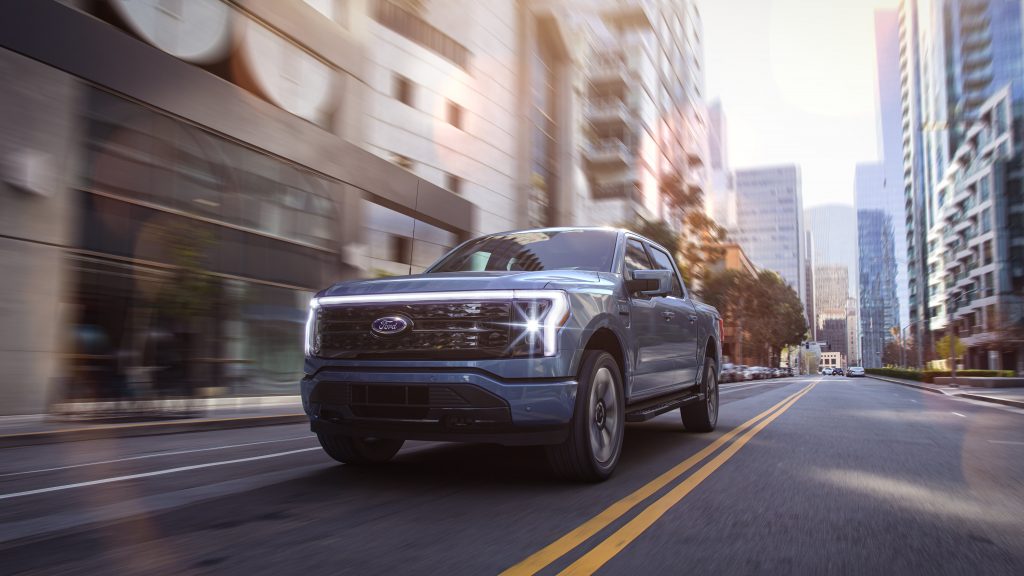