A man walking past a Huawei P20 smartphone advertisement is reflected in a glass door in front of a Huawei logo, at a shopping mall in Shanghai, China December 6, 2018.

The U.S. government will issue licenses to companies seeking to sell American-made goods to China’s Huawei where there is no threat to national security, Commerce Secretary Wilbur Ross said on Tuesday, but left key questions unanswered about what products will pass muster.

Trump’s comments came after the United States placed Huawei on the Commerce Department’s so-called Entity List in May over national security concerns. U.S. parts and components generally cannot be sold to those on the list without special licenses.

While American chipmakers welcomed Trump’s announcement, many industry and government officials were confused about the new policy.

Speaking at an annual department conference in Washington, Ross affirmed that the company would remain on the Entity List, which meant licenses would likely be denied and that the new policy would not change the scope of items requiring licenses. However, he also said there would be some approvals.

“To implement the president’s G20 summit directive two weeks ago, Commerce will issue licenses where there is no threat to U.S. national security,” Ross said, referring to Trump’s announcement at the meeting of world leaders in Japan.

“Within those confines, we will try to make sure that we don’t just transfer revenue from the U.S. to foreign firms,” he said.

After Huawei was added to the Entity List, the semiconductor industry lobbied the U.S. government for carve-outs to sell nonsensitive items that Huawei could easily buy abroad, arguing that a blanket ban would harm American companies.

On Tuesday, industry observers said Ross’s comments lacked the clarity and relief many hoped for after Trump’s announcement.

“The actual policy of what is not going to endanger U.S. security is not clear,” Washington trade lawyer Doug Jacobson said. “The only way that industry can determine the line is by submitting (license) applications and knowing what types will be approved and which types will be denied.”

It also has launched a lobbying effort to persuade U.S. allies to keep Huawei out of next-generation 5G telecommunications infrastructure, citing concerns the company could spy on customers. Huawei has denied the allegations.

Shortly after Huawei was added to the Entity List, the Commerce Department issued a temporary general license allowing the company to buy equipment to maintain existing networks and provide software updates to existing Huawei handsets. That license expires on Aug. 19, but may be extended.

Further softening of the U.S. stance on Huawei’s entity listing with additional licenses still may not spell the end of troubles for the company. In May, Trump also signed an executive order barring U.S. companies from using telecommunications equipment made by companies posing a national security risk.

The move, which required the Commerce Department to draw up an enforcement plan, was seen as paving the way to ban U.S. companies from buying from Huawei, at a time when U.S. wireless carriers are looking for partners as they roll out 5G networks.

On Tuesday, Ross said that agency would issue an “interim final rule” in mid-October to implement Trump’s executive order. Interim final rules go into effect immediately, even as they seek public comment that could be used to modify regulations going forward.

The United States has engaged Beijing in a tit-for-tat trade war over accusations that China steals American intellectual property (IP) and forces U.S. companies to transfer their technology to Chinese firms to gain access to markets.

Ross on Tuesday warned American companies against putting their technology at risk in order to boost profits.

“The private sector must act responsibly and protect technologies with national security ramifications,” Ross warned American firms. “It is wrong to trade secret or sensitive IP or source code for access to a foreign market, however lucrative that market might be.”

Ross also called out China directly, pointing to “China’s tenacious pursuit of American technologies” to modernize its military. “This cannot be tolerated,” he said.

Tue Jul 9 , 2019
Sir Richard Branson walks around the new Virgin Galactic SpaceShipTwo at its roll out in the Mojave Desert, about a year and a half after Virgin’s last rocket plane broke into pieces and killed the test pilot. Al Seib | Los Angeles Times | Getty Images There’s lots of excitement […] 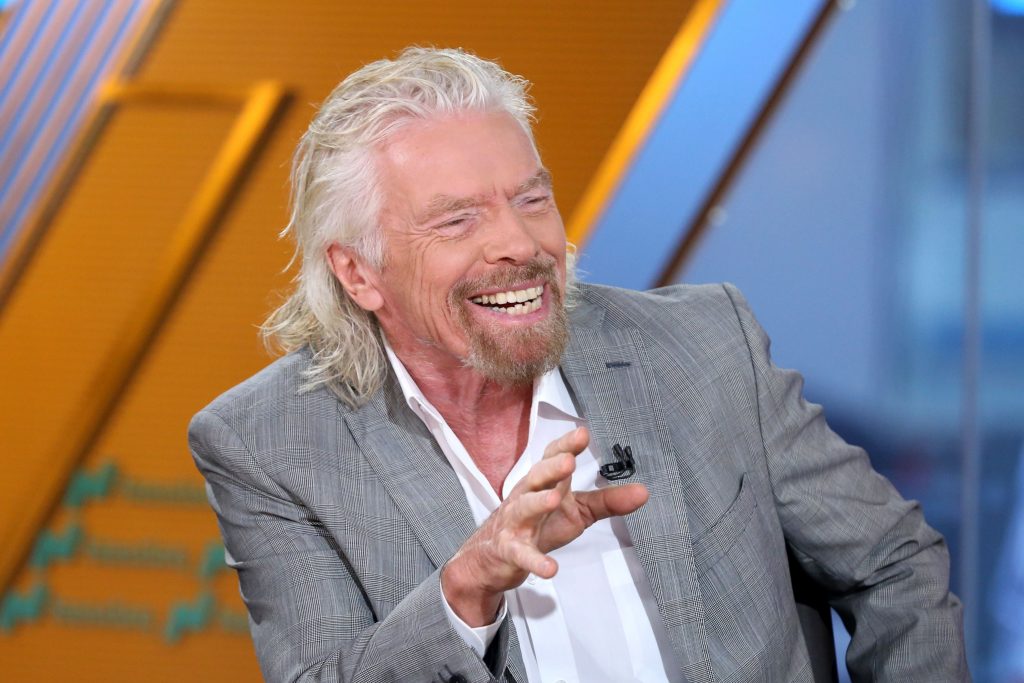