TAIPEI (Reuters) – Taiwan will provide the people of Hong Kong with “necessary assistance”, President Tsai Ing-wen said, after a resurgence in protests in the Chinese ruled territory against newly proposed national security legislation from Beijing.

Taiwan has become a refuge for a small but growing number of pro-democracy protesters fleeing Hong Kong, which has been convulsed since last year by protests.

Hong Kong police fired tear gas and water cannon to disperse thousands of people who rallied on Sunday to protest against Beijing’s plan to impose national security laws on the city.

Writing on her Facebook page late on Sunday, Tsai said the proposed legislation was a serious threat to Hong Kong’s freedoms and judicial independence.

Bullets and repression are not the way to deal with the aspirations of Hong Kong’s people for freedom and democracy, she added.

“In face of the changing situation, the international community has proactively stretched out a helping hand to Hong Kong’s people,” Tsai wrote.

Taiwan will “even more proactively perfect and forge ahead with relevant support work, and provide Hong Kong’s people with necessary assistance”, she wrote.

Taiwan has no law on refugees that could be applied to Hong Kong protesters who seek asylum on the island. Its laws do promise, though, to help Hong Kong citizens whose safety and liberty are threatened for political reasons.

The Hong Kong protests have won widespread sympathy in Taiwan, and the support for the protesters by Tsai and her administration have worsened already poor ties between Taipei and Beijing.

China has accused supporters of Taiwan independence of colluding with the protesters.

China believes Tsai to be a “separatist” bent on declaring the island’s formal independence. Tsai says Taiwan is already an independent country called the Republic of China, its official name.

Mon May 25 , 2020
Scan your own boarding pass. Separate your food. Practice social distancing. These are things travelers should expect to do at airport checkpoints in response to the coronavirus pandemic, according to the Transportation Security Administration. The changes are rolling out in the comings weeks to “reduce the potential for cross-contamination” and […] 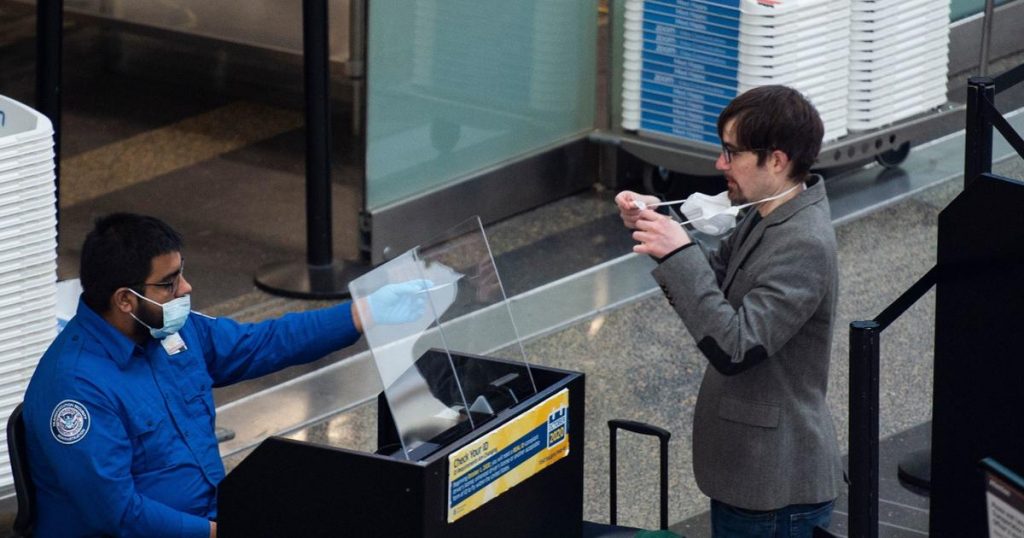