SoftBank and J.P. Morgan Chase will submit separate funding packages to WeWork’s board in the coming days, and the office-sharing company will choose between the two or a combination of both, according to people familiar with the matter.

WeWork’s board is prepared to see both proposals by the end of the week, said the people, who asked not to be named because the discussions are private. SoftBank, WeWork’s largest external shareholder, may float a combined package of debt and equity and is also talking to outside investors about putting in money, the people said. J.P. Morgan’s proposal is expected to be all debt.

CNBC reported on Tuesday that J.P. Morgan is talking to 100 investors who have signed non-disclosure agreements to potentially participate in a deal and that, without additional funding, WeWork is poised to run out of cash by mid-November. According to a Bloomberg story on Monday, WeWork had been in talks to raise about $5 billion from J.P. Morgan last week.

Spokespeople for SoftBank, J.P. Morgan and WeWork declined to comment.

SoftBank has already invested more than $10 billion into WeWork and is expected to offer to invest billions more as part of its new funding offer. J.P. Morgan has been a big lender to WeWork and is the third-largest outside shareholder, behind SoftBank and Benchmark. The bank also would have been the lead IPO underwriter.

WeWork scrapped plans for its IPO last month after public investors valued the company at a fraction of the $47 billion valuation it received in a SoftBank-led round earlier this year.

When WeWork revealed a $900 million loss over six months in its prospectus, investors immediately balked. The company, which rents out co-working spaces to start-ups, freelancers and enterprises, has to plunge cash into real estate in some of the most expensive markets and makes money back over time as tenants pay their rent. In its prospectus, the company reported long-term lease obligations of $17.9 billion.

CEO Adam Neumann, the biggest shareholder, was fired last month and saw his voting power drastically reduced. Now the company may lay off up to 2,000 employees as early as next week, the Guardian newspaper reported.

Wed Oct 16 , 2019
Brian Moynihan, CEO, Bank of America Scott Mlyn | CNBC Shares of Bank of America, U.S. Bancorp, PNC and Bank of New York Mellon all ticked higher on Wednesday as the bank’s profits topped Wall Street’s forecasts. But some of the bank’s shares rolled over as executives warned the current […] 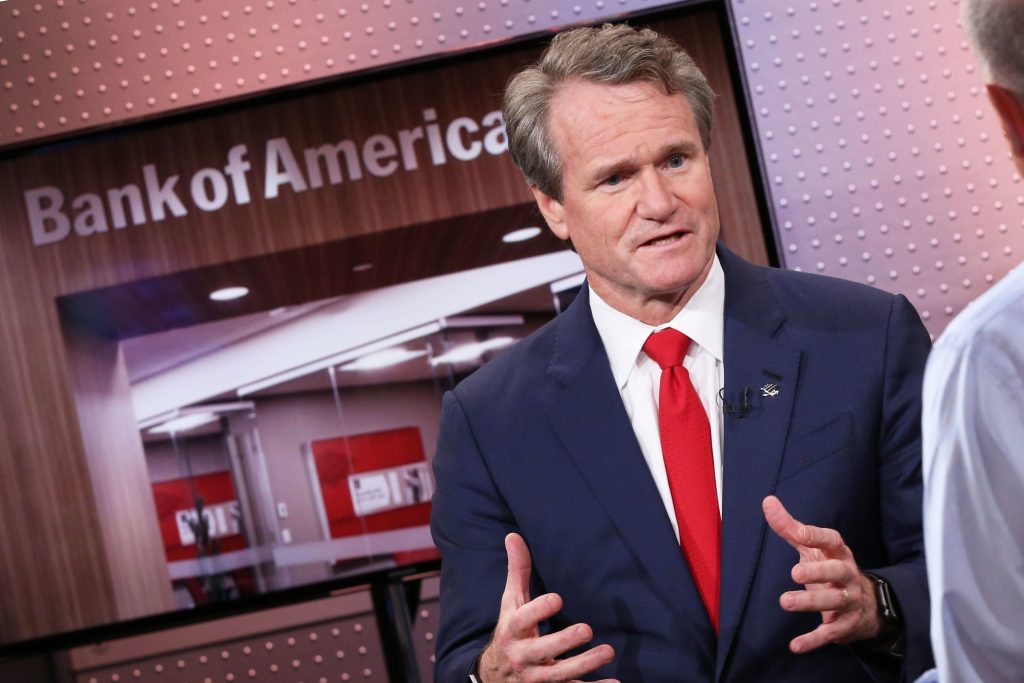