ISTANBUL (Reuters) – A second Turkish drillship, which is expected to begin drilling for oil and natural gas near Cyprus this week, arrived off the Mediterranean island’s northeastern coast on Monday, Refinitiv Eikon shipping data showed.

Last month, European Union leaders warned Turkey to end its gas drilling in disputed waters around the island or face action from the bloc, after Greece and Cyprus pressed other EU states to speak out.

In a move that could further strain ties with Cyprus over exploration rights, Turkish Energy Minister Fatih Donmez was quoted by state-owned Anadolu news agency on Saturday as saying the Yavuz would start drilling within a week.

Yavuz had been at the southern Turkish port of Mersin doing final tests and taking on supplies before departing for Cyprus on Sunday. The shipping data showed that it arrived off the coast of the Karpas peninsula overnight.

Turkey already has a drilling ship, Fatih, off the west coast of Cyprus and Cyprus issued arrest warrants for its crew in June.

Ankara, which does not have diplomatic relations with Cyprus, claims that certain areas in Cyprus’s offshore maritime zone, known as an EEZ, fall under the jurisdiction of Turkey or of Turkish Cypriots, who have their own breakaway state in the north of the island which is recognized only by Turkey.

Cyprus was divided in 1974 after a Turkish invasion triggered by a brief Greek-inspired coup. Several peacemaking efforts have failed and the discovery of offshore resources has complicated the negotiations.

Iran says Europe has 60 days to save nuclear deal

Mon Jul 8 , 2019
Iran remains open to diplomacy to save its 2015 nuclear deal with world powers but has “no hope” in the international community, the country’s Foreign Ministry spokesman said Monday, as the Islamic Republic broke the limit the agreement put on its enrichment of uranium. Abbas Mousavi said he had no […] 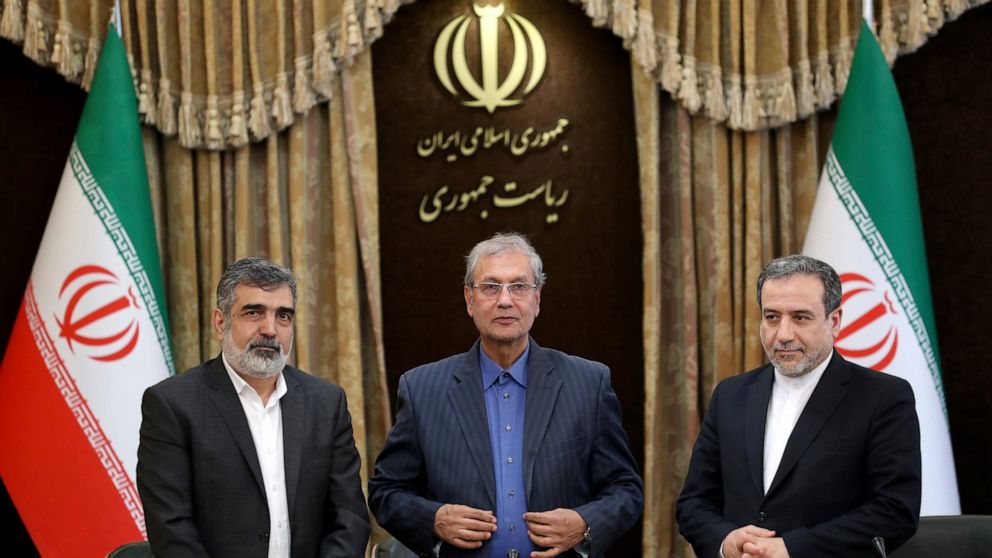