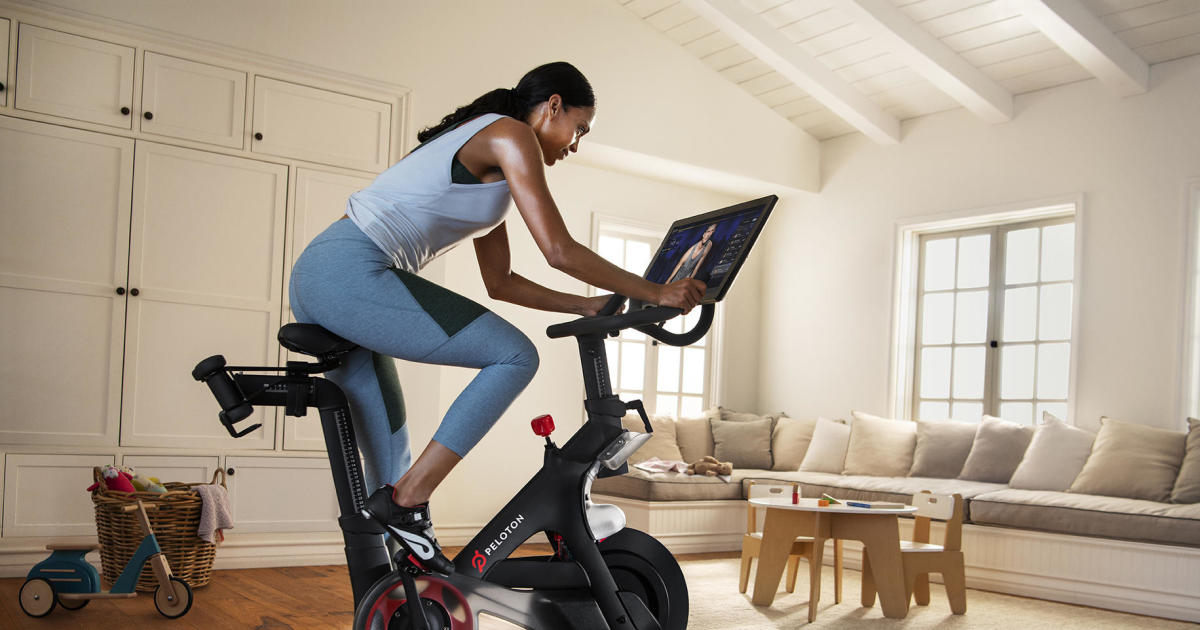 Fitness industry phenomenon Peloton boasts financial statements with the type of fast-paced sales growth that gets investors’ hearts pumping. Revenue from sales of its $2,245 home-exercise bicycles and $4,295 treadmills and $39-a-month streaming video workouts has more than doubled to $900 million in the past year.

Peloton hopes to ride that growth this week with an IPO that would value it at as much as $8 billion and potentially make it one of the most successful IPOs of 2019. With the company expected to make its market debut on Thursday, it sold shares to initial investors for $29 each, the high end of its expected range.

The problem: Peloton’s revenue growth is not as straightforward as it appears to be, according to a CBS MoneyWatch review of the company’s financial statements in its IPO documents and interviews with accounting and business experts. Instead, much of Peloton’s growth is fueled by zero-interest loans and aggressive financial assumptions that don’t make clear to would-be investors the risks and potential losses to Peloton if those loans go bad.

“That just doesn’t pass the smell test,” said Daniel McCarthy, an associate professor of marketing at Emory University’s Goizueta Business School, who has looked into Peloton’s numbers and business model.

Half a million Peloton fanatics

It’s been a quick rise for a company that was started in 2012 by John Foley, a New York City digital media executive who says he was too busy to continue to go to spin classes and was looking for a way to get the same experience at home.

The IPO documents show that about half of Peloton’s exercise-equipment sales come through a generous financing arrangement that allows customers to buy its stationary bike for just $58 a month or its treadmill for $179 a month. The purchase requires no money down, and it carries a 0% interest rate for as long as 39 months for the bike and 24 months for the treadmill. There are also no late fees for either piece of equipment.

Nonetheless, Peloton, according to its IPO documents, books these sales as full purchases from the moment the customer gets the equipment. That’s not so unusual. Many companies book revenue before they have been paid. But most of them will record an accounts receivable to identify cash that they are still waiting to collect. Peloton doesn’t seem to be doing much of that: While its sales rose by $480 million in its last fiscal year, its accounts receivable rose by just $9 million.

That’s fine, according to corporate accounting expert Bob Willens, as long as Peloton recognizes the cost of the $58-a-month or $179-a-month installment loans upfront. It could do that by, for example, lowering the amount of revenue it books from each sale to take into account that some customers inevitably won’t end up paying off their bikes or treadmills. The problem is Peloton doesn’t seem to be doing that either, Willens said.

The installment loans are set up by Affirm, a separate financial services startup in San Francisco, which finds lenders and sends the cash for the installment loan purchase to Peloton. But how much cash Peloton is getting from Affirm, and how much Peloton is compensating Affirm for this service, or sharing the credit risk, is not clear in its financial statements, Willens said.

That is a red flag in his view. “We know Affirm is not providing that service for free,” Willens said. “We know there are costs there and it is not clear how Peloton is accounting for them.”

An Affirm spokesperson said she wasn’t able to comment on the terms of the finance company’s relationship with Peloton. Peloton declined to comment for this story, including specific questions about its relationship with Affirm. The Securities and Exchange Commission has “quiet period” rules that bar companies and their executives from making certain statements ahead of a company’s IPO.

How loyal are Peloton customers?

Peloton in its IPO filings cites its historically low churn rate of 0.65% — the percentage of users who cut off their streaming subscriptions per month — as evidence for why so many of its customers will pay off the cost of the loans and then some. Experts say the company’s stated churn rate is about one-fourth of what the typical gym normally sees. Peloton’s home-based equipment and heart-thumping streams certainly offers an edge each morning over trudging to the local gym, but its low churn rate may not remain so low over the long haul.

According to the math, says McCarthy of Emory’s Goizueta Business School, if just 0.65% of Peloton’s customers abandon its streaming services each month, then the average customer sticks around for nearly 13 years. That may be overly optimistic, he said. “I don’t think there is some spike in the churn rate coming, like other people do,” McCarthy said, citing other Peloton skeptics. “But I think it will rise over time.”

If Peloton’s churn rate were to rise, the company would likely see more customers ditching its bikes and its monthly streaming service long before the more than three years it takes to pay back the purchase price of the bike. What’s more, if customers do stop paying, it’s not clear who takes the hit, Affirm or Peloton or both. The stated terms of the loan also don’t say whether either Peloton or Affirm have the right to reclaim bikes from customers who default.

This wouldn’t be the first time Peloton’s claims about its numbers have been called into question. CEO Foley repeatedly said for years to numerous media outlets that Peloton makes a profit when it does not.

The company’s IPO filing says the company has yet to turn an annual operating profit. Yet in 2018, Foley told CNBC: “We are profitable.” In fact, at that time Peloton was losing nearly $15 million a quarter. The red ink has since grown to $50 million every three months, according to financial statements filed with the SEC as part of its IPO.

Then there’s Foley’s descriptions of Peloton’s early days. He repeatedly claims that his effort to attract investors, particularly venture capitalists, was an uphill climb. In 2016, Foley told website Well + Good that in the company’s first two years he pitched 400 institutional investors and got 400 “no thank-yous.” Two years later, Foley told Business Insider that he pitched as many as 6,000 investors and that it was five years before “the really smart money started getting involved.”

Yet, in April 2014, about two years after Peloton was founded, Tiger Global Management, which manages one of the nation’s largest venture capital funds, led a $10.5 million investment in the startup. The press release announcing the investment also contains a who’s who of investors and tech executives who were investing alongside Tiger Global Management or had invested in Peloton previously. Among them were Dara Khosrowshahi, then the head of Expedia and now CEO of Uber; David Heller, a former Philadelphia 76ers owner and a top executive at Goldman Sachs; and Mike Novogratz, who was then head of Fortress Investment Group, one of the nation’s largest private equity and hedge fund firms.

More recently, Peloton has been sued by at least a dozen music publishers for using more than 1,000 songs in its streaming workout videos for years without securing a license “for a single one of those,” their lawsuit alleges. Peloton has said it has worked closely with the music industry to secure proper licenses for the music it uses in its streaming classes, and has countersued the publishers.

Earlier this month, the music publishers filed a motion to increase their claim against Peloton to $300 million, saying the company’s copyright infringement was worse than they initially thought. Peloton, which is fighting that motion, said in its IPO document that the case remains in court.

Peloton also has been sued by a corporate entity co-owned by prominent New York designer Eric Villency for allegedly infringing on his patent. Peloton has countersued. In its IPO filing, Peloton says it hired Villency in 2012 to help design its bikes. That makes any subsequent claim of patent infringement from Villency invalid, Peloton says.

A judge has ruled against a motion by Villency’s firm to dismiss Peloton’s countersuit, according to the IPO filing, but has not ruled on motions from both sides for summary judgment on the original suit. No court date has been set. In January 2015, John Foley told the luxury website Inspirato that he “invented, researched and designed the bike himself.”

Thu Sep 26 , 2019
CBSN The nation’s top intelligence official is expected to face fierce interrogation from lawmakers on Thursday morning over his decision to withhold a whistleblower’s complaint about a phone call between President Trump and Ukraine’s leader that has prompted congressional Democrats to open a formal impeachment inquiry. Joseph Maguire, the acting […] 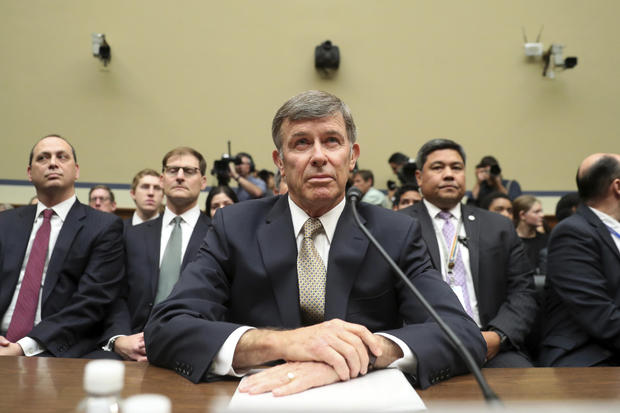