NEW YORK — Moccasin maker Minnetonka is publicly apologizing for making money off of Native culture and promised to do more to support Indigenous communities in the future after 75 years in business.

In a statement posted Monday on its company website, Minnetonka CEO David Miller said the company is not a Native-owned business. He noted the Minneapolis-based company acknowledged its appropriation in the summer of 2020, but Miller said this public apology was long overdue.

“We deeply and meaningfully apologize for having benefited from selling Native-inspired designs without directly honoring Native culture or communities,” said Miller “While Minnetonka has evolved beyond our original product set, moccasins remain a core part of our brand, and in 2020 we began to step up our commitment to the culture to which we owe so much.”

The company timed the apology to coincide with Indigenous Peoples’ Day. President Biden issued a proclamation on Friday to observe Oct. 11 as a day to honor Native Americans, marking the first U.S. president to do so.

To better address the needs of the Native American community, Minnetonka said it has hired Adrienne Benjamin as a reconciliation advisor. She is a Minnesotan, Anishinaabe, and a member of the Mille Lacs Band of Ojibwe.

The company said it’s also making a concerted effort to improve diversity, equity, and inclusion of underrepresented groups at Minnetonka. It added that it made updates to the language it uses in telling its story and describing its products. It also noted it’s committed to collaborating with local Native artists and designers and is exploring potential partners for future collections.

Minnetonka also will seek out more partnerships with Native-owned businesses as vendors and suppliers. In the past year, it has done business with two different Native-owned companies, the company said.

U.S. defends expulsion of undocumented migrants under health policy, even as it eases border restrictions for travelers with visas

Wed Oct 13 , 2021
Migrants expelled from the U.S. and sent back to Mexico under Title 42, walk towards Mexico at the Paso del Norte International border bridge, in this picture taken from Ciudad Juarez, Mexico October 1, 2021. Jose Luis Gonzalez | Reuters The Biden administration on Wednesday defended its use of a […] 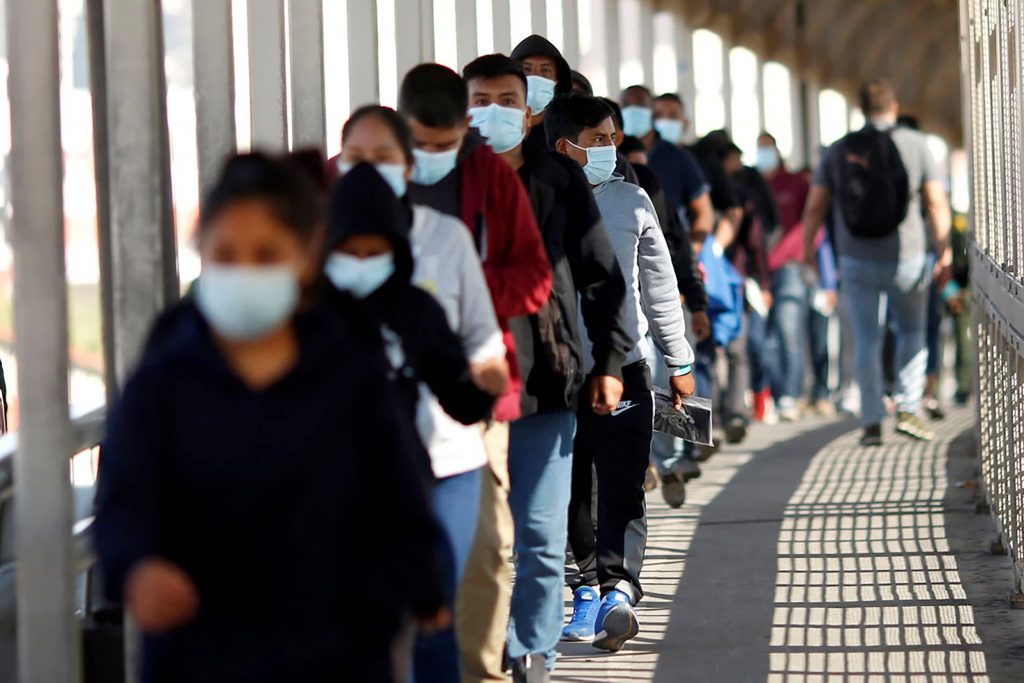