The Arkansas man shown sitting at House Speaker Nancy Pelosi’s desk inside the U.S. Capitol this week has been taken into custody, federal authorities said Friday.

Richard Barnett, of Gravette, was taken into custody early Friday. He is currently being charged with at least three counts: knowingly entering and remaining in a restricted building, violent entry and disorderly conduct on Capitol grounds, and theft of public property, according to Ken Kohl, the principal assistant U.S. Attorney in D.C.

Photos circulated widely showing Barnett inside Pelosi’s office with his feet resting on her desk. “Just because you’ve left the D.C. region, you can still expect a knock on the door if we find out that you were part of the criminal activity at the Capitol,” said Steven D’Antuono of the FBI’s field office in Washington.

The FBI is continuing its investigation to use tips and public photos to locate rioters. West Virginia State Delegate Derrick Evans was also taken into custody after he posted a now-deleted video showing him in the capital. Barnett and Evans are part of 15 others facing federal charges for crimes committed during the riot.

Five people lost their lives as a result of the violence on the U.S. Capitol this week, including a police officer who died from his injuries and a woman who was fatally shot by police. Three others died after suffering medical emergencies, officials said.

Barnett spoke with CBS affiliate KSFM on Wednesday and identified himself as the man in the viral photos. He said he traveled to Washington to see President Trump speak earlier in the day and maintained his innocence. “I didn’t do anything,” Barnett told the station. “I didn’t breach the doors. I got shoved in. I didn’t mean to be there. Hell, I was walking around looking for a bathroom.”

Barnett admitted to taking an envelope off Pelosi’s desk but said he only did so because he bled on it. “I picked up the envelope and put it in my pocket. I put a quarter on the desk because I’m not a thief,” he said.

“The crowds were unbelievable,” he said to KSFM. “We marched down there. They start tear-gassing us. They start roughing up our people. It pissed some people off. They went to the front door, and they started demanding to be let inside.”

Representative Steve Womack, a Republican from Arkansas, condemned Barnett’s actions Wednesday. “I’m sickened to learn that the below actions were perpetrated by a constituent,” Womack tweeted. “It’s an embarrassment to the people of the Third District and does not reflect our values. He must be held accountable and face the fullest extent of the law. This isn’t the American or Arkansas way.”

CDC has not seen emergence of a highly contagious U.S. variant of coronavirus

Sat Jan 9 , 2021
Healthcare workers prepare Pfizer coronavirus disease (COVID-19) vaccinations in Los Angeles, California, January 7, 2021. Lucy Nicholson | Reuters The White House coronavirus task force said there could be a new variant of the virus that evolved in the U.S. and is driving spread, according to a document obtained by […] 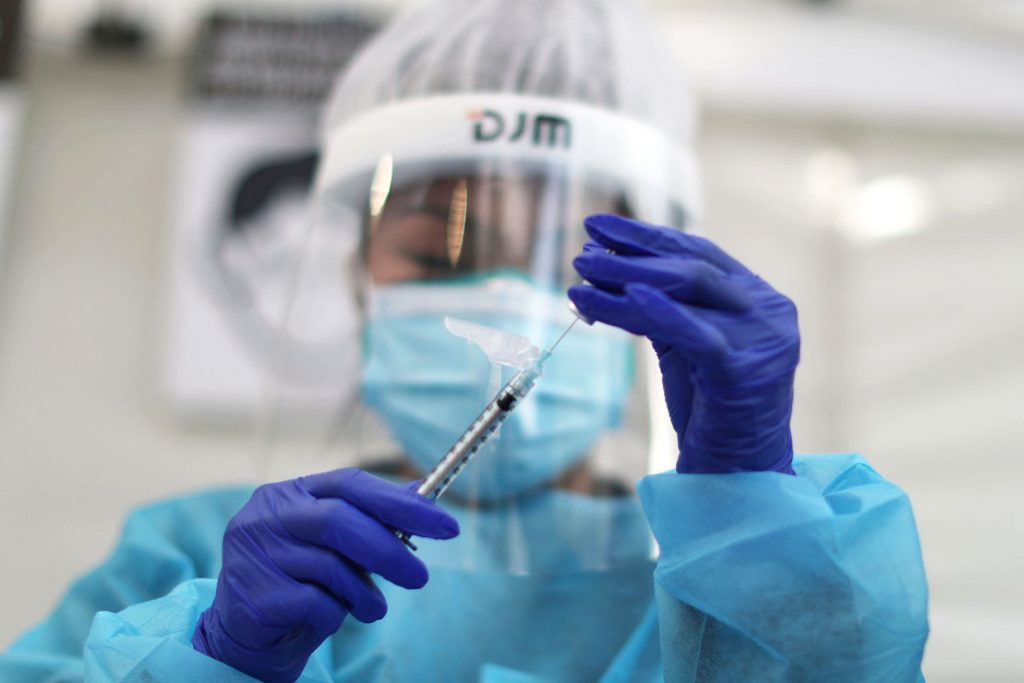