The Department of Health and Human Services is seeking bids from contractors that can carry out a plan to test up to 30% of the country’s wastewater to act as an “early warning system” for coronavirus outbreaks, according to a contract notice posted Thursday.

The notice says that surveillance of sewage water for the virus can detect an increase in Covid-19 cases five to 11 days earlier than by standard clinical testing.

“Data and analysis provided by the contractor’s wastewater surveillance will illustrate a more complete picture of local, community level COVID19 trends, where clinical cases had been dangerously underreported, leading to unchecked spread,” the request-for-quotation notice says. “This can be particularly helpful for communities lacking testing facilities or testing supplies, or for communities in which demand for testing remains low for other reasons.”

The notice adds that the surveillance will not only “help guide the overall reopening strategy, but also serve as an early warning system for local re-emergence events to enable rapid containment.”

Wastewater surveillance has long been used by epidemiologists to track and detect other infectious diseases such as polio. Because infected people, including those without symptoms, shed the virus in stool, it can then be detected in wastewater, offering another indication of how the virus is spreading in a given community.

The contract notice from HHS, however, represents a potentially massive expansion of such efforts coordinated on a national level. And the intention to hand over responsibility for the initiative to a contractor is another privatization of a public health initiative by the Trump administration.

The HHS-backed initiative will begin by assembling a network of about 100 wastewater treatment plants across 42 states to establish wastewater coronavirus surveillance for about 36 million Americans, or nearly 10% of the country, the notice says. It adds that the first phase will begin as soon as Sept. 30 and run eight weeks.

The notice adds that the government could exercise an option to then expand the program to about 320 wastewater plants, accounting for 100 million Americans, or more than 30% of the population.

The contractor is expected to report the wastewater data into the HHS Protect system, a new program set up during the pandemic to coordinate data from various sources to guide the federal government’s response. The system has faced scrutiny because not all data in it is public, but some public health specialists have hailed the program as a major improvement on federal health data collection.

Because the notice is only a request for bids so far, no total dollar amount is currently associated with the initiative. The federal procurement officers who issued the notice did not return CNBC’s request for an estimate of the cost of the contract.

HHS did not lay out which towns, cities or states would be included in the initial or potential second phase of the initiative. An HHS spokeswoman confirmed the department’s plans to leverage “wastewater data to detect trends in COVID-19 cases in the community.”

Earlier this week, a group of lawmakers sent a letter to the CDC encouraging them to invest more heavily in a federal wastewater surveillance program in response to the pandemic.

“No matter how much you try, you’re not going to get everyone to get in line for a weekly nasal swab,” Rep. TJ Cox (D.-Calif.), who led the effort behind the letter, told CNBC on Friday. “However, most Americans utilize a wastewater system, so we can get results from a wider population for a fraction of the cost of individual tests.”

The contract notice appears designed for one company, in particular: Biobot Analytics, a venture capital-backed start-up focused on wastewater epidemiology.

Biobot has previously worked with HHS to test wastewater to determine the prevalence and use of opioids around the country. When the pandemic began, they quickly pivoted to testing wastewater for the coronavirus. In April, the company announced that it raised $4.2 million to ramp up its Covid-19 sewage surveillance program.

The company said in a post published on Medium in July that they are already partnered with wastewater treatment plants in 42 states, accounting for more than 10% of the population. That aligns with the phase one goals outlined by HHS in the contract notice.

And the contract notice is designated as set aside for women-owned small businesses. Biobot was founded in 2017 by Mariana Matus and Newsha Ghaeli. And HHS’ request for bids is open for an unusually short amount of time. The notice was posted on Thursday and bids were initially due by 5 p.m. ET on Friday, according to the notice. HHS extended the deadline for bids after CNBC wrote about the contract to 5 p.m. ET on Monday.

Representatives of Biobot declined to comment for this story. The federal procurement officers responsible for the contract did not explain why the open bid period is so short.

Dave Larsen, an epidemiologist at Syracuse University, who leads his own team working on expanding wastewater surveillance in New York, said his program, which received funding from the state’s department of health last month, has preempted outbreaks on at least three university campuses. He added that his program is now operational in 14 counties in upstate New York and 15 institutions, such as college campuses.

Wastewater surveillance is a cost-effective method to capture the level of spread in a given community, Larsen added.

“If we can document the absence of transmission, then we can ease the fear that exists with a pandemic and get people to engage in a safe and responsible way,” he said. “But then also when transmission does go up, you have that early warning to say, let’s scale back through a simple Public Health Advisory.”

However, wastewater surveillance is no replacement for standard diagnostic testing, Larsen said, adding that it’s just one more tool that can help communities around the country better understand the outbreak.

Use in Bay Area

Kara Nelson, a professor of civil and environmental engineering at University of California, Berkeley, recognized the potential for wastewater surveillance early in the coronavirus pandemic. Her and her team began partnering with various organizations around the San Francisco Bay Area and next week, she said, they will began surveillance for all of the region’s 7 million residents.

“This could provide information on the prevalence of Covid infections in parts of the population where there isn’t a lot of individual testing happening,” she said, adding that a lot of the data on infections is “biased” because of limited testing capacity and uneven demand for testing across different communities.

“Monitoring wastewater for the SARS-CoV-2 virus is an incredibly powerful tool that should be incorporated into our pandemic response at all levels: Local, regional, state and federal,” she said.

She added that there will be hurdles to ramping up wastewater surveillance. Training personnel in wastewater treatment plants to collect the samples takes coordination, she said, and then a qualified lab needs to quickly test the samples and send data to health officials. Not to mention, supply chain issues, which have plagued diagnostic testing efforts throughout the pandemic, could become an issue for testing wastewater, too.

“Many different agencies and entities are involved,” she said. “It actually requires quite a lot of effort.”

The new Apple Watch Series 6 is the best all-around smartwatch, but don't buy it just for the blood oxygen sensor 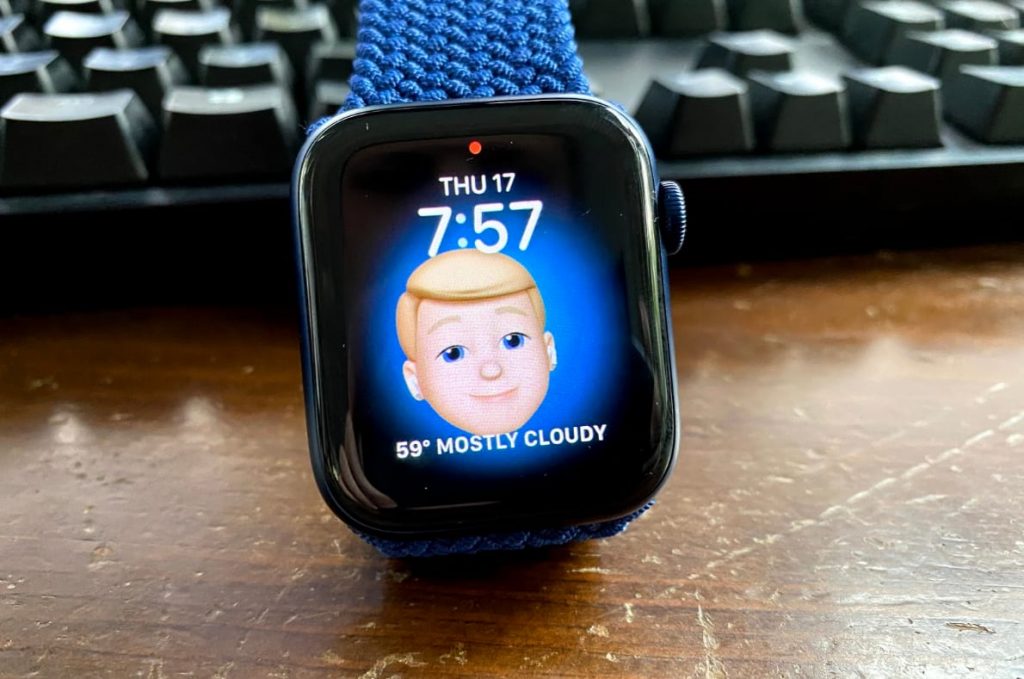