To anyone not in these United States, even the oppressors, America is equated with Freedom.

Dictators and tyrants abhor freedom so they in return abhor America. This is something those of us who pay attention understand.

People who practice Systemic Human Oppression such as Communism or Islam, regardless of nation or sect, fear America.

Because freedom can only survive and flourish under Capitalism, America continues to lead the way.  Even when the elected leaders of these United States act like communism, and verbally state Islam, are both woven, into the very fabric of our country.

Of course this is false and they know it.

Too many individuals in highly elected positions actively hate what America stands for and it is having an incredibly dangerous and harmful effect on us.

It has now become “cool” to bash America. It is become hip to support flag burning. It has become all too common to embrace the illegal criminal while castigating the hard working citizen paying for the abuse being piled on them.

We are being bullied and threatened by our own systems.

The IRS under Obama did target Americans for exercising their 1st Amendment Rights.

This isn’t an opinion.

This happened and is still probably happening.

When the Obama administration puts individuals in our own DHS who have such strong ties to the Muslim Brotherhood that they have to be removed, there cannot be any question any more of intent.

When this same individual supports in public Obama’s support for removing States rights and finishes with AllahuAkbar the time has long passed to only defend freedom on foreign shores.

When we allow this behavior it endangers our way of life as again experienced by the murder of our Military in Tennessee.

Enemies of freedom are amongst us telling us they “hate America” or the United States Constitution is compatible with Sharia Law while burning our flag, calling for death to America, and killing our military…on our land!

We even have people amongst us claiming to love America while trying to rip to shreds anyone who will not be silenced.

Of course this is easy to see as both political parties attack anyone coming from the outside who speaks truth.

This is also found in our own families and “friends”.

The Obama Acolytes use skin color, pseudo economics, and lies to create a rage burning in parts of the country who think they want anarchy.

Calling for illegals to be militant against Americans has been happening for a while.

The Eeyore Ingenues, who are so wrapped up in their own narcissism and pain, don’t understand when a hand is being extended to them. They snap and froth like rabid dogs at anyone or anything trying to fulfill their need to belong to something…anything.

Then we have us.

Those of us who know history and understand human behavior know free societies don’t stay that way because of the “poor”.

It’s the complete opposite.

It’s the entrepreneur, the farmer, the teacher, the veteran that step INTO the fray.

We are being lied to daily.

Taxation without representation has taken place for years.

The debt leveled on us is already too much for the system to bear.

How many more Americans have to die taking pictures while Obama golfs?

How many more donuts will be licked while the American military is shrunk to all time lows while the danger, according to the director of the FBI, is already here.

How many more American soldiers have to die in America at the hand of Islam?

I will go anywhere, any place, any time.

You provide the furnace.

I will provide the fire.

Thu Jul 30 , 2015
Produced by Lourdes Aguiar and Peter Shaw [This story previously aired  on Aug. 1, 2015. It was updated on July 28, 2018.] It was a vicious triple homicide. Yet, there were almost no clues left behind. That’s because fire consumed the crime scene and destroyed vital evidence. With the investigation […] 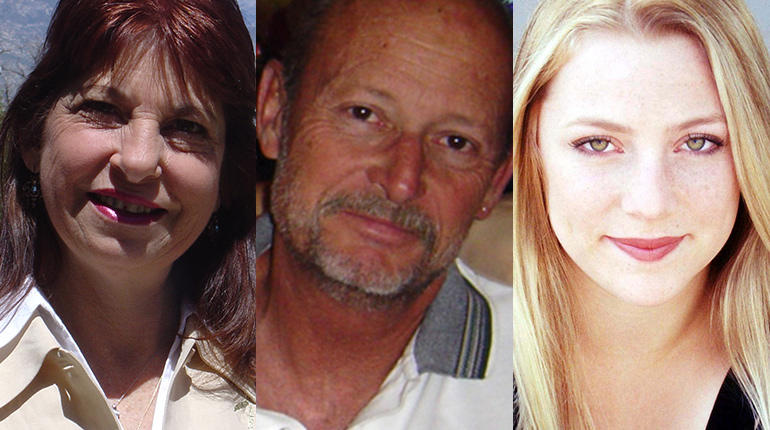