(Reuters) – Current high levels of inflation may not abate as soon as many U.S. Federal Reserve policymakers expect, St. Louis Fed President James Bullard said on Thursday, as he once again urged the central bank to pursue a faster taper of its bond-buying program.

“I think this is concerning,” Bullard told a virtual gathering of the Euro50 Group, with regard to inflation. “While I do think there is some probability that this will naturally dissipate over the next six months, I wouldn’t say that’s such a strong case that we can count on that happening.” Bullard added that he sees only a 50% probability either way.

The Fed signaled on Wednesday it could start reducing its crisis-era support for the U.S. economy by the middle of November amid growing worries on inflation, and said a reduction of its bond-buying program would last until the middle of next year.

Bullard has been among the fiercest advocates among policymakers for an accelerated completion of the Fed’s tapering of its bond-buying program, which was put in place at the onset of the COVID-19 pandemic to stabilize financial markets and keep borrowing costs low.

He has said he would like to finish the taper by the first quarter of 2022 as doing so would allow the central bank to raise interest rates sooner than expected if inflation remains uncomfortably high.

Thu Oct 14 , 2021
FILE PHOTO: MAY 94 – A policeman walks through the wreckage of the stand at Bastia’s Furiani football stadium after its collapse during the French Cup match between Bastia and Marseille. Seventeen people died as a result of the accident and more than 2000 injured. A manslaughter trial begins January […] 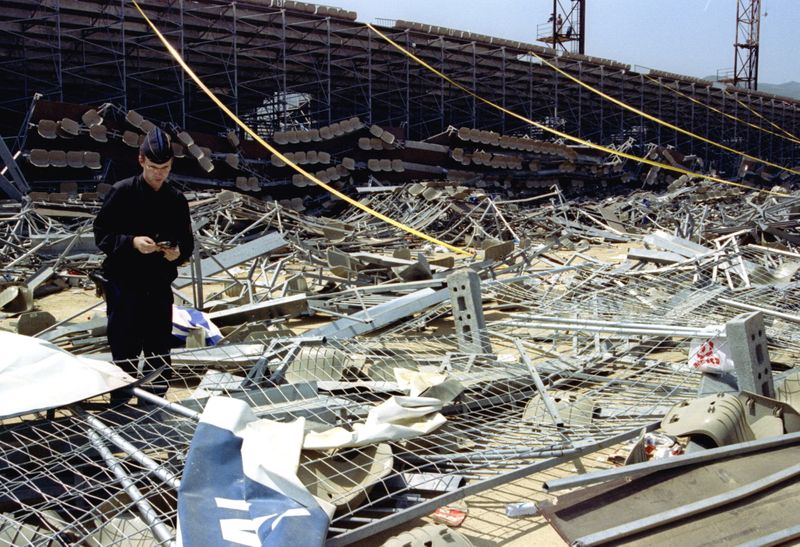