FILE PHOTO: A man wearing a protective face mask, following an outbreak of the coronavirus disease (COVID-19), walks past walk past the Olympic rings in front of the Japan Olympics Museum in Tokyo, Japan March 13, 2020. REUTERS/Athit Perawongmetha

(Reuters) – Major sports events around the world that have been hit by the coronavirus outbreak:

* The Tokyo 2020 Olympics torch lighting ceremony in ancient Olympia was held without spectators.

* The Hellenic Olympic Committee (HOC) suspended the remainder of the torch relay through the country to avoid attracting crowds.

* U.S. Rowing postponed its Olympic team trials and will not run a national team event for 30 days.

* U.S. Olympic diving trials, scheduled for April 3-5 in Tucson, Arizona, were postponed. All USA Diving events postponed for next 30 days.

* The NBA has suspended its season.

* The NHL has suspended its season.

* The MLB will delay its 2020 season’s opening day of March 26 by at least two weeks. It said Spring Training camps were also suspended.

* All elite soccer matches in England, including the Premier League, Football League (EFL) and Women’s Super League (WSL), were suspended until April 4.

However, the National League — the fifth-tier of English football — said all its weekend matches would go ahead, including the lower-level Conference North and South divisions.

* The German Football League (DFL) called off matches scheduled for March 13-15 in the Bundesliga and second-tier Bundesliga 2. They recommended both leagues be suspended until April 2.

* UEFA postponed all Champions League and Europa League matches due to take place next week.

* The Confederation of African Football has postponed two rounds of the 2021 Africa Cup of Nations qualifiers scheduled for March 25-31.

* CONCACAF suspended all competitions scheduled to take place over the next 30 days, including the Champions League and men’s Olympic qualifiers.

* The Paraguayan FA has suspended all games until March 24 and recommended that clubs stop collective training sessions.

* The Colombian league has suspended all tournaments until further notice.

* The Chilean FA ordered all games due to be played between March 19 and April 19 take place without fans.

* The top two tiers of French football — Ligue 1 and Ligue 2 — have been suspended until further notice.

* All soccer matches in Spain’s top two divisions were postponed for two weeks.

* England’s friendly internationals against Italy and Denmark at Wembley on March 27 and 31 will not take place, while Denmark canceled their March 27 friendly against the Faroe Islands.

* The Norwegian Football Federation said it did not plan to hold Norway’s Euro 2020 playoff match against Serbia that was scheduled for March 26.

* Poland’s soccer league has postponed all games at least until the end of March. The resumption date is expected to be announced next week.

* All soccer in the Netherlands was suspended until the end of March. The national team canceled their Euros warm-up matches against the United States (March 26) and Spain (March 29).

* FIFA and the Asian Football Confederation have agreed to postpone Asian World Cup qualifying matches in March and June.

* New seasons in the Chinese, Japanese and South Korean leagues were postponed.

* A friendly between Germany and Italy (Nuremberg; March 31) will take place without fans.

* Tickets are not being sold for the Euro 2020 qualifying playoff semi-finals between Bulgaria and Hungary and Bosnia and Northern Ireland.

* The Brazilian Football Confederation (CBF) ordered all games due to be played in Rio de Janeiro and Sao Paulo to take place without fans until further notice.

* The Uruguayan Football Association said it had suspended all professional games until further notice.

* The Paris and Barcelona marathons were postponed.

* The annual London marathon, due to take place on April 26, was postponed to Oct. 4.

* The race walking team championship scheduled for May 2-3 in Minsk was postponed.

* Kansas Relays in Lawrence, Kansas scheduled for April 15-18 were canceled.

* The Badminton World Federation (BWF) has suspended all BWF World Tour and other BWF-sanctioned tournaments from March 16 until April 12.

* The final qualification tournament in Taiwan for the Olympics was put back from April to June 17-21, while the March 22-26 qualification event in Arizona was postponed https://www.wbsc.org/news/americas-olympic-baseball-qualifier-postponed.

* Japan’s professional league postponed the start of the season.

* The last two games of Australia’s three-match one-day series against New Zealand in Sydney and Hobart were canceled.

* Australia and New Zealand’s limited overs tours were postponed in the wake of new travel restrictions announced by the New Zealand government.

* The start of the Indian Premier League Twenty20 tournament, scheduled for March 29, has been postponed until April 15.

* The cricket boards of India and South Africa agreed to reschedule the ongoing three-match one-day international series to a later date. The first match on March 12 was washed out.

* England’s two-match test series in Sri Lanka that was scheduled to start on March 19 has been postponed.

* The final two stages of the UAE Tour were canceled after two Italian participants tested positive.

* The Paris-Nice cycling race ended a day early after the eighth stage into Nice was canceled.

* The Giro d’Italia, scheduled to start in Budapest, Hungary on May 9, has been postponed.

* The year’s first major, the Masters, has been postponed from April 9-12 to “some later date”.

* The Players Championship in Florida was canceled after the first round. The next three PGA events have also been scrapped.

* The Honda LPGA Thailand event and the HSBC Women’s World Championship in Singapore were canceled.

* The Indian Open, the Maybank Championship in Kuala Lumpur and the China Open have all been postponed.

* The International Handball Federation has postponed all competitions in March, April and June.

* Jokerit Helsinki of the Kontinental Hockey League (KHL) have withdrawn from the playoffs over concerns about the spread of the coronavirus. [L8N2B70RE]

* The International Judo Federation canceled all Olympic qualification events until the end of April.

* Formula One canceled the Australian Grand Prix and postponed the next three races in Bahrain, Vietnam and China.

They hope to start the season in Europe at the end of May, putting the Dutch and Spanish races currently scheduled for May 3 and 10 in Zandvoort and Barcelona in doubt.

* Four rounds of the MotoGP season in Qatar, Thailand, Texas and Argentina will not go ahead as scheduled.

* Round four of the World Rally Championship in Argentina that was scheduled for April 23-26 has been postponed.

* The World Rallycross Championship opener in Catalunya-Barcelona scheduled for April 18-19 has been postponed.

* The Singapore and Hong Kong legs of the World Rugby Sevens Series were postponed from April to October.

* Rugby Europe announced a suspension of all its matches and tournaments from March 13-April 15.

* France’s rugby federation said on Friday that it was suspending all its competitions.

* The Premiership Rugby Cup final on Sunday (March 15) has been postponed.

* Super Rugby, rugby union club competition in southern hemisphere, is suspending its season after this weekend’s games after New Zealand government announced that returning travellers will have to self-isolate for 14 days.

* SailGP has canceled its San Francisco event scheduled for May 2-3.

The SportAccord World Sport and Business Summit due to take place in Lausanne, Switzerland, from April 19-24 has been canceled.

* The Professional Squash Association said World Tour and Challenger Tour events taking place up to and including the week commencing April 27 will not take place.

* The world championships in South Korea were pushed back provisionally from March to June.

* The ATP suspended its professional men’s tennis tour for six weeks after the Miami Open (March 23-April 5) was canceled.

* The BNP Paribas Open in Indian Wells was canceled.

* The WTA said its events in Mexico and Colombia in March and April would not be held. The Xi’an Open and Kunming Open had already been canceled.

* The International Triathlon Union (ITU) has suspended all activity until April 30 including all events on the World Triathlon and Continental calendars.

* The World Cup finals in Cortina were canceled along with the last three women’s races in Are.

* The women’s world ice hockey championships in Canada were canceled.

* The speed skating world championships in Seoul have been postponed until at least October.

* The March 16-22 world figure skating championships in Montreal were canceled.

* Curling world championships for men and mixed doubles in Scotland and Canada canceled, joining women’s worlds that were canceled on Thursday. 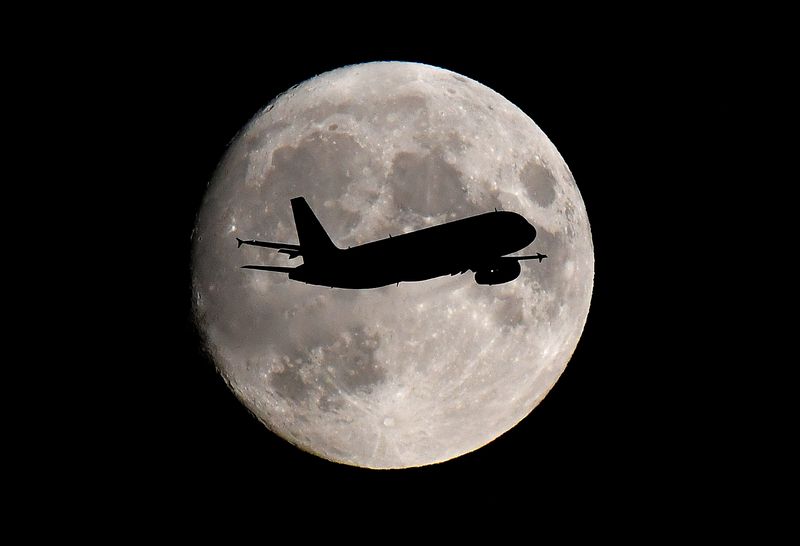