(Reuters) – Banks put European shares on course for a third straight session of gains on Thursday as a Brexit trade deal seemed almost at hand, with just a week left for Britain’s final exit from the European Union.

After months of wrangling, and amid warnings of no deal, Britain and the European Union were on the cusp of striking a narrow trade agreement, sources in London and Brussels said, swerving away from an acrimonious split five years after the initial referendum.

A last-minute hitch related to fishing has delayed the agreement, but an announcement is expected later in the day, Irish Foreign Minister Simon Coveney said.

London mid-caps rose half a percentage to hit their highest since February, while the FTSE 100 was steady with a stronger pound weighing on the exporter-heavy index. [.L]

The pan-European STOXX 600 index climbed 0.2%, looking set to start the Christmas holidays having made up all the losses at the beginning of the week when a new fast-spreading coronavirus strain had spooked markets. [GBP/]

“Everyone’s very curious to see what ultimately will be decided on,” said Bert Colijn, senior economist, eurozone at ING, adding that the big theme was if tariffs were off the table – seen as crucial to limiting the impact on European exporters.

“If you look at it in the very long run… finding a deal at the 11th hour is going to be positive from a growth potential side for the UK economy, and therefore, ultimately… to stocks.”

On the other hand, basic material stocks lagged as copper prices paused after a rally. [MET/L]

Stock markets in Germany, Italy and Switzerland were closed for the Christmas holidays. Trading will resume on Monday, Dec. 27.

Unprecedented amounts of stimulus and lately vaccine optimism have seen the STOXX 600 rise nearly 45% from March lows, though it still remains about 9% below its pre-pandemic high this year and is on course to end the year about 5% lower.

Banks and oil stocks have weighed the most on worries about the economic toll of the pandemic, while technology stocks have led the recovery among major sectors as they emerged winners amid the work-from-home trend.

(Reporting by Susan Mathew in Bengaluru; editing by Uttaresh.V and Subhranshu Sahu)

Politicians and vaccines: Set an example or cut in line?

Thu Dec 24 , 2020
WASHINGTON — As the first round of COVID-19 vaccinations trickled out across the United States, many members of Congress lined up at the Capitol physician’s office to get inoculated. President-elect Joe Biden got vaccinated, too, as did Vice President Mike Pence. Both rolled up their sleeves live on television to […] 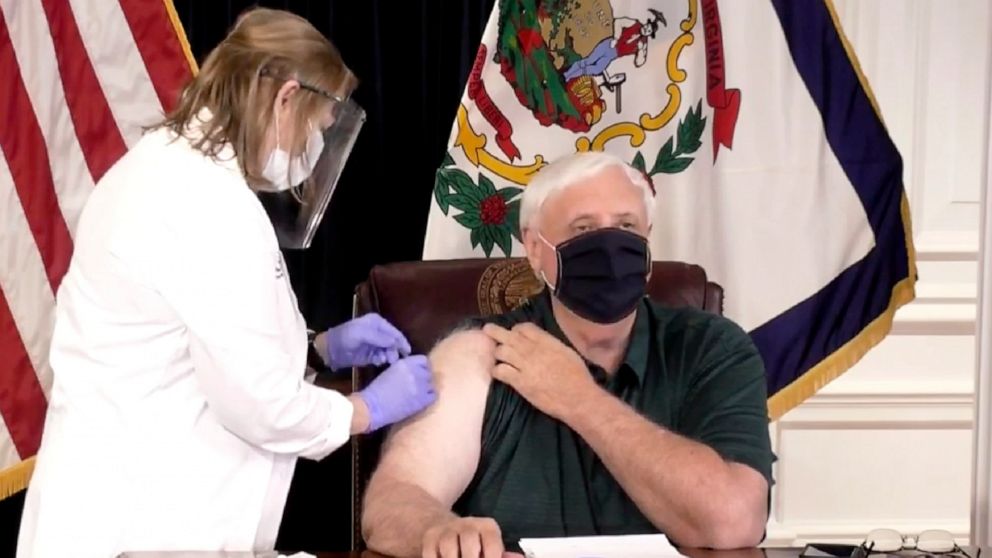