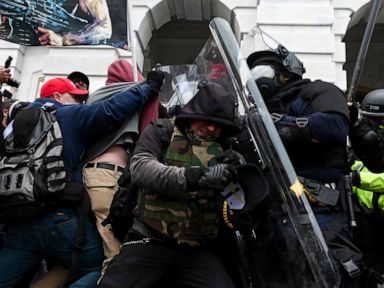 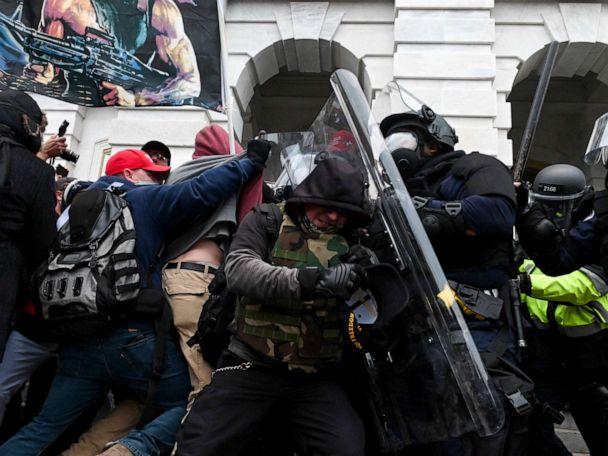 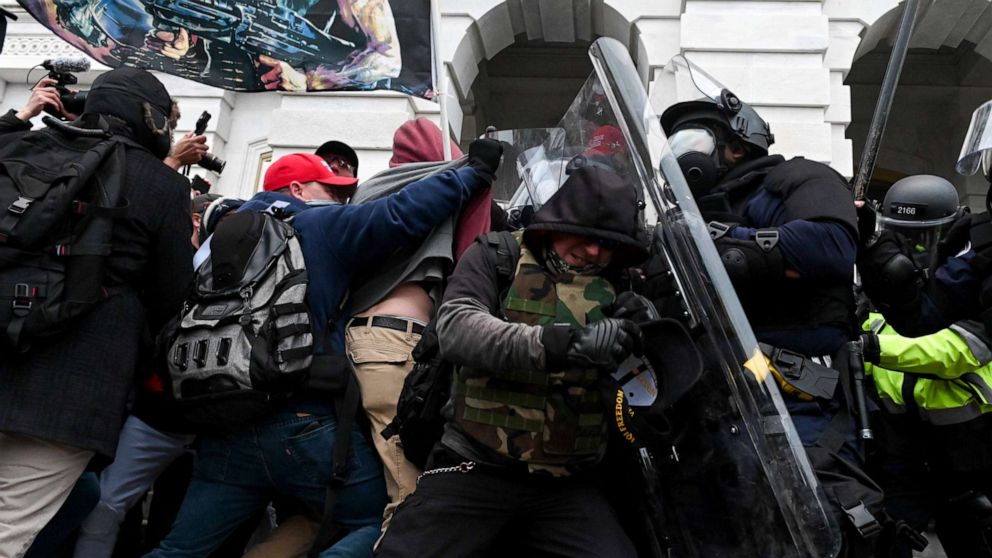 The videos contain surveillance and body camera footage of the attack.

The Justice Department on Wednesday released new surveillance and body camera footage showing the attack on U.S. Capitol Police Officer Brian Sicknick and two other uniformed officers who were defending the U.S. Capitol building during the Jan. 6 insurrection.

The video exhibits, obtained by ABC News and 13 other media organizations following a formal request to a federal judge in Washington, D.C., have been used in the government’s case against two men charged with the assault, Julian Khater of Pennsylvania and George Tanios of West Virginia.

Both men have pleaded not guilty to the charges against them and are currently seeking their release from custody pending trial.

Khater and Tanios are not facing charges in direct connection to Sicknick’s death. Last week, the D.C. Medical Examiner released a report determining that Sicknick died of natural causes the day after the riot, suffering two strokes at the base of his brain stem.

The videos contain surveillance and body camera footage taken during and after the attack on Sicknick and two other officers who were guarding a barricade at the Capitol.

During a detention hearing Tuesday morning, prosecutors walked a judge through videos showing the moments before and after the alleged assault, which they said showed Tanios handing Khater a spray canister that he used against the officers, who then retreated from the barricade as they tried to recover from its effects.

One video shows Sicknick after the assault bent over and rubbing his face as he attempts to recover from the attack.

At a previous hearing in which the videos were played, a federal prosecutor said that Sicknick still appeared to be walking off the effects of the spray 10 minutes after the attack.

One of the female officers sprayed in the attack reported that she was still suffering from scabbing on her eyes three weeks later.