If you think President Donald Trump has gotten as aggressive as he’ll get on the trade front, “you ain’t seen nothin’ yet,” CNBC’s Jim Cramer said Friday.

With steel and aluminum tariffs already in place and more on the horizon, the “Mad Money” host didn’t expect the president to let up on his trade dispute with the rest of the world anytime soon.

He even expected Trump to ban acquisitions by Chinese companies of U.S. businesses to protect intellectual property and continue escalating tensions with the United States’ trading partners, potentially at the expense of the stock market.

“You need to prepare yourself for more combative tweets,” Cramer told investors. “Be prepared for him to try to tear up NAFTA. Dismiss the notion that there are two camps in this administration — a hard line and a soft line. In truth, there are only hardliners.”

And if you can’t handle the pain, the “Mad Money” host’s solution is simple: raise cash.

With that in mind, Cramer turned to his weekly game plan, which on Thursday will involve parsing the results of the Federal Reserve’s stress tests.

The central bank uses the tests, which were established in response to the 2008 financial crisis, to “grade” banks on their ability to withstand financial turmoil.

Good results “will allow the well-graded banks to immediately boost their buybacks,” Cramer said. “I think Citi, letter C, will get the best grades and it’s going to buying [its] stock hand over fist.”

“I would buy Citi on Wednesday, and I’d buy it aggressively, as we will for my charitable trust if we get a chance,” he recommended.

Red Hat’s stock may have just had its worst trading day since 2006 after the company’s earnings guidance underwhelmed Wall Street, but that won’t matter in the longer term, CEO Jim Whitehurst told CNBC on Friday.

“If I could change anything” about the post-earnings conference call, “I would encourage investors to look long-term,” Whitehurst, also Red Hat’s president, told Cramer in an interview.

While the open-source software company beat analysts’ top- and bottom-line estimates, it missed their estimates for the fiscal second-quarter forecast.

One point of weakness for Red Hat, which helps enterprises connect to the cloud and link various applications together, was its lighter-than-expected billings results.

To watch and read more about Whitehurst’s interview, click here.

Cramer isn’t exactly bullish about the tidal wave of earnings coming in July.

“As we head into earnings season next month, there are three things that really worry me,” the “Mad Money” host said Friday.

“One, slowing revenues from the end — or at least the pause — [of] the synchronized global economic expansion. Two, the stronger dollar, which is a very different story from the last quarter and is really bad news for American exports. And three, rising raw costs from tariffs and, more important, higher oil prices,” he said.

Click here for an analysis of all three potential pain points.

Leo Denault, the chairman and CEO of Southern utility play Entergy, told Cramer on Friday that “it’s not economic” for his company to add coal assets to its books anymore.

“The natural gas plants we’re building, the big ones […] are so efficient and so low-cost that coal can’t compete with those,” Denault said in an exclusive interview. “They’re also a much better environmental outcome, so if you look at our fleet, we are one of the cleanest fleets in the United States from an emissions standpoint.”

Entergy’s low production costs attracted investors to its stock, which settled at $80.21 a share Friday. The power generator’s distribution network is centered around the Gulf South and headquartered in New Orleans.

“Out of the investor-owned utility sector, we have been the lowest-cost for a couple of years in a row,” Denault told Cramer. “That’s a combination of the new assets that we’re putting in place, all run more efficiently so they burn a lot less natural gas. They have less emissions, so that’s a lower production cost for our customers. We’ve been very good about keeping a lid on our costs.”

In Cramer’s lightning round, he shared his take on callers’ favorite stocks:

Valeant Pharmaceuticals International, Inc.: “Valeant caught a downgrade today. That’s why the stock was going down. [CEO] Joe Papa’s doing a magnificent job, but you know what? It’s OK for a stock to cool off. I think down $2 is when you want to pull the trigger and not before that.”

Fri Jun 22 , 2018
Thursday was the first day of summer, which means we’re just at the start of hot and tinder-dry conditions that will bring added danger of wildfires in the Western states. Fire agencies are keeping helicopters, air tankers and other equipment ready to attack wildfires at a moment’s notice. High temperatures […] 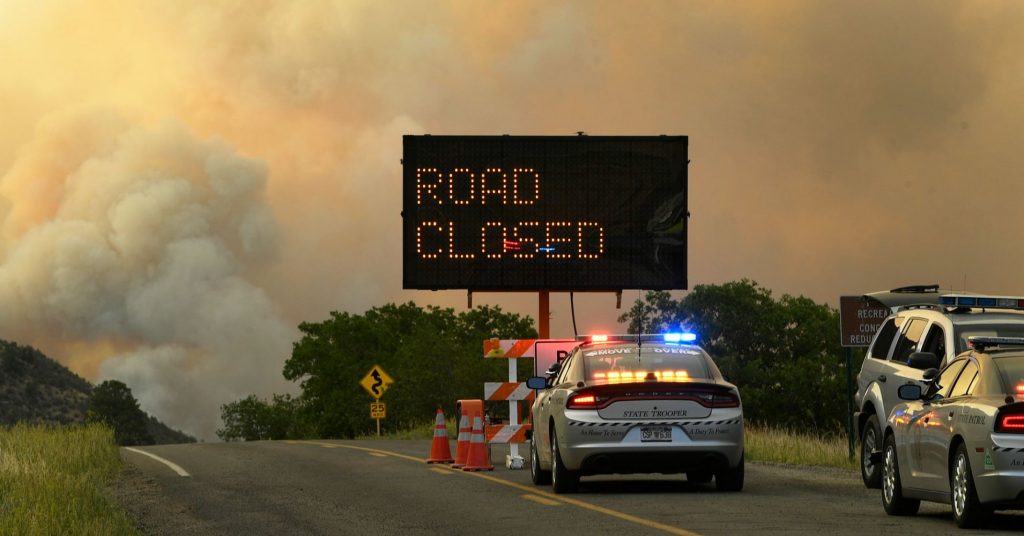