In Sri Lanka’s deadliest violence since a devastating civil war in the South Asian island nation ended a decade ago, nearly 300 people were murdered in mass explosions on Easter Sunday by an attack by a domestic radical Muslim group.

Authorities in Sri Lanka had apparently received warnings that a potential attack was coming but took no action. The threat was revealed to authorities on April 4th, nearly two weeks before the attack.

In coordinated explosions that were detonated in three churches and three luxury hotels in and around Colombo, which is the capital city. A few hours later two more explosions went off at a guesthouse and near an overpass.

While at least 290 people were known to have lost their lives in the massacre, another 500 were injured. The death toll could rise.

On Monday the government of Sri Lanka said that the attacks likely were carried out by a local militant group that goes by the name “National Thowfeek Jaamath” which is a radical Islamist organization that promotes an Islamic terrorist ideology.

The director of the International Center for the Study of Violent Extremism, Anne Speckhard, said,  “These attacks appear to be quite different and look as if they came right out of the ISIS, Al Qaeda, global militant jihadist playbook, as these are attacks fomenting religious hatred by attacking multiple churches on a high religious holiday,”

In early April, several times, international agencies warned of possible attacks. Health Minister Rajitha Senaratne said the defense ministry wrote to the police chief on April 9th to give law enforcement a warning about the intelligence.

On April 11, police wrote to the heads of security of the judiciary and diplomatic security division about the warnings. It is not known if any action was taken.

On Sunday Wickremesinghe said, “We must look into why adequate precautions were not taken.”

The ultimate blame for the horrific blasts has been put on at least seven suicide bombers who were citizens of Sri Lanka. Forensic analysis of body parts found at six sites determined the number of the suicide bombers who conducted the coordinated assault.

Authorities said foreign links to the plot were suspected and at least 24 suspects were in custody for questioning.

On Monday, one of the churches that was targeted, St. Anthony’s Shrine, had a van parked outside close the church since Sunday. It exploded scaring many pedestrians who ran for their lives but no injuries were reported after that blast.

The archbishop of Colombo, Cardinal Malcolm Ranjith, said, “We placed our hands on our heads when we came to know that these deaths could have been avoided. Why was this not prevented?”

On Sunday the U.S. State Department confirmed “several” Americans died in the attacks. A revised travel warning for Sri Lanka has been issued. It says that terror groups continue to plot and may possibly carry out new attacks in hotels and churches. Possible targets include tourist locations and transportation hubs, noting the terrorists “may attack with little or no warning.”

Social media has remained blocked after officials said they needed to curtail the spread of false information and ease tension in the country of about 21 million people.

Christians were targeted in this horrendous attack. That fact is clear. Now, I think back to Paris, France and the very large fire that burned Notre Dame Cathedral. There were no fatalities but the beautiful structure became a raging blaze of flames.

Was the fire an accident? I, for one, would not rule out that the fire may have been intentionally set. Notre Dame is a religious icon and I have no doubt that there were some evil people who celebrated the fire that damaged the Christian symbol.

The targeting of Christians is becoming more and more widespread and I find that to be very disturbing.

Mon Apr 22 , 2019
The U.S. Supreme Court announced Monday that it will hear three high-profile cases involving employment discrimination against LGBT Americans. Together, the court will determine whether federal civil rights protections extend to include sexual orientation and gender identity. The cases center on Title VII of the Civil Rights Act of 1964, […] 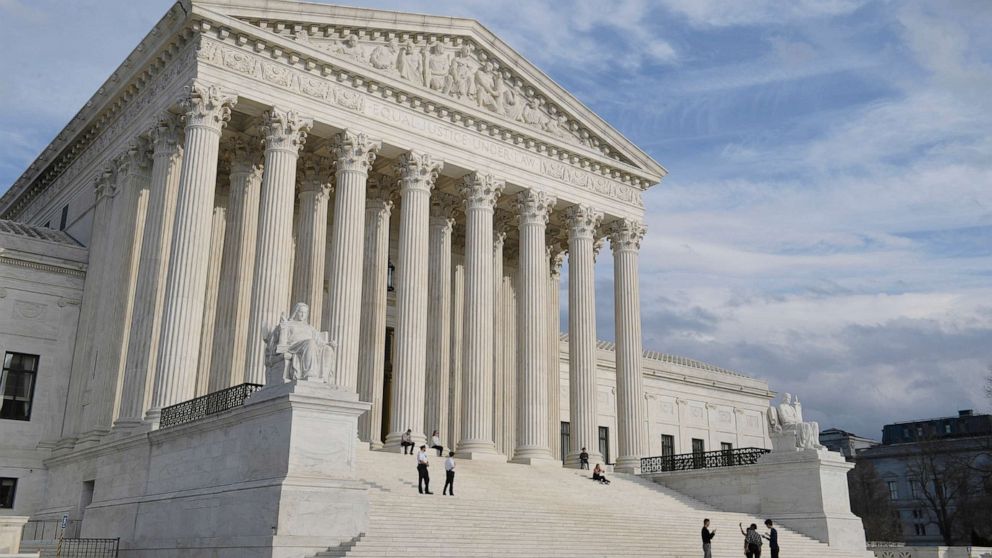